Without Black Voters, the Campaign to Recall California’s Governor is Going to Fail

The point at which Gov. Gavin Newsom and the Democratic Party establishment should really be worried about the efforts to recall him, is if Black women decide to send a reminder to them both that they still need us. 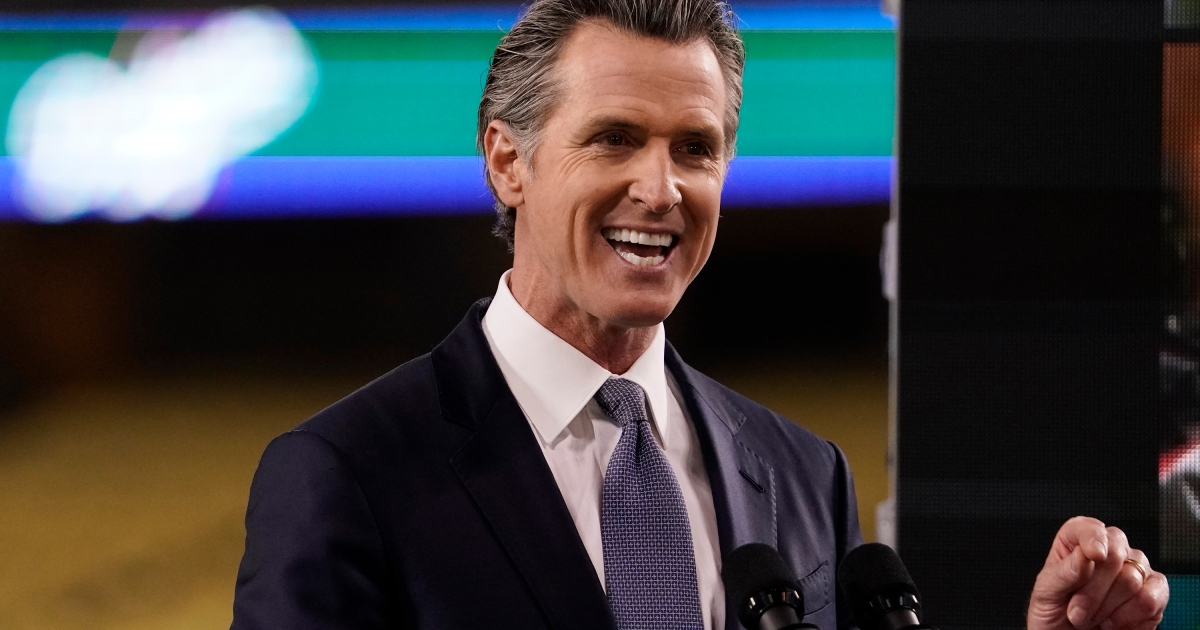 The point at which California Gov. Gavin Newsom and the Democratic Party should really be worried about the recall is if Black women decide to send a reminder to them both that they still need us.

California Governor Gavin Newsom is no great friend to Black people in his state. He made it clear how he felt about us when he ignored the calls for him to keep a Black woman in the U.S. Senate by replacing outgoing Senator Kamala Harris with another Black woman. So the point at which Newsom and the Democratic Party establishment should really be worried about the efforts to recall him is if Black women decide to send a reminder to them both that they still need us.

The Democratic Party establishment continues to have a fair-weather relationship with Black Democrats–a relationship where they support Black-led issues like criminal justice reform only when it’s easy and convenient to do so. Many Democrats are publicly sympathetic and supportive of issues like Black Lives Matter and have no problem using the cause to look good on social media. Still, when it’s all said and done–when it really matters–they do not come through with the support or the votes to make institutional changes. We saw that with the last legislative session when the Democratically led Legislature couldn’t muster up enough votes to pass one top policing reform bills, and we saw it recently when Newsom ignored the pleas of Black women in his state to make sure they were represented in one of the highest bodies of government in the country.

I don’t care how much “steam” the recall campaign gains or what polls say–at the end of the day–Democratic voters outnumber Republicans by almost a 2-1 margin in California, so it’s going to take more than the votes of Republicans to get the recall over the finish line. And while many of the Party’s go-along-to-get-along Democrats won’t budge on their support for Newsom, I know some Democrats who could take him or leave him.

I’ve been watching the Republican-led recall campaign to recall Newsom with great interest. As both a Black woman who is a Democrat and a political strategist, I couldn’t help but notice that during their campaign’s signature-gathering phase–they haven’t been talking to Black voters–and no–Black Republican Joe Collins doesn’t count.

Now to be fair, the Republican Party not talking to Black voters is nothing new. But still, it’s something they may want to change if they want a real chance at the recall succeeding.

Franky, as a Black Democrat, I could care less about Newsom being caught at a maskless dinner party at a pricey restaurant. He wasn’t the only do-as-I-say-not-as-I-do politician caught breaking their own rules.

As Black Democrats go, we may disagree with Republicans on who should replace Newsom, but we can do without Newsom for our own reasons.

Long before the coronavirus pandemic, Black unemployment was high in California. The Democrat’s support for labor policies that undermine and hurt Black workers was championed by Newsom’s administration. From month to month, Blacks in California live in a state of perpetual panic because California officials at every level are seemingly conspiring to do everything they can to price us out of our neighborhoods and homes and force us out of the state altogether. Then there’s the fact that Newsom and the Democratically led Legislature talk a good game on criminal justice reform but won’t actually vote for it as we saw last year. And yes–Black people are still disproportionately represented in California’s prison system. Add to all that, the Democratic Party establishment and Gavin Newsom did not support Black Democrat’s push for a Black woman to replace now Vice-President Kamala Harris in the U.S. Senate.

And while I know most Republicans in California could care less about the plight and issues of Black Democrats, there’s an argument to be made as to why they might want to start caring.

It might be worth the Republican Party’s time to sit down with Black Democrats to see if there’s any middle ground to be met.

But let’s be clear. We’ve all heard that politics make strange bedfellows, but no matter how much we dislike Governor Newsom, Black Democrats won’t get into bed with supporters of racist far-right movements like the Proud Boys and QAnon. Before that happens, we’re more likely to collectively sit it out (with popcorn in hand) and let both the Democratic Party establishment and the recall campaign duke it out on their own.

Fact. Black women tend to vote at higher rates than other groups. Fact. 91% of Black women voted for Democratic presidential nominee Joe Biden according to NBC News exit poll results. Fact. We are the Democratic Party’s most loyal voting group–but don’t piss us off.

We don’t have much in California, but Black voters still have the power to sway elections, particularly on a statewide campaign to recall a governor.

The last thing Governor Newsom and the Democratic Party establishment want is for Black women calling for Newsom to be recalled. Why? Because Black women vote, but we also know how to get out the vote.

Strategically speaking, Black Democrats have nothing to lose and everything to gain. We already belong to a political party that takes our vote and issues for granted. It might be time for us to flex our power and remind the Democratic Party that we’re still here and they still need us.

The campaign to recall Governor Newsom would do well to consider that and act accordingly.