Why I Almost Sat Out the Women’s March

My message to the Women's March organizers what that you can’t spend 8 years idolizing First Lady Michelle Obama and then forget about her sisters. 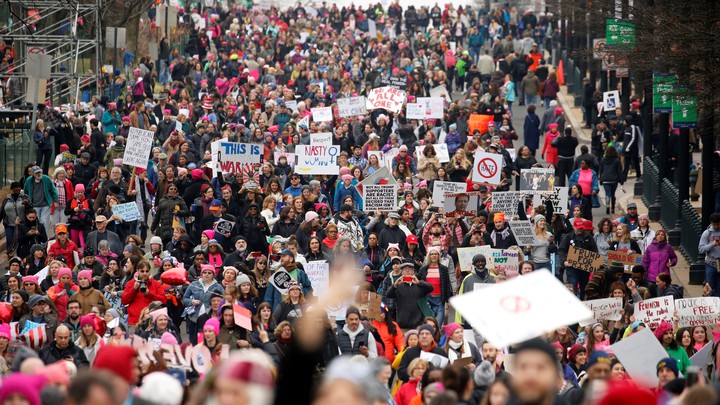 I had decided earlier in the week not to attend my city’s Women’s March. My reasoning was simple. You can’t spend 8 years idolizing First Lady Michelle Obama and then forget about her sisters. I took one look at the list of scheduled speakers and couldn’t help but notice the lack of Black women speakers. To put it more clearly–there were more men scheduled to speak at the Los Angeles Women’s March than Black women.

When I took to social media to point this out and join in the chorus of voices of Black women from coast to coast who were facing similar situations in their cities with their Women’s March, I was told that Black women only make up 8 percent of women in Los Angeles County. So basically—what did I expect?

Second, I expected that a movement of women who have historically overlooked trampled on and straight up ignored the plight of Black women would take that into account in a city as diverse as Los Angeles and not repeat their past mistakes—even if it meant overcompensating. I expected that the organizers would understand that the glass ceiling for white women differs for women of color—in particular Black women. I expected that organizers of my city’s Women’s March—most of whom appeared to be white—would consider the fact that it’s not lost on the rest of us that it was the majority of their sisters who voted—53 percent to be exact—for the man who is now our President and whose election was without a doubt the inspiration for all of the Women’s March’s. I guess that you could say that I just expected more.

But what to do? Complaining about something on social media is one thing but finding a way to participate in a meaningful way and represent the faces, lives, and voices of millions of Black women is another. Besides, I didn’t want to sit this national day of action out at home or in the office watching it on television.

When Saturday finally came, I woke up and went online and decided to attend the Women’s March after all—but in Compton.

We didn’t have cameras or celebrities but we did have a diverse group of committed women and men who came together to lift up the voices of women—and I couldn’t have been happier to be there.

The group decided to march from the meeting area to an intersection known for prostitution and human trafficking—very apropos! And while our numbers didn’t come close to those shown on television at marches around the country, we were just effective at communicating our message of women’s rights and equality and we did it in our own community.

Of the many stories shared by those who attended I was moved the most by the stories from women who talked about having to march in the 60s for women’s rights and the Equal Rights Amendment (ERA).  They talked about the irony of being back in the streets marching for women’s rights in 2017.  I can only hope that 40 years from now women my age aren’t in the same position.

All in all, I’m glad that I got up Saturday and found a way to be a part of something meaningful over simply being symbolic.

Now that’s it’s all said and done, it will be interesting to see if the same women and men who turned out for these marches nationwide find themselves in the near future at similar events organized by and for women of color—including us Black women.

In my best impression of Celie from “The Color Purple”: I’m here.