An example of how changing California's felony-murder rule would benefit unlikely suspects. 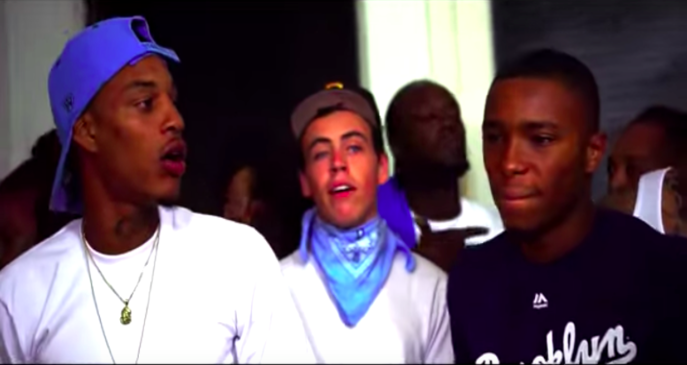 Few believed that Cameron Terrell was innocent in the gang-related shooting death of Justin Holmes in South L.A.

Terrell was the white teenager from Palos Verdes Estates— an area reported as one of the richest places in America where the average household income in 2015 was $245,922. He made national news after he was charged with one count of first-degree murder and two counts of attempted murder after the Oct.1, 2017 killing of 21-year-old Justin Holmes. News spread even more about the case after Terrell’s parents put up $5 million to bail their son out of Los Angeles County jail.

Prosecutors argued that Terrell lived a double life that included belonging to a predominately Black gang in South L.A. They also alleged that Terrell was the getaway driver for two Black juveniles who confronted three men who they thought were rival gang members before opening fire and killing Holmes.

During his trial, Terrell’s lawyer said his client thought he was driving his 16-year-old friends to rival gang territory so they could tag.

An argument — that when reported in the media — was met with rolling eyes by most. Even more so after it was reported that Terrell took video of his friends destroying a memorial for Holmes on his phone.

People I spoke to said Terrell was always at Jesse Owens Park in South L.A. — which is over 20 miles away from where he lived — and considered himself a part of the gang that claims that territory. Pictures surfaced online reflecting that.

In the end, Terrell — was found not guilty on all three counts.

Fast forward to today and the California Legislature sent the governor a bill that would see the Terrell’s of world (in California at least) held to a different standard.

On Thursday, the California Legislature sent legislation to the governor for signing limiting the state’s felony murder rule that holds accomplices to the same standard as if they had personally killed someone.

While Terrell maintained via his lawyer that he had no idea his friends were going to shoot at anyone — this new bill once passed and signed by the governor — could see others like Terrell either not charged with murder or with a lesser crime even though the result is the same. Someone was killed.

Remember, Terrell, claimed he thought he was driving his two friends to tag in rival gang territory.

SB1437 by Sen. Nancy Skinner, D-Berkeley, would limit murder convictions to those who actually commit murders. The law defines such people as those who “with the intent to kill” knowingly aid, solicit or assist the killer, and those who are major participants and act with reckless indifference to human life.

I shared this story not to discourage supporters of criminal justice reform in California — because we need it and it’s long overdue. But rather to point out an age-old adage: if it’s good for the goose, it’s good for the gander.

As I said at the onset of this piece, there were few people outside of the jury that found Terrell not guilty, who actually believed his account.

If the law is supposed to help right an unjust that sees accomplices who are more often than not Black and brown from potentially facing execution or life prison sentences— it can just as well and probably will be applied to the Cameron Terrell’s of the world who aid and abet in the killing of Black and brown people.

When that happens, supporters of SB1437 might want to look to another adage: don’t let the perfect be the enemy of the good. And at the same time try to keep their outrage to themselves.