Michael Richardson was the last to know that coroner’s investigators decided to go back out to the Malibu ravine where Mitrice’s body found. 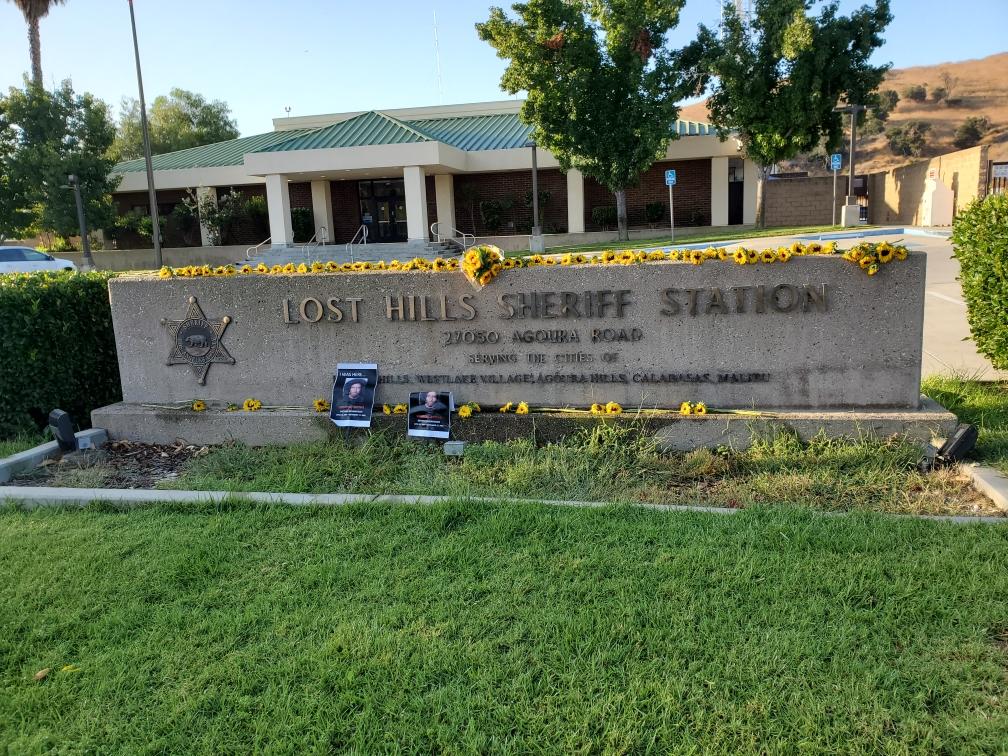 So once more Michael Richardson, the father of one Mitrice Richardson was the last to know that coroner’s investigators decided to go back out to the Malibu ravine where Mitrice’s body—or shall I say, most of her body was found last year, 11 months after she first went missing.  Found was three bone fragments, believed to be from two fingers and a wrist.  Nice.

So when I called Michael to see how he was doing, and him not knowing, and me not knowing that he didn’t know, let’s just that was an awkward conversation.

But what I love about Michael is his ride-or-die attitude, which is very similar to mine.

In no time we were standing in the parking lot of the same sheriff’s station that Mitrice was allegedly last seen leaving from—and it was on.

To say Michael was pissed is an understatement.  The man was mad.  And let’s face it, he has every right to be.  He’s continually disrespected by the sheriff’s department who I suspect just isn’t used to dealing with a Black father who isn’t banging, on drugs, in prison, or just MIA.

I mean who could forget the scene at the sheriff’s headquarters when Mitrice was first found and head sheriff Lee Baca lost his cool with reporters when questioned why Michael hadn’t been notified prior to the press conference.  I’m just saying.

More recently he found out secondhand that the federal bureau of investigation decided to pass on his daughter’s case.  Nice.

And now this.  You have a search and you tell everyone but her father.  That’s some bullshit and Black fathers need to unite around this because it’s Michael today and you tomorrow—and that’s real.

It doesn’t matter what the relationship status is between the mother and the father, together, separated, divorced, not speaking, whatever—it doesn’t matter.  If the father steps to the plate, as Michael has from day one, he has the right to be kept in the loop.  I mean the sheriff’s department does a better job of keeping the media informed than Mitrice’s own father.  Now, what part of the game is that?

We had a few rough moments today when I thought we might need that bail money stashed away—but Michael pulled through it and said what he needed to say as her father and made it clear, he’s not going anywhere.

And for those of us that have been following this case from the beginning—we’d expect nothing less from a man who’s suffered a tremendous loss with the discovery that his only child, his daughter, was found dead and apparently not in one piece–although Baca and cohorts don’t suspect any foul play whatsoever, as the coroner already let us know, we’ll never know anyway.

I sincerely hope that the death no murder of Mitrice Richardson haunts Baca until he takes his last breath of air on this planet.

Oh no she didn’t—oh yes I did.