Steve Harvey is just another in a long line of largely irrelevant Negros being used to represent Blacks in America to white folks. 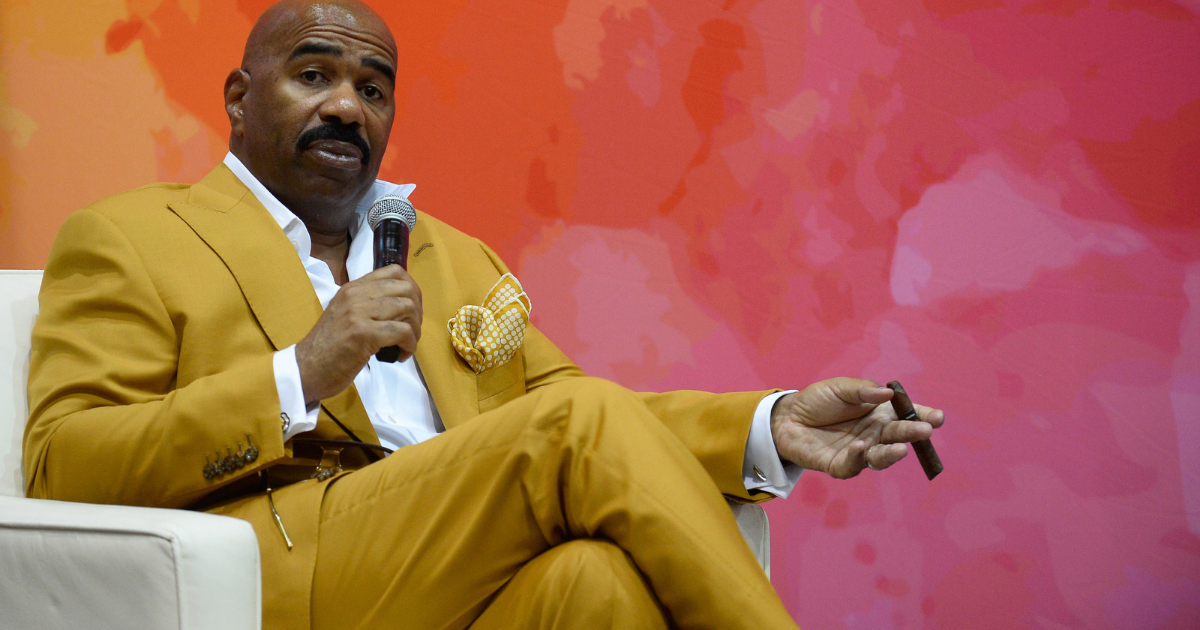 Steve Harvey is just another in a long line of largely irrelevant Negros being used to represent Blacks in America to white folks. Yes—you read that exactly right. The announcement of Harvey working with Donald Trump caused a collective laughter in Black households to be sent from one end of the country to the other—and that’s a not a good thing.

I’m not sure what kind of sway president-elect Donald Trump and Dr. Ben Carson were led to believe that comedian, game show host and radio personality Steve Harvey has with Black people but someone should have told him, it’s not much. And no—that’s not a slight to Harvey. Harvey knows-or at least he should know—that his popularity lies mostly with women, mostly in the South, and mostly with my parent’s and grandparent’s generation.

The reality is that Steve Harvey has about as much influence as Trump and Carson with the folks out in the streets engaging in the type of violence that saw Chicago’s homicide rate soar in 2016—none whatsoever.

Still, Trump’s decision to tap Harvey to help ‘bring about some positive change in the inner cities is a bit of a conundrum. As someone who campaigns on not being or following the status quo, Trump’s selection of Harvey is quite frankly—exactly that. It follows a time-honored tradition in this country that has deemed that only African-American males, usually over 60, oftentimes a Reverend or some other member of Christian clergy and presumed heterosexual can lead Black people. I guess in a way I expected more of the president-to-be.

The problem with Trump’s latest pick is that people don’t need to laugh at or about the violence facing inner-city communities.

Trump’s choice in Harvey is like dispatching Rev. Al Sharpton or Rev. Jesse Jackson—they’re irrelevant to the group of folks I think Trump wants to influence. The selection of Harvey shows African-Americans just how out of touch our next president is when it comes to our community. Actually, it’s eerily reminiscent of the same strategy Democrats use when trying to engage Blacks–and lately that hasn’t been working too well for them either.

It’s no secret that the problem for Trump is that leaders from my generation and younger who would be influential with Trump’s targeted group of Blacks aren’t that easily controlled, impressed or used for political causes and tend to be more–let’s say “radical” for sake of conversation–than some of these folks deemed more respectable like a Steve Harvey, Rev. Al, and Rev. Jackson. In a way, today’s non-traditional leaders mirror some of the same qualities that catapulted Trump into the presidency in that they move to the beat of their own drum. They’re not interested in singing Kumbaya and they don’t believe that Dr. Martin Luther King Jr. and Rosa Parks are the only two African-Americans in American history worth celebrating or learning about. But that doesn’t mean that they aren’t just as concerned about or willing to work towards finding a solution to curb the violence in their communities.

If Trump is serious about addressing the problems facing urban neighborhoods, then he needs to identify real leaders who can do just that. They may not be the traditional aging heterosexual Black male pastor or comedian. They may be millennial rap artists, they may be lesbians—they may even be Democrats. Each generation has its own leaders. If the majority of the people out in the streets engaging in back and forth violence plaguing inner cities from coast to coast were Baby Boomers then I’d say Steve Harvey might be a good pick—but they aren’t. They just aren’t.

Our president-elect can do better. If it’s one thing Donald Trump can do, it’s thinking outside of the box. We’ve seen that with almost every single one of his Cabinet picks. I don’t think anyone will disagree that there we have a problem with violence—in particular gun violence—in the inner cities. The messenger matters as much as the message. Trump should pick a new messenger.

And in closing, in case folks are confused about what the collective Black response to the news of Harvey working with Trump was, I think it sounded a lot like this: