Thanks to the L.A. Sheriff’s Department, White Democratic Donor is Likely to Escape Criminal Charges in Fatal Overdose of Black Gay Man

You’d think it was the made-up plot for the sequel to Jordan Peele’s 'Get Out'--if it wasn’t true. Ed Buck is about to get away with the murder of Gemmel Moore. 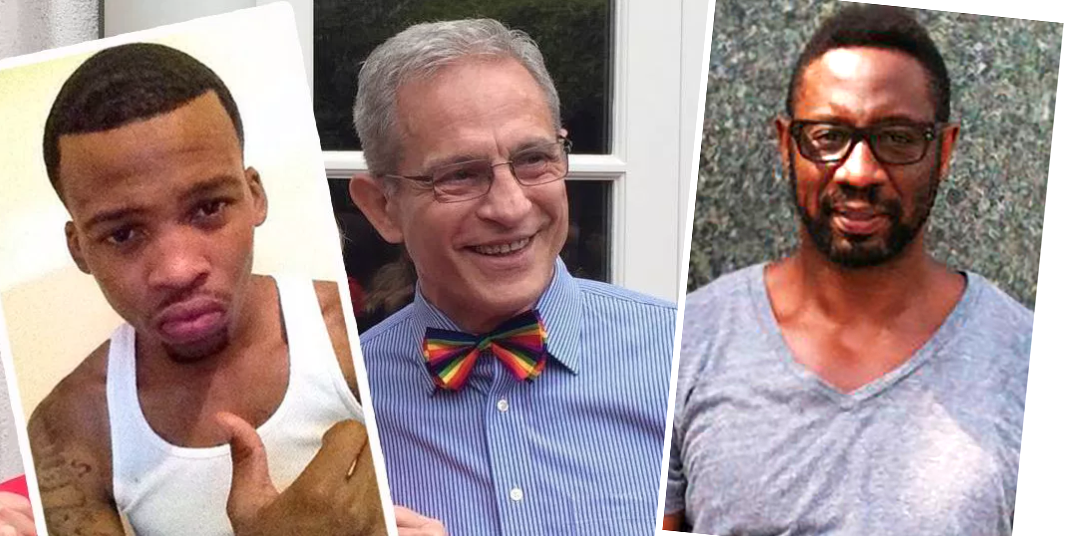 You’d think it was the made-up plot for the sequel to Jordan Peele’s ‘Get Out’–if it wasn’t true.

A 63-year-old white prominent Democratic political donor living in West Hollywood uses the internet to stalk and prey on young, Black gay men who are usually homeless, HIV positive and often work as male escorts.  One of those young men ends up dead of a crystal meth overdose. The police deem it an open and shut case of an accidental overdose–presumably because he was Black and the white man told him that he had no idea the dead man was in his house doing drugs and must have overdosed.  That is until the same young man’s journal is published and other young Black gay men come forward with photos and videos recounting similar stories about a white man in West Hollywood with a lot of money who has a Tuskegee Experiment like fetish. A man who likes to shoot crystal meth into young Black men that he picks up off the street or via dating hookup websites just to see how they react to it while he makes them dress up and pose in white underwear.

But this is not fiction–it’s the story of the tragic death of 26-year-old Gemmel Moore in the home of Ed Buck one year ago July 27. A home that a coroner’s report confirmed was littered with drug paraphernalia including 24 syringes with brown residue, five glass pipes with white residue and burn marks, a plastic straw with possible white residue, clear plastic bags with white powdery residue and a clear plastic bag with a “piece of crystal-like substance.”

Buck has since been accused of being a sexual predator, kidnapping, forced drug use, injecting them while unconscious with crystal meth, filing false police reports to cover his crimes, coercion and pimping and pandering by multiple victims–all criminal charges.

One year later, Ed Buck is no closer to facing criminal charges than the night they carried Gemmel Moore’s lifeless body out of his apartment.

While the media made much of the fact that the Los Angeles County Sheriff’s Department reopened Moore’s death as a homicide investigation, had they followed up they would have learned that it was mostly to save face after Moore’s journal had been published and made national news.  The “investigation” consisted of the Sheriff’s Department relying on me and Gemmel Moore’s family attorney Nana Gyamfi to provide them with evidence, witnesses they could interview–witnesses that we fought and won immunity for in order for them to give statements to police that they didn’t trust in the first place—oh–and one flyer asking for more information about the death of Gemmel posted at Buck’s frequented haunts in West Hollywood.  A flyer that featured Gemmel’s photo rather than a photo of the man known for soliciting Black gay men behind West Hollywood bars. In fact, the detectives early on verbally took on the role of prosecutors and were seemingly more concerned about what charges they thought Buck could fight and get off on –including using Proposition 47–than completing a thorough investigation. That was their “investigation.”

So here we are one year later and once again Gemmel Moore’s name is again in the news and trending on social media–this time because the Sheriff’s Department has turned in their “investigation” to prosecutors for “consideration.”

What’s not in their “investigation” is the account of a young man that detectives called an “illegal male escort.” Why?  Because before the interview could be scheduled they had already offended the young man to the point of no repair.

I’m sure what’s not in their “investigation” is the how the West Hollywood Sheriff’s Department failed to act on complaints by victims of Ed Buck–and how if they had–Gemmel Moore might be alive today.

What’s not in their “investigation” are the multiple cell phones owned by Gemmel Moore that he used to communicate with Buck which probably hold additional evidence.

What’s missing from their “investigation” is a video from May 5 of this year showing yet another young Black gay man at Ed Buck’s house.  A young man who told me that Buck also paid him to do meth but only if Buck was the one to shoot it into his veins. A young man who similar to Gemmel Moore–Buck bought a ticket from Los Angeles to Dallas.

Ed Buck should be charged with murder in the death of Gemmel Moore.

If the roles were reversed, Gemmel Moore would not have benefited from his years of political donations and relationships with politicians.  His word on what happened would not have been taken for face value by the police. Gemmel, or any other Black man who had a dead white man who overdosed on drugs in his apartment, would have been met with: do not pass go, do not collect $200, go straight to jail.

Gemmel Moore and Buck’s other victims may have been male escorts.  They may have even agreed to do things for money that you might find utterly abhorrent.  That’s not really the point because Gemmel–no matter what else–did not agree to be killed that day.

Criminal justice reform isn’t only about police killing unarmed Black men and women.  It’s about changing an entire system that doesn’t value the lives of Blacks whether we’re the suspect or the victim.

On Friday, July 27–the one year anniversary of Gemmel Moore’s death, please join his mother LaTisha Nixon for a community update and vigil in remembrance of Gemmel.