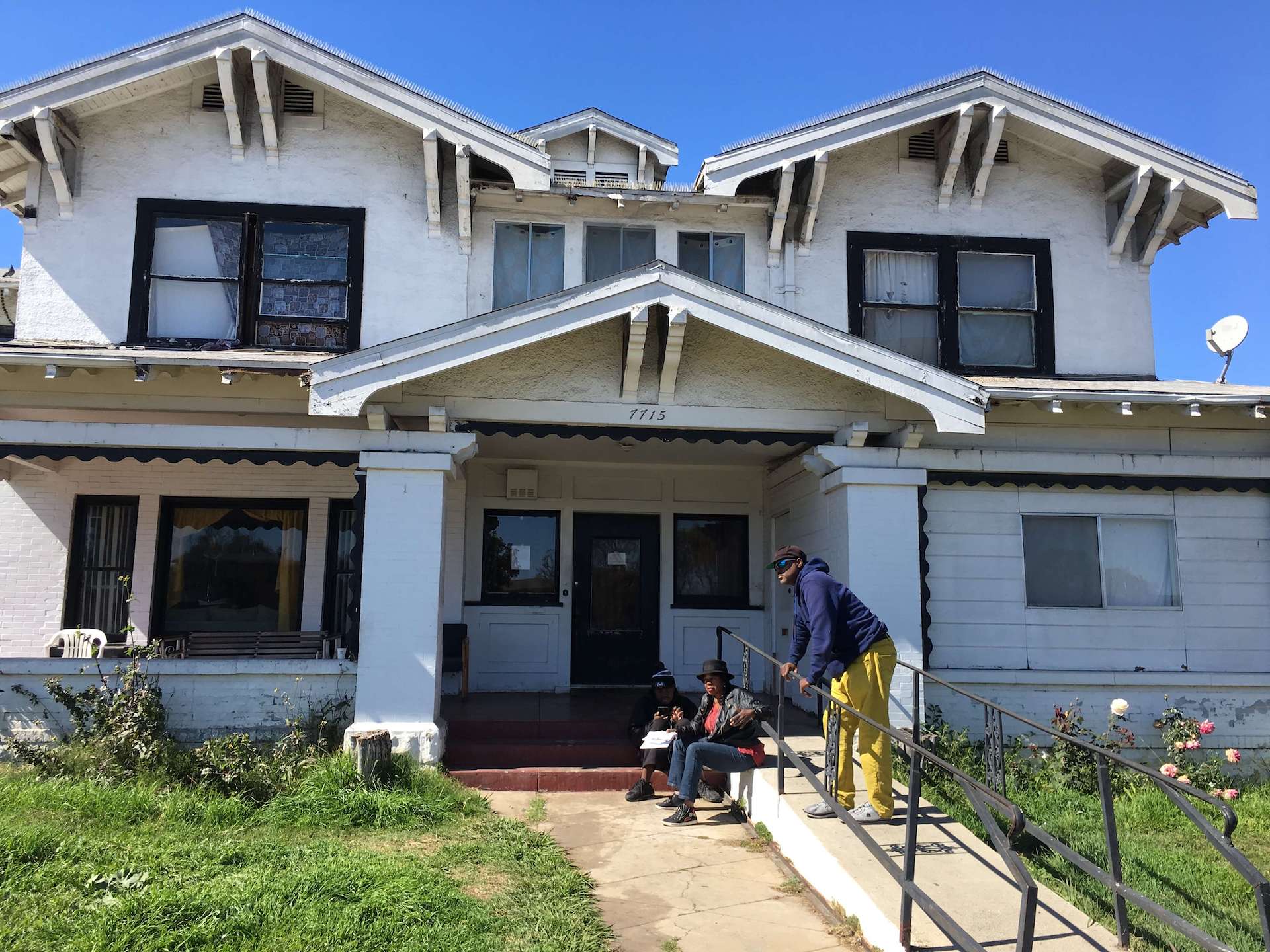 The nearly one dozen tenants facing eviction in South L.A. after property manager Giovanna Wilkerson failed to pay rent and abandoned the property will have to wait a little longer to learn their fate. To read the entire series following their story, click here.

Facing eviction after the transitional housing manager they say they rented rooms from in a neglected and decaying South Los Angeles house disappeared without paying the owner rent, nearly a dozen tenants expected to learn their fate Friday afternoon.

They arrived at the downtown courthouse early for their after lunch appearance in Los Angeles Superior Court’s Unlawful Detainer Court, otherwise referred to as Department 94.

First up on the calendar when Judge Lisa K. Sepe-Wiesenfeld took the bench a little after 1:30 p.m., neither the attorney for property owner nor the tenants had made it inside the courtroom. The judge called the case for second call–meaning the case would be called again after she had finished going through the other cases on the day’s docket.

As Judge Sepe-Wiesenfeld worked her way through the trial, motion and ex-parte calendars, the tenants who were mostly seated together began to get visibly even more nervous. The tenants had cobbled together–with the help of donations via Go Fund Me campaign–enough money to pay for an attorney to help them deal with the pending eviction. But that attorney wasn’t there.

Eventually, another attorney from the Eviction Defense Network arrived in court only to ask for the case to be continued.

Seizing the opportunity of a new attorney–who admitted in open court she didn’t know anything about the case–defense attorney William Abb made a hasty if not disingenuous offer on behalf of his client.

An about-face from the $50,000 (to be split evenly by the nearly one dozen tenants) offered just a few days prior that was still under consideration and a far cry from the $8,050 to $20,050 per tenant the landlord could be on the hook for according to a letter from the Rent Stabilization Division of Los Angeles’ Housing + Community Investment Department (HCIDLA).

Both offers from the landlord came with the stipulation that the tenants must waive their right to sue him in the future.

Darrell Wilson, 49, an aspiring actor and rideshare driver who has been one of the lead organizers for his nearly one dozen roommates said, “They are trying to devalue us.”  Wilson, continued, “It was a slap in the face.  They have no regards for human rights or fairness.  I feel like they don’t even want to treat us as human beings as they should.  Even with the $50,000 split almost 12 ways, it is still a disgrace and that they would go even lower than that.  Because our main attorney wasn’t there they thought they could go even lower.”

Los Angeles is the sixth most expensive rental market in the U.S. wherein 2017 the median price for a one-bedroom was $2,077 while for a two-bedroom it was $3,099. Rental application fees can be $42 per application with no guarantee of acceptance.  Oftentimes landlords and property management companies demand that prospective renters make at least 3 times the rent and pay first and last or first and a deposit before moving in which is often the equivalence of two to three times the amount of the rent.

$50,000 split twelve ways would amount to approximately $4,166 per tenant.  In addition, the landlord in an effort to shield himself from future lawsuits by the tenants is only offering the money if they waive their right to sue–something the tenants say they shouldn’t be made to do.

Disappointed that their attorney hadn’t been able to make it to court and that their fate would be up in the air at least a few more days, the tenants rejected the offer and went back to the place they call home for now.

Both landlord Izydor Wiltchfort and the tenants say they were duped by Giovanna Wilkerson. 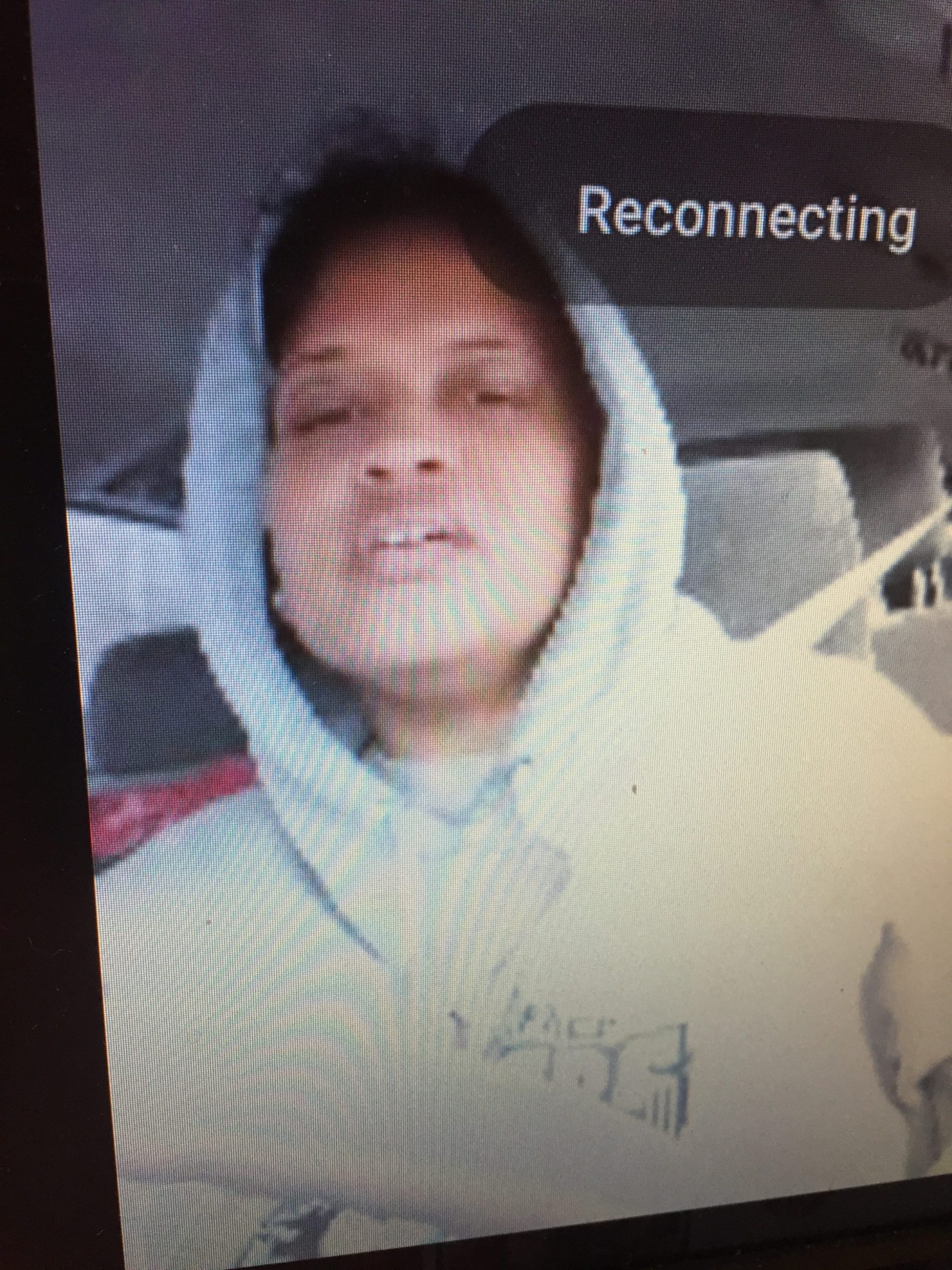 Wilkerson is the subject of an investigation by multiple entities after tenants say she promised them transitional housing that included a clean living environment, meals, and even job assistance. The tenants, who were paying to rent for shared rooms, are currently in the process of being evicted from a nearly 4,600-square-foot dilapidated house on the border of Inglewood in the city of Los Angeles after Wilkerson stopped paying rent to the property’s owner.

Since the story first broke, numerous previous landlords and tenants have come forward about Wilkerson.  A search of court documents shows that beginning in 2009, Wilkerson has had seven unlawful detainers filed against her—almost one every year.  Several landlords have details how Wilkerson ran her business in their homes and then skipped out on paying the rent.

Current and previous tenants say that in order to rent a shared room from Wilkerson demanded access to their debit card numbers, pin codes–including for their Electronic Benefit Transfer or EBT which is used in California is to issue food stamp and cash benefits to recipients.  Tenants say she solicited them online, in front of the Department of Public Social Services and on Skid Row at homeless shelters.

According to the tenants of the Crenshaw house who are facing eviction, residents receiving General Relief pay between $175 to $200 of their $221 monthly benefits for a bed bug infested mattress on the floor in a shared room. The accommodations they say for those who receive more money isn’t any better–they’re just charged more for it. Former comedian and stroke victim Vincent Cook pays $350 to sleep on the floor of a room he shares with a stranger.  Others paid as much as $1,000.

A 19-page city inspection report dated Feb. 20, from the HCIDLA shows dozens of violations were found at the house on Crenshaw. Among the citations were the use of an enclosed porch as a bedroom, broken windows, plumbing blockage, termites and dry rot, broken or missing electrical switches, loose guardrails, hazardous, unapproved, defected or improperly installed receptacle outlets, missing smoke detectors, defective or missing room heating appliances, unapproved plumbing, and dampness in rooms.

Frustrated residents told Nicholas that they filed complaints with several city departments regarding the condition of the house including with the City of Los Angeles’ Department of Building and Safety.

Nicholas told the tenants that his office couldn’t do anything while there was an open case with Building and Safety. He said it’s like the ‘fire department and police department’ in that they have nothing to do with each other.

“Building and Safety already had an open substandard notice that was written in September,” he explained. “What happened with that, I don’t know. When Mr. Mohammad called us in January, I knew that–you know–Building and Safety still had that order. Then when he [Mr. Mohammad] told me that it had ran out, that’s when I came and did the inspection September–no February 9th. He called me on–I think he put a complaint in on January 31.”

The residents still had questions and concerns about why it took so long for the city to act.

As of now, the residents are waiting to see if they qualify for relocation assistance through the City of Los Angeles. Two men Nicholas said were from the department that makes that decision arrived at the house along with him, but never bothered to identify themselves or speak to the residents and left after a quick walkthrough.

When asked about relocation assistance, Nicholas told the residents, “I wouldn’t be able to speak on it, that’s not my expertise.”

A Notice of Abatement for Substandard Property dated Feb. 20 sent to the owner of the house says that all of the code violations need to be fixed by Apr. 13 and that HCIDLA will be back to inspect the property on Apr. 16.

However, the city has ordered the property’s owner to fix the furnace immediately so that the tenants can have access to heat. If he refuses, the city will make the necessary repairs and bill the owner directly.  It is doubtful the furnace will be fixed before the end of the latest rainstorm to hit Southern California.

Through his attorney, landlord Izydor Wiltchfort said that he was a victim of Giovanna Wilkerson’s as well. A point he reiterated again to the residents in person on Mar. 6 when he toured the house with the city’s housing inspector.

The tenants are back in court on Mon., Mar. 12 and Ms. Wilkerson has not returned to the house on Crenshaw.