The most unprotected person in America is the Black woman. 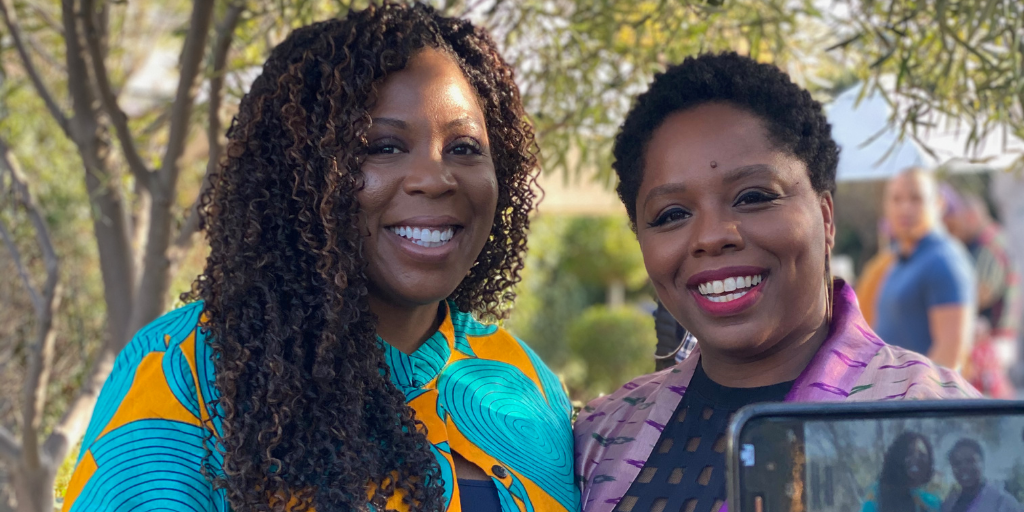 It was true then and it’s true now.

The ongoing violence against Black women has hit an all-time high with the publishing of Black Lives Matter co-founder Patrisse Cullors home address in an effort to call attention to her purchase of several homes.

Patrisse is more than just one of the co-founders of Black Lives Matter.

Long before BLM came into existence she was an artist, an organizer, and a student.

I watched as she would leave meetings to go to class or come into meetings straight from class–infant in tow and all. Like most Black women, including myself, Patrisse juggled more than one job all while being a momma, chasing her dream, and leading a global movement.

Patrisse graduated.  She earned that degree and today she’s a professor among many other things.

Nowhere is it written that if you care about and fight for Black lives that you have to live in squalor and poverty. That you are not allowed to get educated and move up in the world.

You don’t require Black attorneys who win multi-million dollar settlements and verdicts when we’re killed by the police to take a vow of poverty. Nor do you require Black male pastors to refrain from wearing thousand dollar shoes, buying that Rolls-Royce or living in a mansion on the hill. That part.

Let me tell you something, if I sign a multi-million dollar deal with a studio to create content, I am buying a house too and I can’t guarantee that house is going to be in the hood.

In all of the chatter about what Patrisse is doing, what’s not being talked about is the fact that she actually works.  That she has jobs.  Jobs that pay her and just like you or me would do, she’s investing her money and taking care of her family.

I fully expect white supremacists to go after women like Patrisse. That’s what they do. What I don’t expect is for Black women and Black people to follow their lead.  Since when do we take our cue from white supremacists?

There have always been two sets of rules.  The rules for Black women and the rules for everyone else.

Like most Black women, Patrisse was expected to deliver–and she did.

She worked to get the first countywide criminal justice reform ballot measure passed in Los Angeles County.  She helped lead the fight to stop a $3.5 billion jail expansion. She created a grassroots organization that continues to fight for the dignity and power of incarcerated people, their families, and the community.

Am I defending Patrisse? Yes, I unequivocally am because I know what it’s like to be scared for your life because some white racists have given out your home address.

Back in 2005, Stanley “Tookie” Williams, a co-founder of the Crips gang, was scheduled to die by lethal injection at San Quentin prison and I dared speak up against it.  Conservative talk radio show “The John and Ken Show” on KFI-AM (640 AM) held a “Tookie Must Die/Kill Tookie” hour every day leading up to his execution.  The hosts, John Kobylt and Ken Chiampou gave out my contact information over the air.

I received dozens of death threats.  Since this was pre-doxing, the threats were made via email and my cellphone.  It was a scary time.

I made it through because Minister Tony Muhammad made sure that I was protected.  He and the brothers from The Nation of Islam did what we’re supposed to do when outsiders try to hurt our Black women, protect us.

We’ve seen this before. COINTELPRO was a series of clandestine activities by the FBI aimed at surveilling, infiltrating, discrediting, and disrupting Black political organizations.

In Los Angeles, their efforts resulted in the deaths of two people at UCLA in 1969  and ultimately the demise of two Black political organizations which paved the way for today’s street gangs. Mission accomplished.

Patrisse didn’t get rich off of Black Lives Matter. She earned her wealth by putting in the work and doing the things that would ensure she could earn the kind of money to be able to afford as many homes as she wanted.

Now, normally that would be something that we celebrate–again–two sets of rules.

Are we going to standby and allow white supremacists to pull our strings to create chaos and conflict among us?

The attacks against Patrisse are just the latest in the ongoing violence against Black women including trans women and disabled women orchestrated by the same people who don’t really care how many homes Patrisse has but rather the discord it’s caused among Black people.  That’s their real goal.  By feeding into it, sharing it, retweeting it, posting it, emailing it–you are helping to perpetuate the attack against Black women created by white supremacists and reducing the support and influence of a movement that is larger than any one organization or person.

If Patrisse and her family aren’t safe, none of us are safe–and tomorrow it could be you or me.

Jasmyne Cannick is a journalist, political strategist, and advocate.  She helped lead the Measure R campaign in L.A. County with Patrisse Cullors to reform L.A. jails. Measure R was the first-ever countywide criminal justice reform ballot measure and the first ballot measure led by Black women in Los Angeles. It was passed by the voters overwhelmingly in 2020.