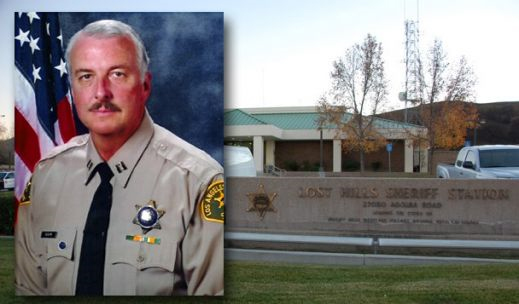 Sheriff Lee Baca and cohorts are continuing their cover-up in the murder of Mitrice Richardson and the role their agency played.

On the defensive, after challenges and accusations were made, Baca and the Office of Dependent Review (and yes, I said Dependent Review), are now toting around a report to the media that says that deputies acted properly in the arrest and handling of Mitrice.

They are evening now putting the blame back on the family saying that Mitrice’s mother Latice Sutton didn’t agree with Mitrice’s friends and wanted to teach her a lesson.  A classic case of blaming the victim.

So let’s address this.

Let’s say that Latice Sutton did tell authorities that she didn’t approve of her daughter’s friends and wanted to teach her daughter a lesson.  What does that have to do with her daughter ending up dead in a ravine decomposing for almost a year?

The only reason the Sheriff’s Department would go on the defensive citing this information would be to place doubt in the public’s mind and to take the focus off of their mishandling of the situation.

It’s clear from the phone calls that Latice was willing to come pick up Mitrice that night but didn’t because deputies told her that she’d be staying the night at the Malibu-Lost Hills sheriff’s station.

What isn’t so clear is why Mitrice was arrested in the first place.

Los Angeles County has an issue of overcrowded jails, jails that are filled with people who committed far more heinous crimes than defrauding an innkeeper for $89 and possessing less than an ounce of personal use weed.  Not to mention, Mitrice had no previous criminal record.  Mel Gibson among other celebrities handled by the same sheriff’s station in similar situations were booked and driven back to their car.  When Gibson acted a fool in Malibu, his car was not impounded like Mitrice’s car was.  Bet the report didn’t tell you that.

Mitrice was arrested and detained by Deputy Armando Loureiro and Deputy Frank Brower of the Malibu-Lost Hills Sheriff’s Department.

According to the arresting officer, Deputy Frank Brower, a field sobriety test was given to Mitrice that indicated she was not intoxicated.

Initial inquires about why Mitrice Richardson was let go included that the Malibu-Lost Hills jail was overcrowded, but it was later proven that it was nowhere near capacity.  Then the story changed to “we let her go because we had no reason to keep her” and in the words of the jailer, “we are not a babysitting service.”

One deputy suggested that she caught the bus.  The closest bus line is the Metro 161 servicing Agoura Hills, Malibu, Woodland Hills, and Thousands Oaks.  Unfortunately, the bus stops running eastbound after 8:45 p.m. Monday through Friday, and westbound at 7:34 p.m.  Mitrice was allegedly released at 12:38 a.m.

So in the end, even after her mother offered to come pick up the daughter whose friends she didn’t approve of and whom she wanted to learn a lesson, Mitrice was released without her car, cell phone, or any money.

The last confirmed sighting of Mitrice Richardson is at the Los Angeles Sheriff’s Department by way of her booking photo.  Until I see a video of Mitrice walking out of the Malibu-Lost Hills Sheriff’s station, no one can tell me otherwise.

It’s interesting that the Sheriff’s had no problem releasing Mitrice’s booking photo to the media, but have not to this day publicly released any video of her in the station or exiting the station.  This is a station that has numerous cameras doing video surveillance and recording 24 hours, 7 days a week.

The report also claims that Mitrice refused offers to remain jailed until daybreak or until she could get a ride and that authorities made substantial efforts to find her in the months after she vanished.

First, authorities knew that Mitrice’s mother was willing and able to come pick her up.  It was the sheriffs who told Latice Sutton that her daughter was going to be kept overnight.  Hence the reason why she didn’t come.  Mitrice had a ride and they knew it.

Also, it should be noted that it took 2 weeks for the family to receive a copy of Mitrice’s arrest report, a report that according to the Los Angeles Sheriff’s Department is usually available in 24 hours but now has been changed to reflect one week.

When the family did receive the report, it was visibly altered and whited out.

The report also had discrepancies.

For example, it stated that Mitrice Richardson didn’t have any tattoos.  Mitrice has two tattoos, one on her neck and one on her lower abdomen.

November 9, 2009, Sheriff Lee Baca issues a report to the Los Angeles County Board of Supervisors stating that his deputies followed current policy and procedure in releasing Mitrice shortly after midnight.

November 11, 2009, Detective Chuck Knolls, one of the lead LAPD detectives assigned to the Mitrice Richardson disappearance calls Mr. Richardson.  Why is this significant?  It was the first time he ever called Mr. Richardson in the 8 weeks the LAPD has had the case.

“First, I can’t imagine how videotapes from the station, if they existed, would help find the missing person. The family asked for perimeter videotapes of the station that would show Mitrice leaving after being released from jail. We have no such tapes. We have cameras mounted at strategic points around the station which feed to monitors at the desk; however, they are live feed and don’t videotape.”

It was only after many complaints of racism and mistreatment of Mitrice’s disappearance the sheriff’s department conducted searches Mitrice.  However, it was too little too late and they never searched the area Mitrice’s body was ultimately found in.  This is odd considering that the sheriffs were area of this area at the time because of its notoriety for being an area where weed is if grown.

And this goes on and on and on until eventually last Monday Mitrice is found.

And being consistent, the sheriff’s even managed to screw that up by not informing Mitrice’s next of kin of the positive ID of his daughter.  Because they couldn’t contact Michael by phone, the coroner’s office opted to leave a voicemail for Michael Richardson, who by law, is Mitrice’s next of kin, and go ahead with the press conference.

During this press conference, Baca all but alluded to the fact that Mitrice’s body may never tell them how she died or if it was a homicide.  But in the same press conference, Steve “witless” Whitmore told the press that where Mitrice’s body was found there are identifiable foot trails that one could use to walk to the location of her body but he didn’t want to speculate on whether or not it was murder.

Now, if Sheriff Lee Baca and the Office of Dependent Review claim that Mitrice’s handling and arrest were proper, they can start by explaining the numerous discrepancies found in the police report as pointed above.  They can then release the video of Mitrice leaving the sheriff’s station, that is if one exists, and if one doesn’t they can publicly explain what happened to said video.  Finally, if you know you’re innocent, take the polygraph.

With accusations as serious as the ones currently lodged at the Sheriff’s Department, if I were Baca, I’d do anything I could to clear my Department’s name, even if it meant subjecting my deputies to a polygraph for the sake of good faith and goodwill towards the community.

After all, everything was done properly, right?