Practicing Law While Black: When You Don’t Fit the Description 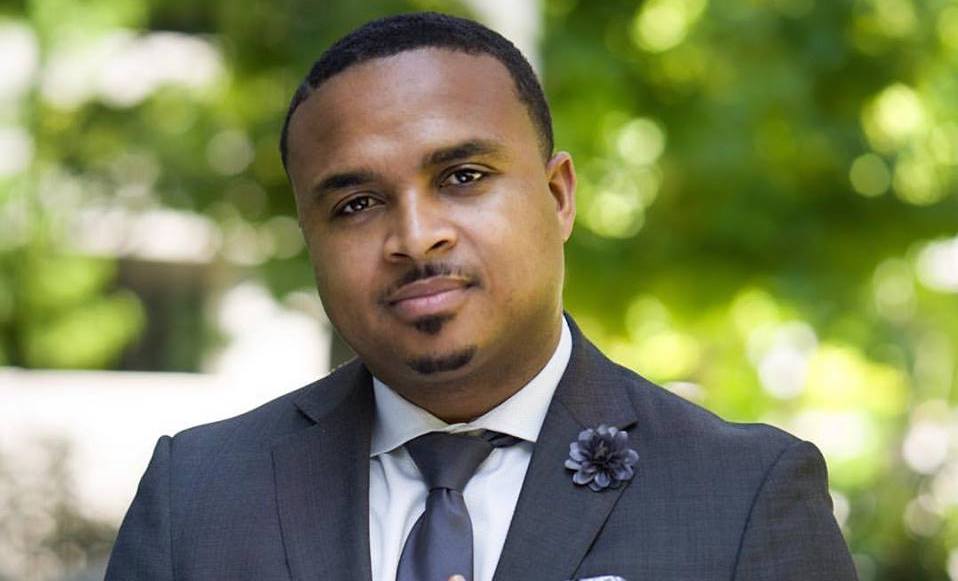 It was supposed to be a routine uneventful trip to the San Bernardino County Courthouse.  One that then 36-year-old criminal defense attorney Jaaye Person-Lynn had made dozens of times on behalf of his clients.

A graduate of Howard Law School (Go Bisons!), Jaaye has been practicing law since he passed the California Bar Exam in 2010.  In his short nine years as an officer of the court, he’s been involved in several high profile cases including representing Charles Belk in 2014. Belk is a Black television producer who according to the Beverly Hills Police Department fit the description of a bank robber and wrongfully detained him on his way from a pre-Emmy gifting suite event.  Belk’s case made national news as the familiar photo of another Black man sitting on the curb handcuffed made it way around social media.

Two years later, attorney Person-Lynn would go on to also represent the son of Wakeisha Wilson. Wilson, 36, would become the rallying cry for Black Lives Matter Los Angeles after she died while in the custody of the LAPD and her family wasn’t told of her death until they inquired about her wellbeing when they didn’t hear from her.

But on January 10, 2019, shortly before noon when Jaaye entered Department S-7 of the San Bernardino County Courthouse–this time it was the opposite.  The Black man did not fit the description–the description of an attorney.

“I was just trying to speak with the clerk about the procedure on how I might be able to change a court date without having to send an appearance attorney,” Jaaye explained.

Jaaye was going to be out of town and for a conference and needed to change his client’s court date on her misdemeanor assault case.

The bailiff, identified in court papers as Deputy Kim Sutton, proceeds to show Jaaye a bar and tells him that only attorneys can cross that bar.

“I tell her that I am an attorney,” states Jaaye.  “I told her that I went to the clerk’s office and they told me to come up here to talk to the clerk.  At the same time I am telling the bailiff this, I am reaching in my pocket to get my wallet to pull out my bar card when Deputy Barrie just passes me and pushes me out to the audience area. And I’m like what the hell, because this is totally out of the realm of reality for me. I’m an attorney in the courtroom.  I should be protected, not assaulted. I didn’t think it was possible.”

“He characterized that as me smacking his hand off of my chest. Had I done that, I promise you he would have responded with force at that moment.”

Jaaye is told again that if he doesn’t have a case in that courtroom that he needs to go to the clerk’s office.

Pull over the car right here.

In all my years of going to court and being in the courtroom as a defendant, witness, journalist and advocate, I have watched countless attorneys come into the courtroom and cross the bar and go right up to the clerk with no problem–even while a case is in session and the judge is on the bench.

Attorney Person-Lynn was forcibly pushed into the courtroom’s vestibule– the lobby just outside of the court door that leads to the door back into the courthouse hallway.

And while you can’t see what is happening on the video–because Deputy Sutton closed the door–you can certainly hear it.

Attorney Person-Lynn continues to repeat himself.

Attorney Jaaye Person-Lynn: “I want to see the clerk about my case.”

Deputy Sutton: So is it your case?

Attorney Jaaye Person-Lynn: I have a case number MSB18020365 and I’m here to talk to the clerk about it.  You fucked up?  I promise you, you fucked up.

It’s at this point you can hear Attorney Person-Lynn being tased while at the same time four additional deputies enter the vestibule. I guess as backup.

Deputy Barrie went on to accuse Attorney Person-Lynn of stepping up on him and threatening him.

I guess when Jaaye told Deputy Barrie that he had fucked up and was going to use everything he had to come after him–that was a threat. Mind you, Jaaye is 5’3″ and Deputy Barrie is  6’2″ and armed.

Jaaye ended up being arrested, booked, and charged with willfully resisting, delaying, or obstructing a public officer, peace officer, or an emergency medical technician, otherwise known as P.C. 148.  If convicted, the misdemeanor carries a maximum penalty of a $1,000 fine, one year in county jail, or both.

In the police report, Deputy Sutton said that Attorney Person-Lynn was not wearing appropriate court attire–collared shirt and blazer.

“My generation grew up with the Steve Jobs, the Zuckerburgs–you know real billionaires, powerful people who wore t-shirts.  As an attorney who didn’t have a hearing that day I didn’t need to wear a suit or a typical polo shirt.  As a Black man I should be able to wear whatever I want to. Society should not criminalize Black people in dashikis in court.”

Angela Reddock-Wright, 50, an employment attorney and mediator (Reddock Law) based in Los Angeles who has been practicing law for 25 years said she hasn’t had Jaaye’s exact experience but she shared one of her own with me.

“I have not had this experience at court but generally when in an office setting, the assumption is I am one of the secretaries or administrative staff, she said. “People have asked, ‘Can you tell me where the restroom is?,’ ‘Where is the kitchen?,’ ‘Can you get me some coffee?’”

Peter Carr, 38, a civil rights attorney (PLC Law Group) also in Los Angeles added,  “I have had countless experiences where I was asked by a deputy or a judge if I was the defendant or a party being represented in court. In fact, just last week in Rancho Cucamonga Court, I had a hearing next to the courtroom where Jaaye is having his trial. When attempting to gain entry into the courthouse, the security requested that I go onto the State Bar’s website to show them my information because I could not access my bar card. However, there were several white attorneys whom they did not card. I asked the security guard how many people they have had impersonate attorneys. Mind you, this is outside of the courthouse before you go through security and the metal detectors. It’s quite ridiculous.”

“What happened is egregious,” said civil rights attorney Rodney Diggs, 38, with Ivie McNeill Wyatt Purcell & Diggs.  “Let’s take away that he is a Black attorney.  The fact that the deputy thought it was okay to take such actions against a Black man speaks volumes.  Because he was not in a suit, they probably assumed he was a defendant and took such inappropriate actions against someone who they more than likely assumed was a criminal.  There was no reason for the amount of force that was used on Jaaye to have been used.”

As of right now, attorney Person-Lynn’s is on trial for one count of willfully resisting, delaying, or obstructing a public officer, peace officer, or an emergency medical technician. After five days of testimony, the case currently sits with a jury of his peers.  If convicted, he faces a $1,000 fine, up to one year in jail or both.

I’ll update this story once the jury comes back with their decision.

UPDATE: A jury convicted attorney Person-Lynn for willfully resisting, delaying, or obstructing a public officer, peace officer, or an emergency medical technician. Their specific reason was that Jaaye struck Deputy Barrie’s hand away from his chest when Barrie was trying to stop him from coming back to the bar area. He will be sentenced Nov. 6.

“The jury decided I had no rights as a human being or attorney,” said Attorney Person-Lynn. “The act I was convicted of lasted less than three seconds, yet I was convicted of obstructing or delaying. Essentially I was convicted of resisting an officer touching me. The jurors that did speak to me said those three seconds obstructed Deputy Barrie from manning his post in lock up, despite them seeing Deputy Barrie not in lock up for several seconds at the start of the video. I’m confident the appeals court will overturn this legal atrocity. The good thing is that this will highlight for many people that it does not matter one’s status, education, or any of that. The only thing that matters for Black people is the understanding that we are less than and should never act as if we have equal rights under the law.”

Jaaye is asking supporters to send a letter to both the judge and the district attorney, or at least one, asking that they dismiss the charge or only issue a fine and no probation or jail time.