Okay, You’ve Marched in the Street. What’s Next?

In 2020, it’s not enough for police chiefs to fire the police officers involved in these egregious situations. 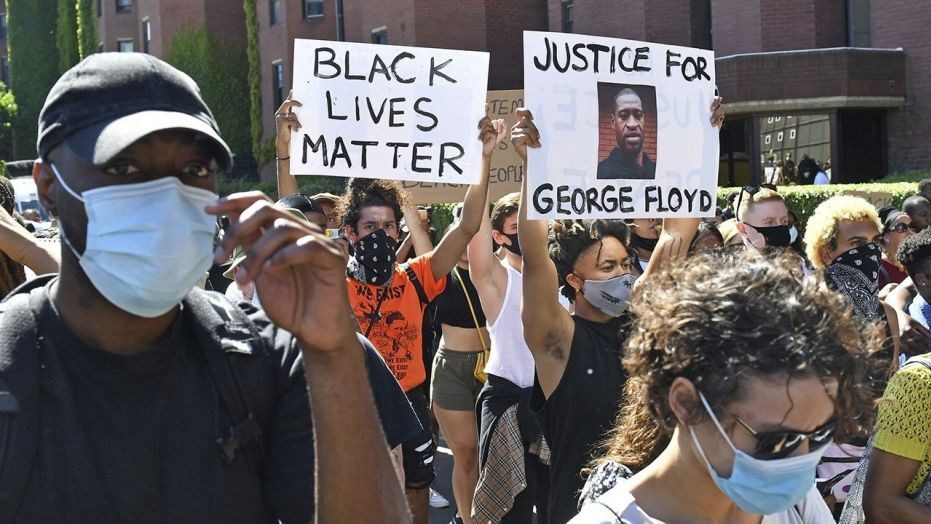 As a Black woman, I get it — the collective anger and rage after watching the killing of yet another Black man by the police. I too have witnessed how the murder of George Floyd by Minneapolis police officer Derek Chauvin has touched off a new firestorm of protests against police killings of Black people around America. But when this round is all said and done with, when everyone has gone home, when the media has stopped their over-sensationalized tone-deaf coverage — what are we left with? A week — maybe two — before we wash, rinse, and repeat the cycle with a new video, a new dead Black body at the hands of the police and a new name to mourn.

In 2020, it’s not enough for police chiefs to fire the police officers involved in these egregious situations. This generation is no longer pacified by lip service. What we demand is that those police officers who recklessly and with no regard for human life kill Black and brown people face the same criminal charges any civilian would in the same situation.

But the reality is, protesting will only get us so far. To effectuate any kind of long-lasting change in this country when it relates to human and civil rights it has almost always required one of two things — a court ruling or legislation.

Facts. There are serious conflicts of interest at the heart of our criminal justice system.

The solution? From state to state, county to county, it’s time to remove the decision on whether or not to prosecute police officers involved in disputed police killings out of the district attorney’s office once and for all and create an independent prosecutor’s office.

Independent prosecutors don’t take money from police unions and should not be appointed by people who do or anyone who is elected for that matter.

Now granted, even with an independent prosecutor’s office, not all force is going to be deemed excessive, and not all fatal shootings are going to dictate criminal charges be filed against the officer involved. But with the removal of any conflict of interest, the public can have faith in the process and an unbiased investigation. That doesn’t exist currently.

For example, in Los Angeles, the Alternate Public Defenders Office was created by the County Board of Supervisors in 1993 to stem the rising costs of indigent defense in cases where the Public Defender had a conflict of interest.

Bonnie cannot be charged with investigating Clyde. Prosecutors work with police day in, day out, and typically they’re reluctant to criticize them or investigate them — much less prosecute them.

As long as prosecutors, elected sheriffs, local and state lawmakers — both Democrats and Republicans — are the recipients of obscene amounts of money from police unions, they will continue to be reluctant to push for any meaningful change when it comes to prosecuting police officers.

Full disclosure, I worked as a consultant for a police union and other labor unions in the past, so this isn’t a knock on labor unions. In all fairness, police unions act like any other lobbyist to get what they want. But there’s only one labor union that has the optics of using its power and money to keep their members from being criminally prosecuted and that’s police unions.

It’s a strategy that’s worked for them for decades and continues to pay off.

Lacey, who oversees the largest prosecutor’s office in the U.S., has been under fire for her 8-year record of failing to prosecute police officers involved in controversial fatal shootings and excessive use of force cases.

And that’s just the district attorney. Police unions have their tentacles spread far and wide. From city hall to the legislature in every state — it’s the reason why lawmakers do very little other than pay lip service and create powerless commissions in response to the cries for justice from their constituents.

There are only one of two ways we’re going to get independent prosecutors — legislation to create and fund the office in each state or direct democracy where the people tell the government what they want in the form of a ballot measure. Since it’s doubtful that legislation would be passed due to the inherent conflicts of interests lawmakers have from taking the police union’s blood money — it’s up to the people to fight for what they want to happen.

As a political strategist, I’m all about the end game — how do we make long term change after the protests so that future generations don’t have to pick up this mantle of fighting police brutality and killings? This fight against police accountability — whether it be the sheriff, constable, watchmen, slave patrol, or slave overseer — has been a burden to every generation of Black people since the first one of us was pushed off the ship that brought us here.

Insanity is doing the same thing, over and over again, but expecting different results.

Complaining does not work as a strategy.

If the prosecution of police officers is truly what the protestors want, then it’s time to get out of the street and participate in civic engagement and change the law.

It’s time to either vote the people out of office who won’t take on the police unions or circumvent them all together and take it straight to the ballot. I’m not saying it’s going to be easy — but then again neither is watching police officers who commit blatant murder walk away and retire from the job with their pension intact. Some of the politicians who take the police union’s money are our friends, people we voted for — African-American themself. It’s time to get off the fence.

Consider this, it’s been 50 years of marching, chanting, and protesting and we’re still fighting the same fight.

Believe me when I tell you that the police unions are counting on y’all to stay out in the streets protesting. At the end of the day, all of those protests are helping their members make out like fat cats from the overtime they’re being paid.

Grammy award-winning singer-songwriter Lauryn Hill once said, “See fantasy is what people want, but reality is what they need. And I just retired from the fantasy part.”

If the same people in the streets of America protesting over George Floyd’s death put their money where their mouth is, pooled their resources, and showed up on Election Day, they could have had the change they’re calling for.