Text messages, witness accounts and a new video showing a prominent Los Angeles area Democratic donor under investigation for homicide was still engaged in soliciting young Black gay men with the allure of money for allowing him to shoot them with crystal meth. 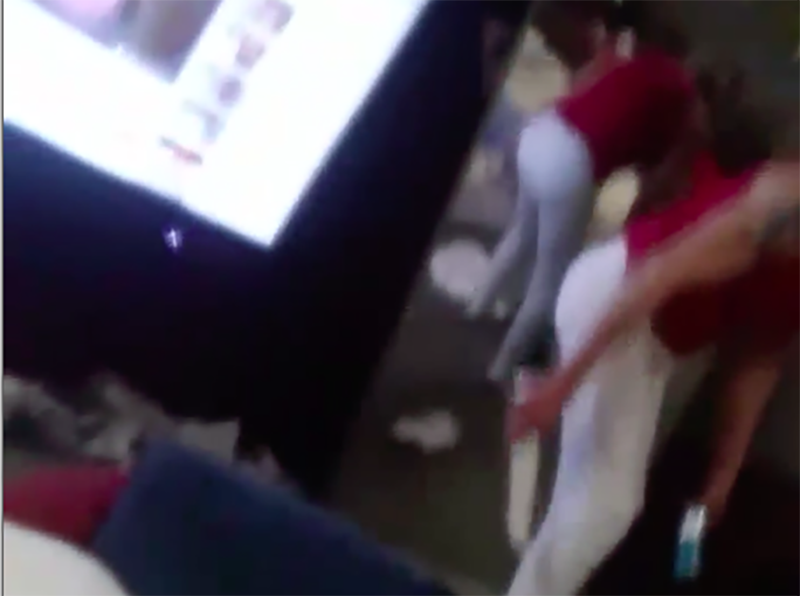 Text messages, witness accounts and a new video showing a prominent Los Angeles area Democratic donor under investigation for homicide was still engaged in soliciting young Black gay men with the allure of money for allowing him to shoot them with crystal meth.

Gemmel Moore was found dead of a crystal meth overdose in Ed Buck’s West Hollywood apartment on July 27, 2017. His death was immediately classified as an “accidental methamphetamine overdose” by the coroner, but the L.A. County Sheriff’s Department’s homicide bureau was forced to open a homicide investigation after Moore’s personal journal was published and other young men stepped forward recounting similar stories about a man who they say has a Tuskegee Experiment like fetish which includes shooting drugs into young Black men that he picks up off the street or via dating hookup websites just to see how they react to it while he makes them dress up and pose in white underwear.

Just prior to Gemmel Moore’s body being removed from Buck’s apartment, images show another young man headed up to Buck’s apartment who had to be stopped by sheriff’s deputies.

In a new video, Buck can be seen moving mirrors around–mirrors that all of the young men say he positions around his apartment so that he can watch them at all times.

Also visible is the infamous red Craftsman toolbox that numerous young men have described as one of the locations where he keeps his drugs and drug paraphernalia including cocaine, meth, heroin, pipes, and needles.

The young man who took the video says that Buck–similar to Gemmel Moore–bought him a ticket from L.A. back to Dallas in exchange for allowing Buck to shoot him with crystal meth.  Meth from a bag that the young man says was only being used on him while Buck used meth from a different bag that looked different.

Below is a series of messages I received from the young man about his May 5, 2018 encounter with Buck. They have been edited to protect his identity and remove Buck’s phone number.

Including this new video, over the past year numerous young men came forward including some who were engaged by Ed Buck during the alleged homicide investigation–showing that even while under investigation, Buck continued to enjoy his lifestyle of preying on young Black men luring them with money and drugs as he did before Gemmel Moore’s death.

On September 11, 2017, according to a 25-year-old Black gay male using the pseudonym “Brian,” Ed Buck sent an Uber to South L.A. to pick him up and bring him back to his Laurel Avenue apartment in West Hollywood.

Brian says that he came in touch with Ed Buck recently on the website Adam4Adamwhere Buck has a new profile after his previous account was compromised when other young men stepped forward with screenshots of Buck’s ad under the name “bucked.”

Brian provided his “receipts” detailing his conversation with Buck prior to his arrival which included texts from Buck’s phone to his and the access code to get into the building.  The same access code that each and every one of the other victims confirmed using.  Brian explained that he didn’t know until the car pulled up to the apartment that he was going to Ed Buck’s home.

Brian said that he arrived around 12:30 a.m. via Uber on the morning of September 11, 2017, and left around 3 a.m.  He said that he smoked crystal meth with Ed Buck and tried on tights and joggers for him. Brian brought his own drugs to Buck’s, although he says Buck was adamant that Brian use his drugs.

“He was very persistent,” Brian said.

Brian told me that Buck asked him if it was okay for Buck to call him the N-word.

“He kept asking if it was okay to call me that,” Brian said referring to the N-word. “But you already know I don’t take no form of disrespect from anyone for any amount of money. He knew he better not to play with me in regards to saying that.”

Brian says that he refused Buck’s pressure to use his drugs and began to feel uncomfortable and started making excuses for why he had to leave.  He even texted someone to call him so that he could fake like he had somewhere else he had to be because Buck was so adamant that he stay–almost demanding. For his troubles, Buck gave him $60 and let him leave.  Brian says that Buck continued to try and get him to come back over but that he hasn’t.

Buck’s attorney Seymour Amster maintains that even though Buck never sent a card, offered to help with funeral expenses or made one single phone call to Gemmel Moore’s mother, that Gemmel Moore was a “good friend” of Buck’s and that he opened “his home to an individual who was troubled.”

However, Amster has never explained how his client, a fairly well-off white man living in West Hollywood, seems to know all of these troubled vulnerable young Black gay men? Buck is not known for his involvement in helping youth or young adults but rather for contributing to political campaigns, banning the sale of fur and rescuing dogs he finds on the street–dogs that by all accounts he treats better than the men he picks up off the street.

To read my complete series, including witness accounts, on the death of Gemmel Moore, please click here.