New Podcast Puts A Spotlight on Murder in Jamaica

Jasmyne Cannick is starting 2022 with a new podcast in partnership with The Advocate shining a light on the murders of queer Jamaicans. 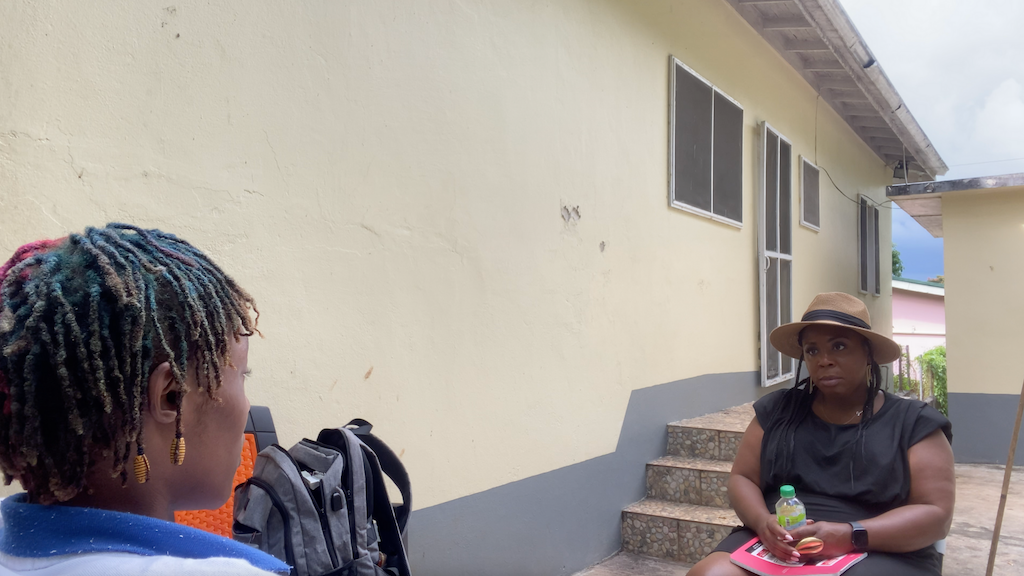 Ahead of Black History Month, The Advocate, the No. 1 source for LGBTQ news since 1967, today announced the official launch of Ring the Alarm with Jasmyne Cannick, an original podcast hosted by Jasmyne Cannick, the award-winning journalist and political activist. In partnership with The Advocate, the show will explore what it is like to be queer and live in one of the most homophobic countries in the world.  Produced in Jamaica, through insightful and engaging conversations with lesbian, gay, and trans men and women including exclusive interviews from inside a network of secret safe houses that helps to hide queer Jamaicans, Jasmyne continues to provide much-needed context while calling attention to the plight of Black queer people in American’s top Caribbean vacation destination.  The first of 8 episodes are available now on Apple Podcasts, Spotify, or your preferred podcast platform.

Just months after securing the conviction of Democratic donor and serial predator Ed Buck for the crystal meth overdose deaths of Gemmel Moore and Timothy Dean, Jasmyne Cannick is back to doing what she does best using her platform to bring her trademark passion for finding and exposing compelling stories that are overlooked, underreported, or just ignored.

“We’re so excited to again partner with acclaimed journalist and activist Jasmyne Cannick,” says Neal Broverman, Editorial Director, Print for Pride Media, publisher of The Advocate, Out, Out Traveler, and Plus magazines. “We’ve had a long relationship with Jasmyne at The Advocate and Out, where we featured several of her commentary pieces and named her to the esteemed Out100 list in 2019. Jasmyne’s insight on issues of race, policing, and politics are invaluable. For Ring the Alarm, Jasmyne presents exclusive, on-the-ground reporting on LGBTQ+ life in Jamaica. As part of the LGBTQ+ community herself, Cannick risked her own safety to broadcast the real stories of queer Jamaicans fighting for dignity amid an environment of intolerance and violence. Don’t miss this series.”

In Ring the Alarm, Cannick was given unprecedented access inside of a network of secret safe-houses that helps to shelter and hide queer people. In her podcast series, she will speak to the Jamaican-American gay pastor who started the first safe house inside of his own home in Jamaica and through donations and using his money has been able to slowly build a network.  She will also speak with various Americans and Canadians working together in what Cannick describes as a modern-day underground railroad that works to get queer Jamaicans out of Jamaica before they are murdered.

“I have always used my platform to elevate Black stories and issues I felt were being ignored and Ring the Alarm is no different,” Cannick said.  “When I was asked to come to Jamaica to speak to the LGBTQ community and share their stories, I immediately said yes. I said yes because American’s have had so much to say about the plight of queer people in places like Iran and Afghanistan but for decades have ignored the murders of lesbian women, gay men, and trans men and women in Jamaica because to acknowledge would mean having to do something about it.  Well not anymore. The lives of Black queer people matter and if we can enact travel bans because of laws that discriminate against members of the LGBTQ community, we can certainly call attention to the murders of queer people in a country that generates over $3 billion in tourism and accounts for over 10 percent of all international tourism receipts in the Caribbean. Americans love vacationing in Jamaica but just beyond the carefully curated tourism corridor, people are being murdered for being queer.  We can’t be okay with that. We can’t keep ignoring that.”

Known for her ability to earn the trust of whoever she’s interviewing while still being able to get answers to the difficult questions, Ring the Alarm is yet another example of Jasmyne Cannick’s exceptional storytelling and on-point interviewing style and a reminder of why she continues to be a beloved voice for the voiceless.

In addition to the podcast series, Cannick says she wants to help raise money for a network of safe houses in Jamaica that are providing shelter to queer people and helping them seek asylum in other countries.

Visit Advocate.com or where ever you find podcasts to download and listen to Ring the Alarm with Jasmyne Cannick on your favorite device now.