Standing room only as community demands answers about death of Mitrice Richardson. 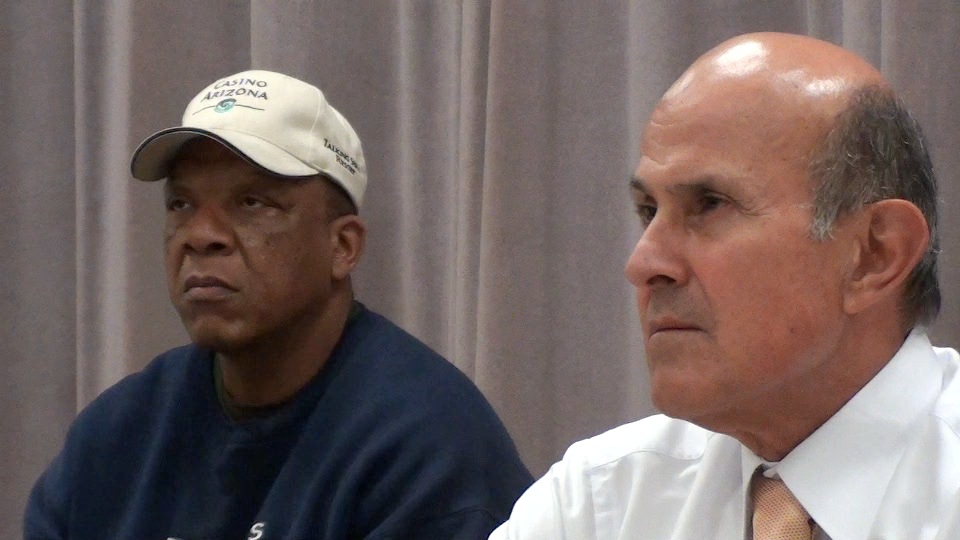 Monday night a standing room only crowd turned out in Compton for the National Association for Justice and Equality in America’s (NAJEA) monthly meeting with special guests Los Angeles County Sheriff Lee Baca and the County’s watchdog Attorney Michael Gennaco from the Office of Independent Review to discuss the death, investigation, and the investigation of the investigation of Mitrice Richardson.

I guess better late than never seeing as how it only took 15 months for the Cal State Fullerton graduate’s arrest, disappearance, and the finding of her body in Malibu ravine for Baca to finally agree to speak with the community.  For some, that’s 14 months too late as most believe her death to be a homicide at the hands of the Lost Hills – Malibu Sheriff’s Department.

While there was a lot of excitement leading up to the meeting, I have to say that it quickly faded after the realization set in that this was going to be more of the same shuck-n-jive game that’s been going on for almost a year and a half—only this time with some of us as willing pawns.

The average person doesn’t evoke applause and verbal gratitude from their employer for showing up to work.  Which is why I’ve never understood this thing that we do as a community when an elected official—or in this case the Sheriff—shows up to meet with the community and we act like God himself just walked into the room.

Correct me if I’m wrong, but I do believe it is Baca’s job to be transparent and meet with the community.  It’s not a privilege or a favor from him to us.  Quite frankly, it shouldn’t have taken a year and half of bad publicity for him to finally to do so.  At the end of the day, whether you voted or not and whether he likes it or not, the community as a whole is his employer.  The sooner we start acting like it, the sooner we’ll start getting the answers that we need.

You see, too often we get the roles mixed up.  Instead of us kowtowing to Baca, he should have started off the meeting by apologizing for refusing to meet with the community until the cries of foul play were too loud for him to ignore.

Instead we continue to willingly participate in this song and dance routine with people like Sheriff Baca when we finally get them in the room.  You know, that thing we do where we have to some how communicate that we’re the “good Blacks.”  So we do everything but roll out the red carpet for the same man who hasn’t really done anything except than deliver lip service to this community for all of the mayhem and brutality caused by his deputies.  Then as if that wasn’t enough, in some sort of grotesque mutated version of the Stockholm Syndrome, using our very best English, to show that we’re worthy to speak to the Great and All Powerful Sheriff and to somehow put ourselves on his level, we unknowingly further aid and abet in the division of our people by rattling off our education as if it were an extension of our last name as if somehow that’s going to impress him.  Look at me I’m an educated Black person!  And those who don’t hold bachelor, masters, or doctorate degrees? Well they just follow suit by announcing their former inmate number.  And for what?  Like I said, we aid and abet our own class division all to impress people who still aren’t going to look at us as anything more than a Blacks—and I’m being kind because that’s the not the word that is usually used when referring to us as a whole by these types of people.

You see I showed up to the meeting angry and wanting answers.  That anger didn’t disappear with a few well-meaning statements and looks of concern from Sheriff Baca.  As a matter of fact it grew stronger as I sat there and listened to the countless atrocities committed by sheriff’s deputies and paid for by us, the victims.

Questions from the community including, does the Sheriff’s Department consider Mitrice’s death a homicide, suicide, or accidental death, are you willing to have the officers that came in contact with Mitrice the night of her arrest take a lie detector test, and who is investigating the investigators were repeatedly and blatantly dodged or outright ignored by Baca and Gennaco—who really needs some serious help with his rolling eyes.

Sadly, there was no pressing the issue or demands for real answers to the questions being asked.  Instead what I thought was a town hall meeting for the community to get answers ended up being a space for the community to release anger about mistreatment by the sheriff’s department.  Which is a good thing, we all need to blow off stress—but I was one of the ones who came in search of answers and not the type of answers you fertilize your lawn with either.

In the end, I think the joke is on us.

I can’t prove it, but if I had to take a guess I’d say that the private conversation before Monday night’s town hall meeting between sheriff’s department spokesperson Steve “the Spin Doctor” Whitmore, Baca, and Gennaco probably went something like this:

“You how these people are, the only thing worse than their bark is their memory. Just stick to the script, shake hands, and appear concerned whenever there’s a camera nearby and we’re home free.”

But we’s is just so happy that Baca took time out of his busy schedule to meet with us all the way out in Compton.

Pics from the Town Hall Meeting 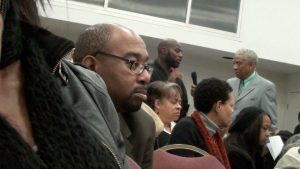 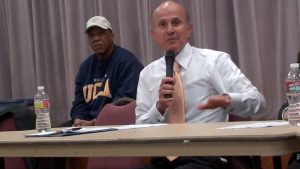 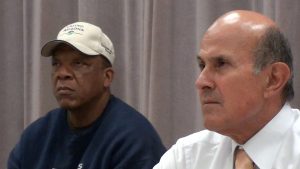 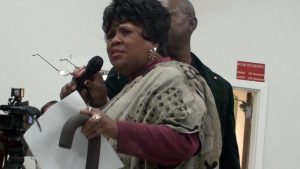