Mitrice Richardson: She Should Be Alive 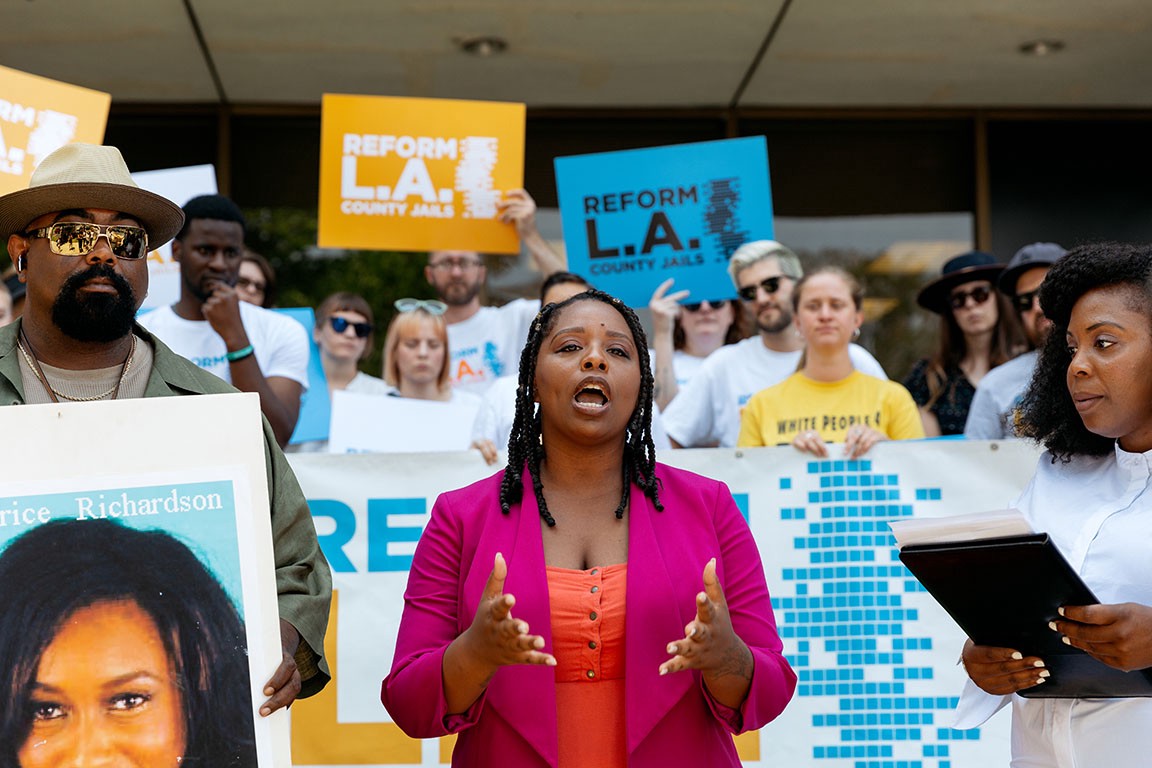 Eight years ago tomorrow, I got a phone call that a body was found and that it was identified as being Mitrice Richardson.

Mitrice’s naked mummified remains were found in a creek bed in Malibu Canyon. This after being arrested on September 16, 2009 on charges of “suspicion of not paying for a meal” and possession of less than an ounce of marijuana when the staff at Geoffrey’s restaurant in Malibu called the Los Angeles County Sheriff’s Department on her for displaying “bizarre” behavior and being unable to pay her bill.

You know the story — or at least you should. She was released from the Lost Hills/Malibu station in the middle of the night without her purse, a phone or her car and never heard from again until 11-months later on August 9, 2010 when her body was found.

I remember picking up her father Michael Richardson from his job in Hollywood and racing to the sheriff’s headquarters in Monterey Park to be there for the announcement by Sheriff Lee Baca.

They weren’t ready for us. We had been a constant pain in their ass from day one. Questioning everything including the sheriff’s decision to arrest Mitrice over less than an ounce of weed and failing to pay a restaurant bill to moving her body against the orders of the coroner. Throughout the entire investigation, the sheriff’s were always trying to exclude Mitrice’s father. They didn’t know what to do with a Black man who was actually involved in his daughter’s life.

Every year on her birthday, the day she went missing and the day her body was found, I post a little something about Mitrice Richardson because her life mattered, because I still do not believe that she killed herself, because I don’t want the sheriffs to forget or think we forgot and because I don’t want us to forget. I don’t think we’ll ever know the truth about what happened to Mitrice Richardson because conveniently there were enough mistakes made, transfers and promotions of employees and retirements to cover it all up. I do believe that former Sheriff Lee Baca knows the truth but I fear with his failing health — the window is closing on the opportunity for him have a change of heart and mind and to come clean about it.

Reform L.A. Jails will ensure that the L.A. County Sheriff’s Department Civilian Oversight Commission has the tools necessary to do its job. The ballot measure would grant the Commission subpoena power to effectively and independently investigate misconduct and require the attendance of witnesses and the production of evidence connected to their investigations and oversight.

We didn’t have the Commission when Mitrice was arrested, went missing or was found dead.

Subpoena power would allow the Commission to compel personnel to give testimony regarding practices in the department. Sheriff Jim McDonnell has been proactive in addressing misconduct and has been met with staunch resistance by the sheriff’s union. If the Sheriff himself is limited by his own department, then it is imperative for the Commission to have the power to proactively identify misconduct. That means subpoena power.