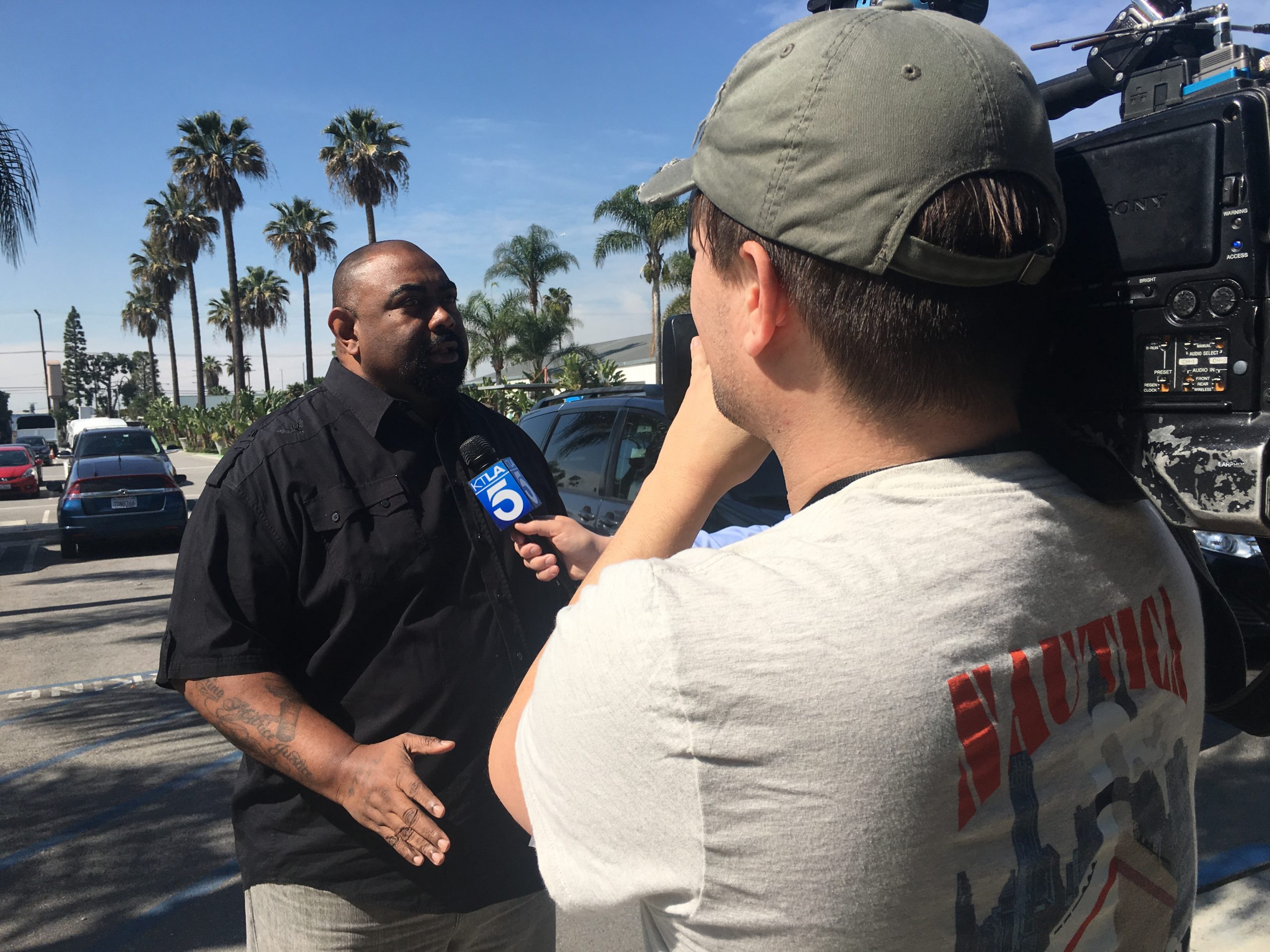 Michael Richardson was not notified that the coroner’s office had decided to undergo a second search for possibly overlooked body parts of his daughter Mitrice Richardson, who was found dead in a Malibu ravine last year after being reported missing for 11 months. Although the media was alerted last Thursday to the search, Richardson didn’t find out about it until media reports surfaced Sunday that bone fragments, possibly including two fingers and wrist were reportedly found in the same area her body was recovered from.

This isn’t the first time that the Los Angeles County Sheriff’s office headed by Lee Baca failed to notify Michael Richardson about something regarding his daughter. When Mitrice was initially found after disappearing from the Lost Hills- Malibu Sheriff’s Department in September 2009, Richardson was notified via a voicemail from the coroner’s office that the skeletal remains were in fact his daughters while Baca and sheriff’s spokesperson Steve Whitmore called a news conference to tell the media.

For Richardson, this is another mistake in a long line of mistakes that started with his daughter being arrested for failure to pay a restaurant bill and possession of less than an ounce of personal use marijuana.

“They’re playing games now,” says Richardson. “As a black man, I get no respect, either way, it goes from the sheriff’s department. My daughter is dead because of them and now even after her death, they are continuing to act as if she did not have a father, as if I haven’t been a part of trying to find her and solve her murder since she first went missing. This is ridiculous and as black men, we have to demand better. I was not an absent father when Mitrice was alive and I won’t be after death.”

Richardson believes that the sheriff’s behavior is the result of a belief that black fathers are either in prison, on drugs, banging, or just missing in action.

“They don’t know how to act when there’s a black father who is involved in their child’s life,” reflects Richardson.

Besides not being notified about the search or discovery, Richardson also admits he was not notified about the federal bureau of investigations declining to assist in the investigation of his daughter’s death. A request that was made almost a year after the family first requested their involvement by Sheriff Lee Baca. On Friday, the federal agency said that its work would be duplicative and that there were chain-of-custody issues because of the handling of Richardson’s clothing after her remains were found.

“I got a call from a friend who told me after she found out from the news media,” said Richardson.

The Sheriff’s Department has come under intense fire from the Black community for releasing Mitrice Richardson into the remote area surrounding the Lost Hills-Malibu Sheriff’s Department headquarters after midnight, without her car, purse or cellphone, and without any apparent way of getting home.

When her remains were found, the coroner’s office blasted the Sheriff’s Department for moving the remains before coroner’s investigators could examine them.

Assistant Chief Coroner Ed Winter said he was “very clear” with sheriff’s officials and could not think of another case in which a police agency had moved entire skeletal remains without the coroner’s approval.

A sheriff’s spokesman said at the time that deputies removed Richardson’s body from the scene without the coroner’s permission because they were concerned that it was getting dark and that animals might destroy the remains.

“It’s interesting and almost laughable that the sheriffs would be concerned about the darkness considering when they say they let my daughter go free. It was pitch black at the time,” commented Richardson.

According to the Los Angeles Times, the sheriff’s department’s Steve Whitmore said Sunday that 99% of Richardson’s remains had been found shortly after their discovery but that the coroner’s office had long wanted to send out its investigators to search the area again.

Rainy conditions have hampered previous efforts, but sunny, dry weather allowed investigators to visit the site by helicopter on Sunday.

Richardson vows to keep strong in the fight for answers into how his daughter died. He does not believe that she fell or that she committed suicide. He believes that she was murdered and dumped there as most in the community believe.

“At some point, the truth is going to come out and when it does you may be surprised—or not—at who the culprit is,” said Richardson eluding to the long-held belief by many in the Black community that someone from the sheriff’s department murdered Mitrice.

For the latest information regarding Mitrice Richardson, please log onto www.bringmitricejustice.org.

Because the news media can’t say half of what Michael Richardson tells them…here it is in his words, uncut and unedited.