Latice Sutton, Mother of Mitrice Richardson, Joins Michael Richardson’s Call for FBI Involvement in the Death of their Daughter

Mitrice Richardson's remains were found in a ravine about 11 months after she was released from the Malibu/Lost Hills Sheriff’s Station. 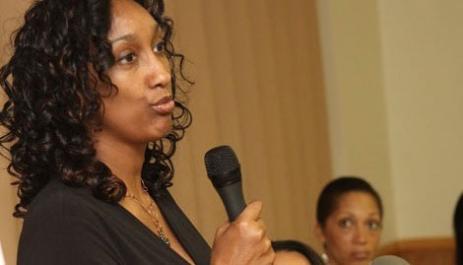 Following Michael Richardson’s lead in a call for FBI involvement in the death of his daughter Mitrice Richardson, today Mitrice’s mother Latice Sutton echoed Michael’s same call saying that she too wants the FBI to look at whether sheriff’s deputies moved the body improperly, without letting coroner’s investigators examine it where it was found, and if authorities made a rush to judgment in ruling the death accidental.

Mitrice Richardson’s remains were found in a ravine about 11 months after she was released from the Malibu/Lost Hills Sheriff’s Station.

“Due to the conflict of interest that I feel exists, I would feel much safer if the FBI were to be involved to analyze some of the evidence,” she said.

Forensic anthropologist Clea Koff, who examined Richardson’s remains prior to burial at her mother’s request, said the body had been improperly removed and the remains were improperly collected. She said investigators did not find all of the woman’s body.

Koff said more tests should be performed on the remains, and a crime lab should examine pieces of Richardson’s clothing, some of which was found near her naked body.

The county’s Office of Independent Review issued a report in July, concluding that deputies at the Lost Hills/Malibu station acted “properly and legally” in releasing the 24-year-old woman Sept. 17, 2009.

Her remains were found Aug. 9 near an abandoned marijuana patch. Three days later, they were positively identified as those of the Cal State Fullerton graduate.

Members of Richardson’s family have been critical of sheriff’s deputies for releasing her after midnight from the sheriff’s station near the Ventura (101) Freeway without her car, phone or purse. Richardson was arrested for failing to pay an $89 restaurant tab in Malibu, and deputies, who found some pot in her car, seized the vehicle.

Restaurant employees said she was talking gibberish and appeared to be mentally disturbed, and family members have argued that she should have been held for psychiatric exam.

For months, searches in Malibu Canyon failed to turn up any trace of the woman, though at least one possible sighting was reported the same morning she was released.

Her remains were finally found by park rangers about two miles from the sheriff’s station at 27050 Agoura Road. They were searching for pot.

At the time of the discovery, Sheriff Lee Baca said there was no indication that Richardson met with foul play. Her cause of death is still “undetermined,” according to coroner’s Assistant Chief Ed Winter.

But county investigators have cleared deputies of fault.

“Although station personnel offered Ms. Richardson the choice to remain voluntarily at the station jail until the arrival of daylight hours or her transportation, she chose to leave the station jail,” the report read.

“OIR has concluded that the station personnel acted legally and reasonably in taking Ms. Richardson into custody and then releasing her from custody.”