It's time for another episode of As the World Turns: LAPD Edition. 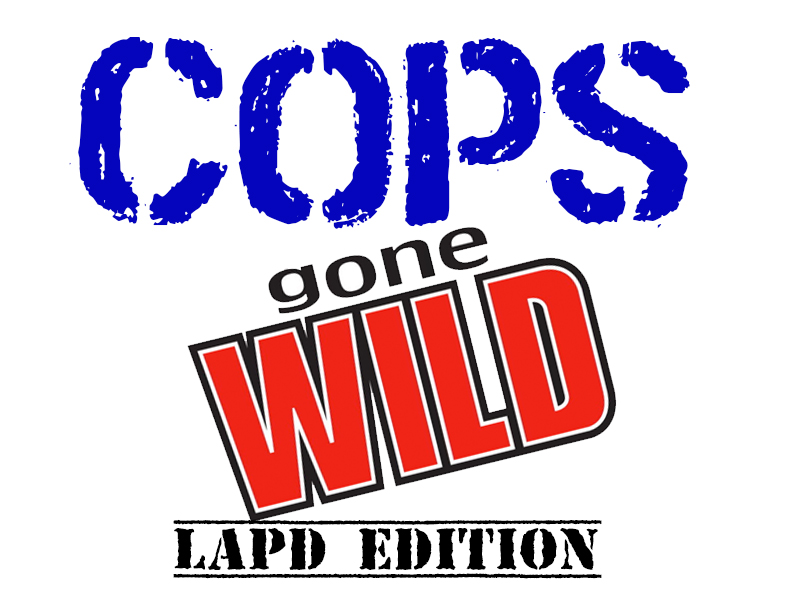 It’s been a long time, I shouldn’t have left you
Without a strong rhyme to step to…

Sigh.  I almost made it into 2019 without having to write anything about the shenanigans going on inside of the Los Angeles Police Department.  Almost. Sorry Chief Moore–but technically, this isn’t about you so…🤔.

Ladies and gents, below is a redacted declaration submitted in Superior Court in support of a restraining order.  Now, this isn’t just your run-of-the-mill-garden-variety-domestic-violence request for a keep away order. Nah.

This is a request for a restraining order that was made by and granted to a detective in the LAPD against an officer in the LAPD.

Yes, you read that exactly right. A detective in the LAPD requested a restraining order against a co-worker–but there’s more.  There’s always more.

Naturally, you are wondering if they’re married. The answer is yes–just not to each other.

At least one of the two is married to someone else who is also a sworn member of the LAPD.

Detective A and Officer B were having an affair–which if you’ve followed my blog–you know is not that uncommon in the LAPD.  Well, it’s not. According to the declaration, the affair lasted from September 2013 until August of this year.

And while that in and of itself is bad enough, what Detective A alleges Officer B did is really where the story is.

…are just a few of the allegations that have been launched against Officer B.

Yes, other officers–including allegedly Jamie McBride–the one and only–of the Los Angeles Police Protective League–is said to have been on the receiving end of those very distasteful (and embarrassing) photos of Detective B floating around the department.  Photos that I can attest to are also being shown to people who are not in the department.

A hot mess I tell you.

But here’s where it’s going to get even more interesting.

A judge has ordered Officer B to give up the names of the people he distributed the photos of Detective A too.  Yup.

I’m told Officer B showed up in court Friday and had his attorney ask for a continuance.  I also heard Internal Affairs was sitting in the back row of the courtroom with notepads in hand.

I know Chief Moore is just shaking his head.  It’s been one scandal after another since he slid into the COP position.  It almost makes you wonder if Charlie Beck had an inkling of an idea of what was coming down the road and decided to jump ship.

Even if you’re cheating on your husband with a co-worker in a department you, your husband and your boyfriend are all employees of, no one deserves what Officer B is alleged to have done to Detective A.

However, this should be a lesson to ALL Los Angeles Police Department employees.  Please STOP sleeping with your co-workers. It usually almost never ends well.

I hope Officer B is off of the streets and off the job somewhere awaiting a disciplinary hearing to permanently retire his ass.  A trip to the criminal courts building might be in order as well.

And y’all please stop sharing those photos.  Please. You cannot arrest civilians for these crimes and be participating in them yourself.