Kevin De León is sending a clear message that the lives and experiences of African Americans, in particular Black gay men just aren’t a priority for him. 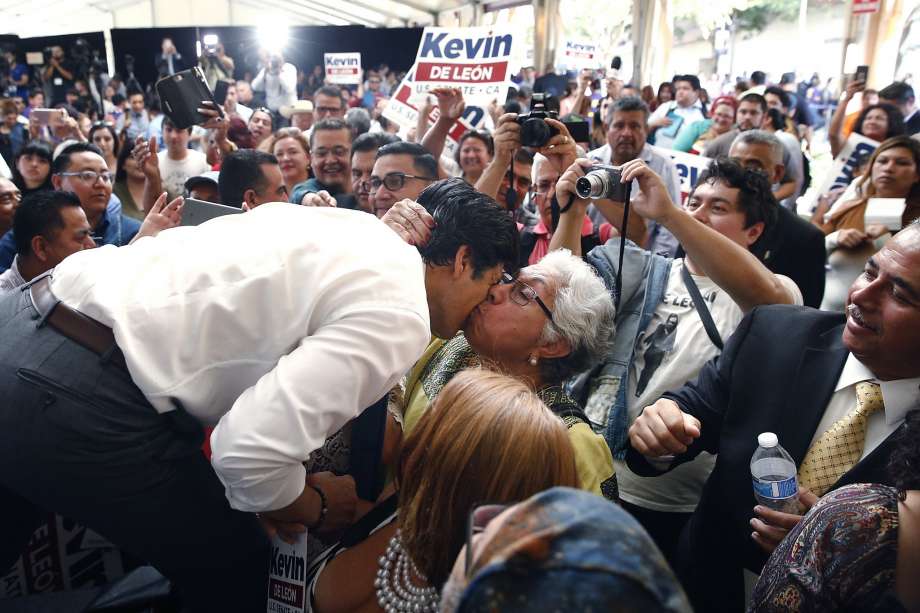 $26,000 is a lot of money for a political candidate.  They would know immediately if they’d returned that amount of money from a donor. So California State Senate President Pro Tem Kevin de León’s response to being asked publicly if he’d returned the over $26,000 he’d received from scandal engulfed prominent Democratic donor Ed Buck–was less than honest.

The question came up at a recent candidate’s forum held by the Feel the Bern Democratic Club of Los Angeles and seemed to completely catch De León off guard.  His initial reaction was to deflect and point out all of the other politicians who received money from Buck instead of taking responsibility for his own inactions.

Gemmel Moore died of a crystal meth overdose in Ed Buck’s home last July. His death was immediately classified as an accidental methamphetamine overdose by the coroner, but after his personal journal was published and other young men stepped forward recounting similar stories about a man who they say has a Tuskegee Experiment like fetish which includes shooting drugs into young Black men that he picks up off the street or via dating hookup websites, the L.A. County Sheriff’s Department’s opened a homicide investigation.

In his journal, Moore wrote, “I honestly don’t know what to do. I’ve become addicted to drugs and the worst one at that,’ a December entry reads. ‘Ed Buck is the one to thank. He gave me my first injection of crystal meth it was very painful, but after all the troubles, I became addicted to the pain and fetish/fantasy.”

A coroner’s report confirmed that the popular Democratic donor’s home was littered with drug paraphernalia including 24 syringes with brown residue, five glass pipes with white residue and burn marks, a plastic straw with possible white residue, clear plastic bags with white powdery residue and a clear plastic bag with a “piece of crystal-like substance.”  The police report also indicated that someone at the scene “is suspected to be known to exchange drugs for sex.”

And even though Democrats–from California to Washington D.C.–have wasted no time in calling for Republicans to return the cash of Las Vegas casino giant and Republican National Committee finance chairman Steve Wynn after sexual misconduct allegations surfaced from women who worked at Wynn’s casinos–they’ve been less than willing to return the dirty money of their own donors.

To be fair, De León is one name on a long list of those who received donations from Buck.  A list that includes California gubernatorial candidate Gavin Newsom, Congressmembers Ted Lieu and Adam Schiff and Los Angeles Mayor Eric Garcetti.

In California, De León has been positioning himself as the progressive Democrat’s choice to unseat incumbent United States Senator Dianne Feinstein in the upcoming election.

By way of disclosure, I spoke with De León in person at the winter meeting of the California Democratic Party in Millbrae.  He assured me then that the money was going to be returned or had already been returned–a mixed message that I immediately passed onto Moore’s mother Latisha Nixon. I told  De León to have his people give me a call if they had any problems getting the money to the fund set up to support Buck’s victims.  That was November.

Furthermore, I met with you last November at the meeting of the African American Caucus and you said then it was or would be taken care and it has not been. #GemmelMoore #receipts pic.twitter.com/z1O8PFXPDb

So I was more than a little perplexed at his response during the candidate’s forum about returning Buck’s money.  De León (and his people) knew that the ask was not for the money to be given to some random nonprofit organization or to be returned back to Ed Buck–but to be given back to the people harmed by Ed Buck and where it could do the most good.

Many of of Buck’s victims are all young, Black, gay men who are either homeless or on the verge of being homeless–a demographic that I would argue De León cares and knows nothing about.  Some of these young men are still on drugs while others have kicked the habit and are trying to get their lives together. A few are sick–really sick.  And then there’s Gemmel Moore’s family who is closely monitoring the sheriff’s department’s homicide investigation in hopes that criminal charges are eventually filed against Buck.

When women in the entertainment industry fighting sexual harassment made the call for donations to be made to the Time’s Up Legal Defense Fund–a fund set up to  provide funding for legal support to women and men in all who have experienced sexual harassment, assault, or abuse in the workplace–the call was very clear.  Give the money to a fund put into place to directly help and support the victims.

A similar public ask was made to Democrats in California last year in the wake of the tragic death Gemmel Moore–return the money to a fund set up to assist in supporting the young, Black gay victims of Buck’s and fighting for justice for Gemmel Moore.

To date Congressmember Karen Bass has returned her money in addition to Democratic attorney and Congressional candidate Bryan Caforio.  Stonewall Democratic Club returned a fraction of the money Buck gave to them and West Hollywood Councilmember John D’Amico returned $25 of the thousands he received from Buck.

While De León wants to be seen as a champion of women who have been sexual harassed or abused and the #MeToo movement–even asking his colleague and former roommate Senator Tony Mendoza to take a leave of absence as investigators look into allegations that Mendoza sexually harassed several women–he’s been less than forthright in his dealings about Ed Buck and returning Buck’s dirty money.

Kevin De León has not returned the money he received from Ed Buck.

I would argue that during De León’s time in office thus far, Blacks have never been a priority or for that matter a concern for him.  But now De León is sending a clear message that the lives and experiences of African Americans, in particular Black gay men, just aren’t that relevant to him.

If Blacks–and voters period–in California want a preview of their importance to Kevin De León should he manage to unseat U.S. Senator Dianne Feinstein, they need look no further than his response (or lack thereof) to the death of Gemmel Moore.

To read my complete series on all things Ed Buck, please click here.