Los Angeles County District Attorney Jackie Lacey brought all of this on herself. 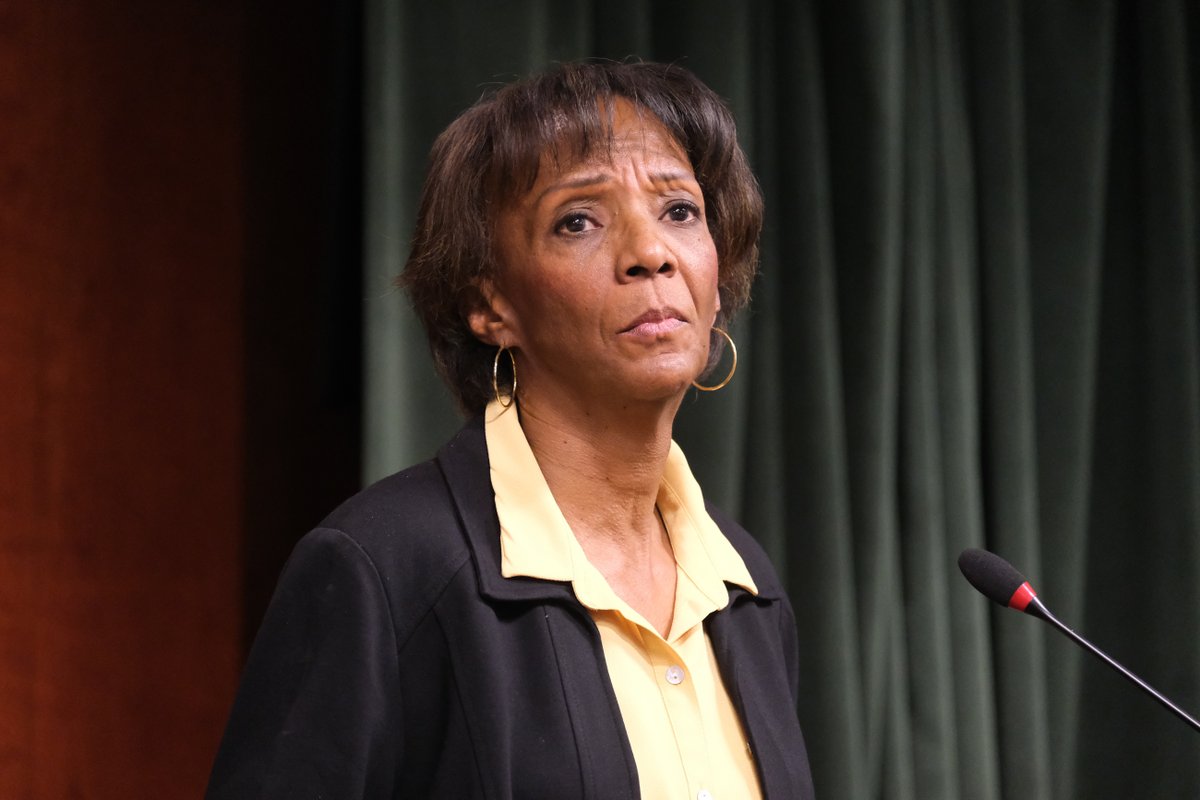 Do not feel sorry for Los Angeles County District Attorney Jackie Lacey. She brought all of this on herself.

And while it seems that everybody has an opinion on whether or not Jackie Lacey’s husband David Lacey was justified in answering his door and pointing his gun at Black Lives Matter activists–justified or not–it’s clear that the Lacey’s are going to pay the cost one way or another.

#BREAKING This morning Los Angeles District Attorney Jackie Lacey’s husband pulled a gun out on Black Lives Matter activists who protested his wife in front of their house. @BLMLA pic.twitter.com/wnCFMMvaWV

Since that video went public, I’ve heard it all from people trying (in vain) to defend the Lacey’s.

But she’s an elected official.

Protesting at the homes of elected officials is not new and the sitting district attorney of the state and the country’s largest county does not have immunity.  In 2020, with the information available on the internet, it’s almost par for the course for elected officials at a certain level of office to expect to be protested.  Jackie Lacey isn’t any more special Mayor Eric Garcetti, members of the Los Angeles City Council, former Los Angeles police chief Charlie Beck and current police chief Michel Moore–all of who have had protests held at their homes.  Add to that, this was not the first protest at Jackie Lacey’s home.

But they showed up at her house early in the morning.

And? What is your point?

Just like when the police serve an arrest or search warrant they don’t come between the convenient hours of 9 a.m. and 5 p.m.  They come when they know your ass is going to be home, off your guard, and dead asleep.  It was shortly after midnight when the Louisville police forced entry into Breonna Taylor’s home using a battering ram. Some of y’all remember those early morning battering ram calls by the police–particularly here in Los Angeles.

Black Lives Matter showed up at Jackie Lacey’s house when they knew her ass would be at home and there’s nothing wrong with that. In fact, that was smart on their part.  All they did was employ the exact same tactics that the district attorney’s office uses on a regular basis with the help of law enforcement.

So what.  Kanye West is the first rapper born in Atlanta and raised in Chicago to run for President of the United States of America.  Being the first doesn’t mean you get a pass.

Los Angeles’ first Black district attorney–as she likes to tout on the campaign trail–spent her entire second term in office literally running away from Black people. The clip below is from October 17, 2016.

And she’s been running ever since.

Why?  Because she’s scared of Black Lives Matter.  Which, in and of itself, is interesting when you consider how her elected colleagues have embraced the group and its leaders–even going so far as to seek their endorsement for their political campaigns.

I was at the October 28, 2019, of the Stonewall Democratic Club where Lacey made a rare in-person appearance—bodyguards in tow.  As a dues-paying member of the club, I also co-authored the resolution that we passed that evening that called on her to take proactive steps towards restoring trust in her department.  I was also front and center when she committed to meet with Black Lives Matter and the Black community in Los Angeles before the end of the calendar year.

The thinking was, if she can traipse her ass out there to meet with the white gays in West Hollywood she could surely do the same with Black folks in South Los Angeles.

So as a strategist, I’d say the day before the primary election, when Lacey is facing two challengers in her fight for a third term in office, was the PERFECT day to show up at her house early in the morning and request that meeting.

What couldn’t have been predicted was the Lacey’s reaction.  Priceless and quite honestly was probably the single best message for voters before heading to the polls going into the primary election.

The visual of Jackie Lacey’s husband David responding to a cheerful, “Good morning!” with a gun that he pointed at the heads of Black Lives Matter activists asking for a meeting with his wife was better than any outcome I could have ever hoped for.  It’s the gift that keeps on giving.

#BREAKING This morning Los Angeles District Attorney Jackie Lacey’s husband pulled a gun out on Black Lives Matter activists who protested his wife in front of their house. @BLMLA pic.twitter.com/wnCFMMvaWV

First, there was that Emmy worth performance complete with perfectly timed pauses Jackie Lacey gave later that morning during a press conference.  And just like the police’s go-to answer is to say they feared for their lives, for Jackie it was conveniently timed death threats that no one in the news media bothered to confirm were even true–but reported on it just the same. The same police officers’ unions who donated millions of dollars to get Lacey re-elected represent the same police officers who would be responsible for investigating the alleged death threats. That’s all I’m saying.

And speaking of death threats and Jackie Lacey–

Earlier this year on July 2 a Twitter account belonging to @blac4bl tweeted out, “Jackie Lacey will be assassinated Thursday July 2nd at 7:30pm. Find us on Instagram.”

If you look up the real @black4bl on Instagram it’s clear just from their previous posts, the vernacular between the Twitter and Instagram accounts are vastly different.

When I was tipped to the tweet, I immediately followed the account and this is the response that I received.

I know of only one group of people who cannot break the habit of using “ma’am” or “sir” whenever they are speaking to civilians—even when they’re posing undercover on social media as Black Lives Matter activists.  Cops.

So I called them out on it and wouldn’t you know, that tweet just up and disappeared and nothing happened that day at 7:30 p.m.

But back to Lacey and the primary election, she did not win re-election outright, which I credit the March 2 incident and the following news cycles with.

Second, David Lacey now faces three misdemeanor counts of assault with a firearm.  As he should.

Like I said, the gift that keeps on giving.

And now, both DA Lacey and her trigger happy husband David are being sued by the three activists whose lives he threatened that early morn.

You can’t make this shit up.

The Lacey’s are being accused of negligence, assault, battery, and the intentional infliction of emotional distress.

I bet the lawsuit never sees the light of day in a courtroom and the Lacey’s settle–probably sooner than later too.

All of this because the district attorney of the largest prosecutors office in the country who travels with several armed bodyguards was too afraid to sit down and meet with Black Lives Matter and the families of those killed by the police.

When you sign up for the job of being a publicly elected official you do it with the understanding that there will times when you will be at odds with the community you took an oath to represent.  You do not get to hide in your office for four years and avoid them–and expect to be re-elected.

The position of the district attorney in Los Angeles County may not have term limits but the office is by no means a lifetime appointment as Jackie Lacey is about to find out.  Her successor should take note and consider his first term as a probationary period that at the end of voters will decide whether or not to keep him or move on to someone new.

On to Election Day!