In demanding justice for Black lives, respectability politics has no place

Victim blaming in the death of Gemmel Moore 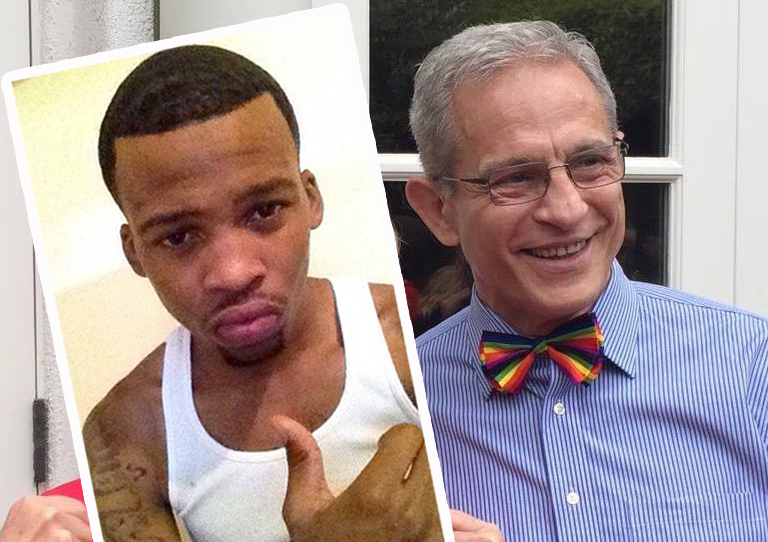 Do Black lives matter if the victim is a gay escort and instead of the police the cause of the death are the fetishes of a wealthy, white, politically connected client? Or, does respectability politics kick in and we just look the other way while victim blaming?

On July 27 Gemmel “Juelz” Moore, a 26-year-old Black man, was found dead in the West Hollywood home of Ed Buck–a 63-year-old wealthy, white, Democratic donor. The cause of death was immediately classified as an accidental meth overdose by the Los Angeles County Coroner.

It’s no secret that crystal meth has a stranglehold on America.   Every year sees more meth users dying of an overdose than the previous. It’s victims are white, Black, young, old, rich and poor. Classifying Moore’s death as just another meth overdose is saying pay no attention to that man behind the curtain–or in this case–pay no attention to the politically connected white man who gets off by pumping vulnerable young Black men full of drugs for personal kicks.

Moore’s mother LaTisha Nixon is at her wits end.  Besides dealing with the tremendous weight of the tragic death of her son, she’s found herself as the newest member of an ever growing group of Black women begging for answers from the police about the death of their child. Except in Mrs. Nixon case, her son wasn’t killed by the police so there’s been no national outcry and no social media hashtag to amplify calls for justice for Gemmel.

“And that’s the part that hurts,” shared LaTisha Nixon speaking from Spring, Texas during a phone interview.  “You know most people are judging him on his sexuality. I’ve lost friends.  A lot of people didn’t know my son’s sexuality–and it doesn’t matter. But a lot of them had something negative to say.”

Nixon says that her son is being victim shamed after death. She’s had to stop reading the comments online about her son’s death because they are too hurtful.

From Texas, Nixon has been trying to get the Los Angeles County Sheriff’s Department to investigate Ed Buck who she says has a history of violence against her son and is known for his Tuskegee Experiment like  fetish where he shoots drugs into young Black men to watch how they react to it.

I’m told that the sheriff’s are conducting an investigation but not whether that investigation includes looking at Buck’s role in Moore’s death.

“About a year and a half ago Gemmel had called me on the phone and he was crying, she explained.  “And he said ‘This man tied me up’ and he said ‘He shot me up with something’ and he go ‘I don’t know what he shot me up with.’ And he was scared. And I was like ‘What happened?’ And he was just crying and crying. And I was like ‘Who is this guy?’ and he was like ‘Ed Buck.  He has a lot of ties and he’s very powerful here in West Hollywood.’ He was like ‘I’m scared.’ I was like ‘What happened? Just file a police report.  Call the police and file a police report.’ He said ‘I did mom, I did.’ I told him to stay away from that man. He sent me pictures of his arms and they were red.”

She told the WeHo Times, who first broke the story of Moore’s death, that she didn’t believe it was as cut and dry as the Los Angeles County Coroner’s office is making it.  She had learned that her son has been doing escort work and that her son’s friend was also engaged in similar activity—and that they had a client in common.

Speaking to the WeHo Times, Nixon said, “I called one of my son’s friends and was like, ‘who the hell is Edward Buck?’  And my son’s friend was like, ‘oh my God, that’s that white guy, that wealthy white politician guy… he was like ‘oh my God…’  When he calmed down, he told me that Ed Buck was one of my son’s clients and that Ed Buck was one of his clients as well.  [Buck] would have my son to go out to… Santa Monica Boulevard looking for young gay black guys so he could inject them with drugs, see their reaction and how [they] would react and take pictures of them.”

It’s not pretty and for a mother searching for answers who has suddenly been thrust into trying to navigate in the the underground world of young Black male escorts it can be downright frightening. Add to that a man who is known for his political connections and whom people are afraid of crossing–lest they no longer find themselves on the receiving end of his generosity–and it can be enough to break even the strongest of women down.

Meanwhile, West Hollywood has never been known for being welcoming to Blacks. There are still regular complaints about how Black gay men are treated at bars in the city in comparison to their white counterparts.

And while as Blacks we are often times invited to and even celebrated during Black History Month and West Hollywood’s Pride season, the death of Gemmel Moore and Ed Buck’s involvement hasn’t moved anyone from the city’s political leadership or LGBT leadership–which is often one in the same–to step forward and say anything or even offer help to his mother in her quest for justice. The sheriff’s department is contracted by the City of West Hollywood to provide law enforcement services.  A plea from the mayor or member of the city council to the sheriff’s department to investigate the allegations against Ed Buck could go a long way into calling attention to his death and amplifying LaTisha Nixon’s calls for justice for her son.

Let me put it this way.  Using Ed Buck’s connection to former presidential candidate Hillary Clinton, conservative news websites and blogs have exploited (and amplified) the story of the death of Gemmel Moore more than we have–albeit for different reasons, but still.

All that talk about intersectionality goes out the door and loses credibility when in 2017, a Black gay man can be die under suspicious circumstances and Black cis folk look the other way because he’s gay and worked as an escort, the white gays of West Hollywood look the other way because he was Black and Black queer folks–those of us not caught up in respectability politics or suffering from Stockholm Syndrome–well we’re left trying to sound the alarm.

When the police kill unarmed Black men and women, I understand the anger and the frustration. However, the systematic racism faced by Black people from the police doesn’t only come in the form of police killings and brutality.  It takes place when our murders take a backseat to others or are overlooked altogether because our lives are deemed expendable.

Gemmel Moore could have died from an accidental overdose of meth while at a friend’s house. He could just as well have been murdered or coaxed into his death by a wealthy client who got off on watching Black men like Gemmel shoot up lethal amounts of drugs. Either way, just because we’re uncomfortable with certain aspects of the victim’s life doesn’t mean that the police get a pass on investigating his death nor us in standing with his mother and demanding it.

How to Get Involved