While I expect Republicans to overlook Blacks until it’s politically convenient to pit us against one another, I do not expect the party of coalition building, solidarity and ‘we’re stronger together’ to do the same. 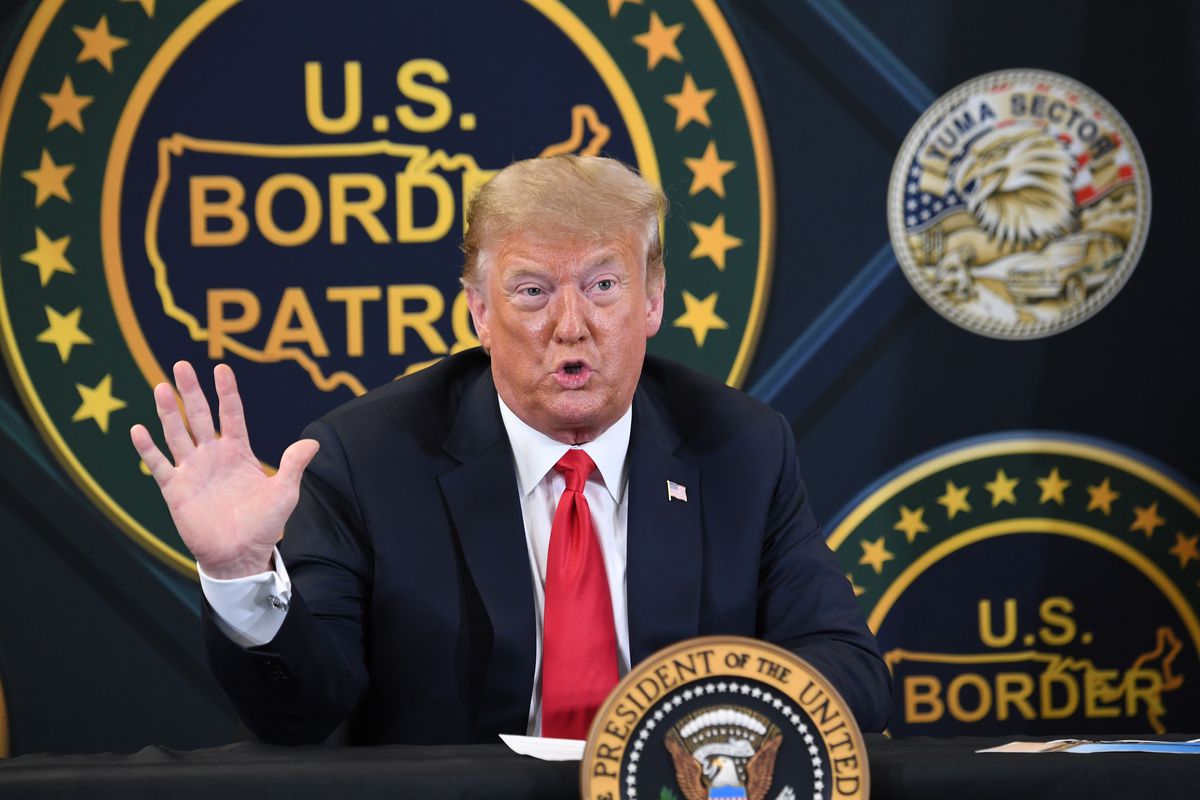 President Donald Trump’s proposal for a new merit-based immigration system that would screen visa applicants using a point system may be racist and exclusionary but so is an immigrant rights movement that excludes, overlooks, and straight up ignores the voices of their darker skinned counterparts.

Last week immigrant rights activists decried the Republican-backed proposal known as the RAISE Act or Reforming American Immigration for Strong Employment Act, that would highly favor people between the ages of 26 and 30 with a doctorate, high English proficiency and a job offer with a high salary.   Applicants with the highest number of points would go to the front of the line to receive visas.

The Los Angeles area is home to nearly 3.5 million immigrants with approximately one million of them undocumented.  Here, public officials are quick to proudly tout the dozens of languages that are spoken by Angelenos and how much immigrants–regardless of their citizenship status–contribute to the city’s economy and culture.  In theory, Democratic politicians and immigrant right activists will tell you that all immigrants matter but in practice only one immigrant’s voice is only ever represented, celebrated or invited to the table.

Mass deportation and ICE raids under the Trump administration are not exclusive to Latinos.  Under Trump, more and more Africans and Caribbeans are finding it difficult to qualify for asylum or refugee status when they arrive at U.S. ports of entries–one of the primary ways that they are able to successfully stay in the country.

The Black Alliance for Just Immigration (BAJI) and New York University Law School’s Immigrants Rights Clinic 2016 The State of Black Immigrants report found that Black immigrants maintain higher rates of employment in service and sales positions than their counterparts of other immigrant backgrounds.

Los Angeles has a large and vibrant community of Black immigrants that but you’d never know because they are seldom reported on or heard from in the fight for immigrant rights–a fight that is led and dominated by Latinos. And while I expect Republicans to overlook Blacks until it’s politically convenient to pit us against one another, I do not expect the party of coalition building, allies and ‘we’re stronger together’ to do the same.

Let me put this into the right perspective for you. The party that calls out people, organizations and Republicans for their exclusion of women, transgenders, the LGBT community as a whole, people with disabilities, members of the Asian/Pacific Islander community, Latinos, Blacks, veterans, seniors and I could go on and on does not itself (or very rarely) include Black immigrants. The very picture of the pot calling the kettle black.

Seldom discussed in mixed company is the fact that African-Americans privately agree with Trump’s assertion that “illegal immigration” has harmed the Black community economically. And even though Trump has no problem throwing African-Americans into the mix when it bolsters his immigration agenda, immigrant rights activists haven’t been as willing to include Black voices in their shared fight.

I look at the fight for the undocumented in America and think–strategically–Latino immigrant rights groups would do good to include the voices and images of Black immigrants as a way to gain support from an already apprehensive and on the fence nation of African-Americans who may need more convincing that the fight for immigrant rights affects Blacks.  Despite HUD Secretary Ben Carson’s belief that slaves were immigrants–most African-Americans do not see themselves as immigrants and many are wary of and oppose the Democratic Party’s insistence that “illegal immigration” doesn’t harm Black employment.  Similar to white gay rights advocates and the Black community–it wasn’t until the visibility and voices of Black LGBT folks increased that real advances were made on LGBT issues among Blacks who saw gay rights as affecting and benefiting wealthy white gays.

Trump and the Republican Party are not going to stop pushing their anti-immigration narrative that “illegal immigration” threatens the jobs of poor Black people.  Many African-Americans already believe that there’s a prevailing attitude among Latinos that they don’t need anything from us except for the blueprint from our fight for our civil rights.