Is it true that Black people don't want to work at IHOP? 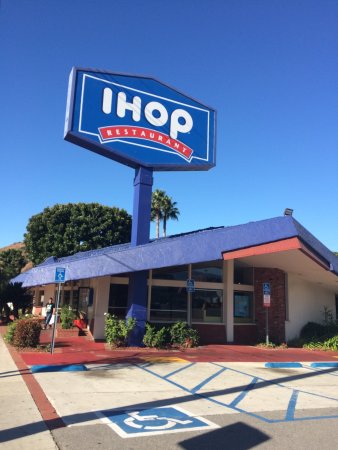 That’s what I was told by a manager at a South Los Angeles IHOP restaurant after I inquired after the lack of African Americans working there during a recent visit.

It all started after I casually observed while waiting on friend to arrive that there were no Black employees on the floor or in the kitchen working.  That prompted me to ask my server if this IHOP—located in the heart of South Los Angeles—had any African American employees.  I was told yes—two.

When the bill came, I asked the same sever to send over the manager because I wanted to actually confirm that out of the two dozen or so employees working at this restaurant only two were Black.  It turns out the server was wrong.

According to the manager there were four.  Furthermore, the manager told me they work during the morning shift.  He then went onto explain to me, my guest and the ear hustling family at the table next to us, that anyone could apply to work there via the website.

I explained to the manager that as someone who lives in the adjacent neighborhood, that it was important to me that places Black people patronize also hire Blacks.

The manager asked me how he was supposed to hire Black people if they don’t apply.  To which I quipped, so are you saying you have a problem with Blacks not applying to work at IHOP?

The conversation ended with the manager telling me that yes, he thinks that is the problem and that if “they” meaning Blacks don’t apply, it’s because “they” don’t want to work.

I don’t buy the manager’s excuse that Black people don’t want to work.  I think that Black people aren’t being hired at this IHOP location either they are being disqualified based on their background checks or more likely their inability to speak Spanish.  I also observed that all of the servers and kitchen staff spoke Spanish on and off the floor to each other and other Spanish speaking patrons.

This is unacceptable and the manager’s “it is what it is” attitude about the lack of Blacks working in his restaurant is indicative of the dire employment situation for Blacks in Los Angeles.  Very few are willing to take up the issue because calling out employment discrimination—particularly in the service industry—against Blacks is somehow equated to being racist against Latinos.

But the reality remains unchanged for countless numbers of Blacks in Southern California who attend highly promoted job fairs where almost all of the employers prefer bilingual employees.  Blacks watch new businesses opening up in their communities and hear the rhetoric of mandated local hiring companies that still don’t hire them.

I will say that the IHOP restaurant in question is situated in a shopping center that also houses a Starbucks, Walgreens, Food 4 Less grocery store and a Home Depot.  No matter what time I go into any of those establishments I am guaranteed to see at least one Black employee on duty. At least one.

Still, maybe I can help out IHOP’s manager with his problem of being unable to find Black employees to hire—and without the finder’s fee.

Preservation of one’s own culture does not require contempt or disrespect for other cultures. — Cesar Chavez