How the Mainstream Media Wasted No Time in Turning Nipsey Hussle’s Mourners in South L.A. Into Savages

How the news media took what was one of the most beautiful expressions of community love that I have ever witnessed in Los Angeles and ruined it with clickbait tweets and posts with false headlines. 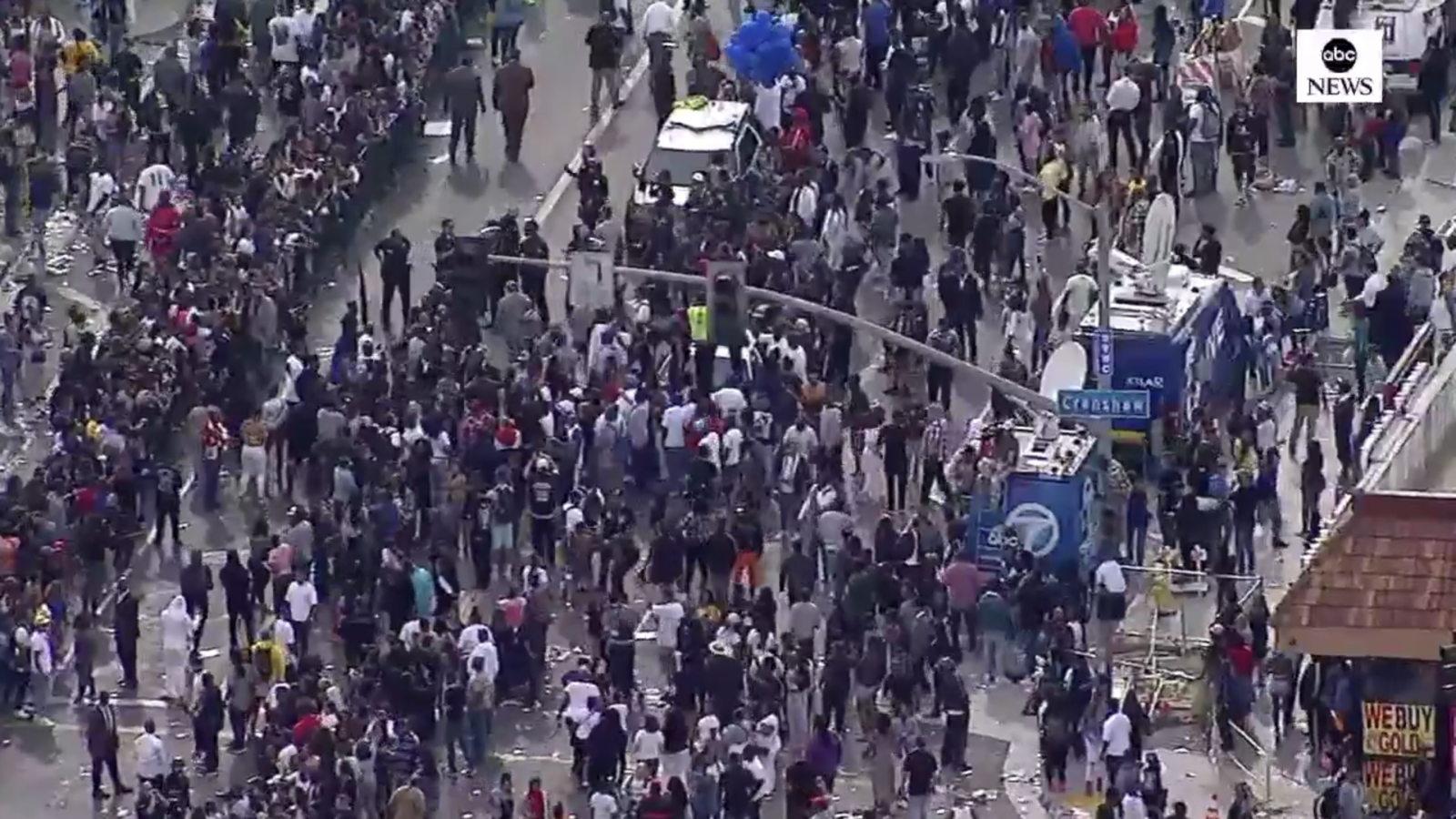 A lot of things have changed in Los Angeles over the past two decades but one thing that’s been constant is the presence of street gangs and the violence they inflict. Shootings take place pretty much every day in Los Angeles. They’ve never stopped. People get shot–some live, some don’t. What stopped was the local news reporting on them.

So I was not surprised that there had been a shooting Thursday evening in South L.A.–not Watts–near the intersection of 103rd and Main streets that left four Black people shot and one dead.  I was more surprised to actually hear about on the news.

You see, the second largest media market in America has seemingly abandoned its practice of reporting on the what news producers and reporters view as our “daily garden variety gang violence” in South Los Angeles.  But since the news could tie it into the funeral for slain rapper, community activist, and entrepreneur Ermias Joseph Asghedom, better known to the world as Nipsey Hussle, and feed into the expectations of others that over 10,000 Black people who had lined the streets to pay respect to Hussle could not even go a day without killing each other–this shooting made the evening television news and hundreds of news websites.  And for those who actually bothered to read the story instead of just automatically sharing it, once you clicked on the story and began to read, only then did you realize this shooting had nothing to do with Hussle’s funeral or procession and that the sensationalized headline was clickbait that only served to capitalize off of the beloved rapper’s name and at the same time tarnish the community he loved.

But here’s the reality, no one was shot, killed or otherwise seriously harmed during Hussle’s funeral that was attended by over 21,000 people or the 25.5 mile processional through South Los Angeles that followed.  That’s something that I just don’t think they were ready for. They could never have anticipated that over 10,000 Black people would line the streets of South Los Angeles to pay their respects to Hussle. They could not believe that one person who had only lived a short 33 years had made such an indelible impact on an often forgotten community.  And in their shock at witnessing a community’s collective mourning for a man who for many was known as the Tupac of their generation, they let their cultural incompetence and bias influence their reporting on what it looks like to see a Black community grieving. I’ll add that there was also probably the shock of realizing that even with gentrification, displacement and the high cost of rent, so many Black people were still left in Los Angeles. Yes, we’re still here and like Tupac said, “We might fight amongst each other, but I promise you this–we’ll burn this bitch down get us pissed.”

Leading up to the funeral service for Hussle there had been numerous media reports for what I can only assume was the benefit of those outside of South L.A. that ever so subtly implied that all hell was going to break loose during the planned 25.5 mile processional through South L.A., Watts and Inglewood that was to follow the funeral because the LAPD had been asked not to participate in the way that they wanted to and were pretty much relegated to traffic control while the Nation of Islam and private security took the helm.

This is where having the ability to look back and reflect on events before the proliferation of social media comes in hand.

In 2005, South L.A. hosted the funeral for Crips co-founder Stanley “Tookie” Williams after he was executed by lethal injection for being convicted in 1979 of four counts of murder.

The funeral took place at Bethel A.M.E. Church on Western Ave. and 79th Street in the middle of Eight Tray Gangster Crips territory and was attended by Snoop Dogg, Bianca Jagger, Minister Louis Farrakhan, and Rev. Jesse Jackson. The Nation of Islam brothers was entrusted with the security for all of the funeral’s guests–those in the church and who had lined the streets of Western.  Hundreds of Blood and Crip gang members stood side by side outside of the church. And you know what? Nothing jumped off. The community paid its respects collectively just like we did 14 years later with Hussle’s death.

It’s a shame that the news media took what was one of the most beautiful expressions of community love that I have ever witnessed in Los Angeles and ruined it with clickbait tweets and posts with false headlines. My few words here won’t go nearly as far as the false headlines have but I had to write this for the culture and for my community–a community that is hurt and is mourning and deserves better from the people with the power to tell the world our stories. We deserve better.  Nip deserved better.

This is dedicated to the memory of 24-year-old Renardo Rasheed-Joseph Page, better known as Sincerely Scooby, who directed emerging rapper Blueface’s original “Thotiana” music video but didn’t live long enough to witness the success of both the video and song and for without that video Blueface might not be the household name that he is today. Page was gun downed in Baldwin Village at Jim Gilliam Park on December 5, 2018.  Sadly, his murder was never reported on by any of Los Angeles’ mainstream news media.