From #MeToo to Who Me? Where Are White Women Allies When A Black Woman is Called a Whore?

Where are white women when a Black woman is called a whore? 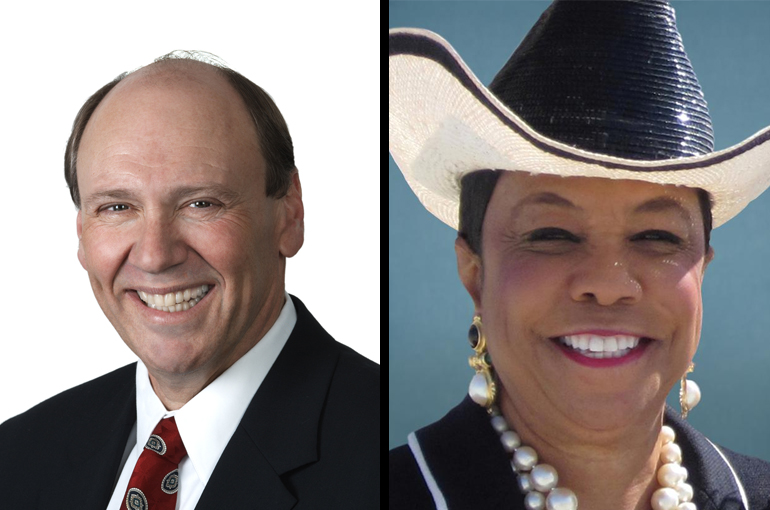 UPDATE: Color of Change has launched a petition regarding Bill Handel’s comments asking KFI and iHeartMedia to fire him

From immigration to LGBTQ rights, Black women are always expected to show up at the edge of everyone else’s battles in this county. But who shows up for us?

An entire weekend passed between the time that L.A. morning radio host Bill Handel called Florida Congresswoman Frederica Wilson a “cheap, sleazy Democrat whore” on-air until I sounded the alarm about it.

I know I was not the only person listening to The Bill Handel Show Friday morning as evident by their ratings.  Even KFI’s management must have known that Handel’s comments were inappropriate as they were conveniently missing the shows the podcast. Which says to me that very few–if any–of the other listeners saw anything wrong with Handel calling a woman, a Black woman, a sitting member of the U.S. House of Representatives a whore.

It’s no secret that the majority of KFI’s listeners are white.  The former Los Angeles home of the Rush Limbaugh Show–KFI’s audience tends to skew towards the right on the political richter scale.

But what about those white women allies?

The lack of outrage from white women–on either side of the political spectrum–to a woman being called a whore on the radio–in 2017 no less–says a lot about where Black women rank in the sisterhood camaraderie.

The fact that there has been no response to a woman being called a whore from the National Organization of Women (NOW), Women’s March or any of the other organizations that typically come to the rescue of and defend (white) women supports the long held belief that Black women aren’t seen as women–not even by white women.

And then there’s the Democratic Party which has the lion share of Black women registered voters and is held up as the beacon of all things liberal and progressive about America.  Handel called Rep. Wilson a “cheap, sleazy Democrat whore.”  Not a Republican whore.  Not an Independent whore.  Not a Green Party whore but a “cheap, sleazy Democrat whore.  So what say you? Are we only visible during February, election time and for perfectly choreographed diversity photos?

Do you think we would even be having this conversation is if a radio host of color would have referred to First Lady Melania Trump as a whore? You better believe that the Republican Party would be all over it and get support from other white women–regardless of their political affiliation.  As a result, that radio host would likely lose his or her job. To me more blunt, we wouldn’t even be having this conversation had Handel referred to one of the white women making allegations of rape or sexual harassment against Harvey Weinstein.  The outrage would probably have been enough to send Handel into immediate retirement.

When Rush Limbaugh labeled Sandra Fluke a “slut” and “prostitute” white women were there to say that he was wrong.  When presidential candidate Donald Trump was exposed for saying that he could do anything including grabbing women by the pussy–white women were screaming bloody murder.  When Trump said that former Fox News’ host Megyn Kelly was menstruating after she took him to task over sexist comments, her girls were there to have her back.

But who has our back?

Black people are tired of having to be the conscious of America.

Black women are tired of having to come to everyone else’s defense and then looking around and finding themselves alone when they’re under attack.

You don’t have to agree with Rep. Wilson’s politics to know that Handel’s calling her a whore is wrong.

If a woman who happens to be Black and is  a sitting member of the House of Representatives  can be called a whore repeatedly on talk radio without any consequences — it sends a loud and clear message that this is the new norm. So when it happens to a white woman don’t expect much and don’t expect Black women to join the cause. We’ll be too tired from having to play both the offensive and defensive roles in our own battles.

It’s time for white women to take the burden off of Black women to deal with men like Bill Handel. The silence from white women–especially so-called liberal progressive white women– on a man calling a Black woman a whore in mainstream media for the amusement of others is akin to complicity. Com-plic-i-ty.