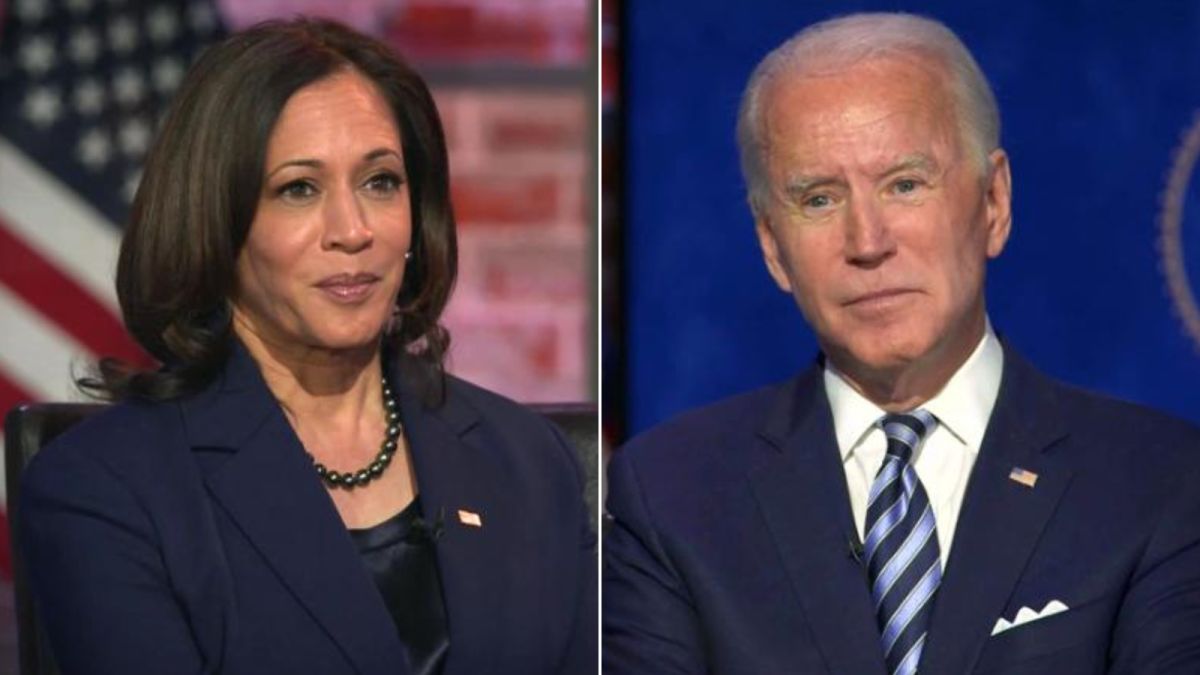 President and Vice-President of the United States of America

Can Do: veto bills and sign bills, represent our nation in talks with foreign countries, enforce the laws that Congress passes, act as Commander-in-Chief during a war, grant pardons, nominate Cabinet members and Supreme Court Justices and other high officials, appoint ambassadors.

Cannot Do: Just about everything the current president has done in addition to save you from or cure you of COVID-19, making laws, declare war, decide how federal money will be spent, interpret laws, choose Cabinet members, or Supreme Court Justices without Senate approval.

There is nothing exciting about replacing one old white man for another–but that’s just what we’re about to try and do.  And even with Senator Kamala Harris by Joe Biden’s side, it still hasn’t been enough to excite me–not more than the prospect of giving Donald Trump a pink slip and showing him the door.  Now that excites me in ways that would be inappropriate for me to share with you here.

But I think that’s where a lot of us Democrats are who haven’t drunk the kool-aid.  We’re voting on November 3rd to get rid of Trump, not because we’re head over heels in love with the Biden-Harris ticket.

The Democratic Party had to be goaded and shamed into supporting criminal justice reform and Black Lives Matter–like with everything that is specific to Black people.  And even now it’s a lukewarm fair whether friend relationship as evidenced by the failure of California’s democratically Legislature to pass comprehensive police reforms and Biden’s recent workaround during the first debate on a direct question about Black Lives Matter.

Everything was all good–so to speak–until it was time to shit or get off the pot–and it was clear Biden was the nominee. Now everything the Democratic Party claimed to support and champion (publicly) is out the window and we’ve gone from A to Z without stopping to have a conversation on why we should support two people who had significant roles in the mass incarceration of People of Color in this country.  Nah.  We’re supposed to just pay no attention to the man (and woman) behind the curtain and obediently show up and vote for the Biden Harris ticket on cue.

Do you know when you have a fight with your BFF or your partner and before you can make up and move forward, y’all have to have that come-to-Jesus-meeting?  That frank, often unpleasant, conversation that’s needed to resolve the issue at hand?

The Democratic Party leadership forgot to have that conversation with us about Joe Biden, who wrote the 1994 crime bill, and Kamala Harris, a former prosecutor, and their conveniently timed about-face on criminal justice.

Biden is blamed by many for mass incarceration, in part because of the 1994 crime bill and the “three strikes” law that ensured mandatory life terms for those with at least three federal violent crime or drug convictions.

California’s “top cop” has also come under scrutiny for her role in anti-truancy laws that threatened the parents of students who skipped school with criminal charges and various failures to hold police and prosecutors accountable for misconduct. In Southern California, Harris is also remembered for not doing anything about investigating the Los Angeles County Sheriff’s Department after the disappearance and death of Mitrice Richardson. Harris said her office would do a thorough investigation into why the 24-year-old went missing after being released from the Lost Hills Malibu Sheriff’s Department in the middle of the night without her purse, cell phone, or car only to be found dead 9 months later.

Criminal justice reform activists are supposed to just ignore all of this and get into line and vote blue because they’re told to do so.

I’ve got news for the moderates that run the Democratic Party, many younger Gen X and millennial voters–who are more inclined to stand by what they believe in than the older go-along-to-get-along moderate Democrats–are just not that excited about the Biden Harris ticket–and that’s a problem if they stay home or don’t return that ballot.

Ballots are dropping and early voting is starting.  The Democratic Party still has time to get it together and have that conversation with a part of its core constituency to make sure they get out and vote.  Failure to do so could cost the Democratic Party this election and give Trump four more years.

You can read all of my endorsements in my 2020 Voter Guide by clicking here.