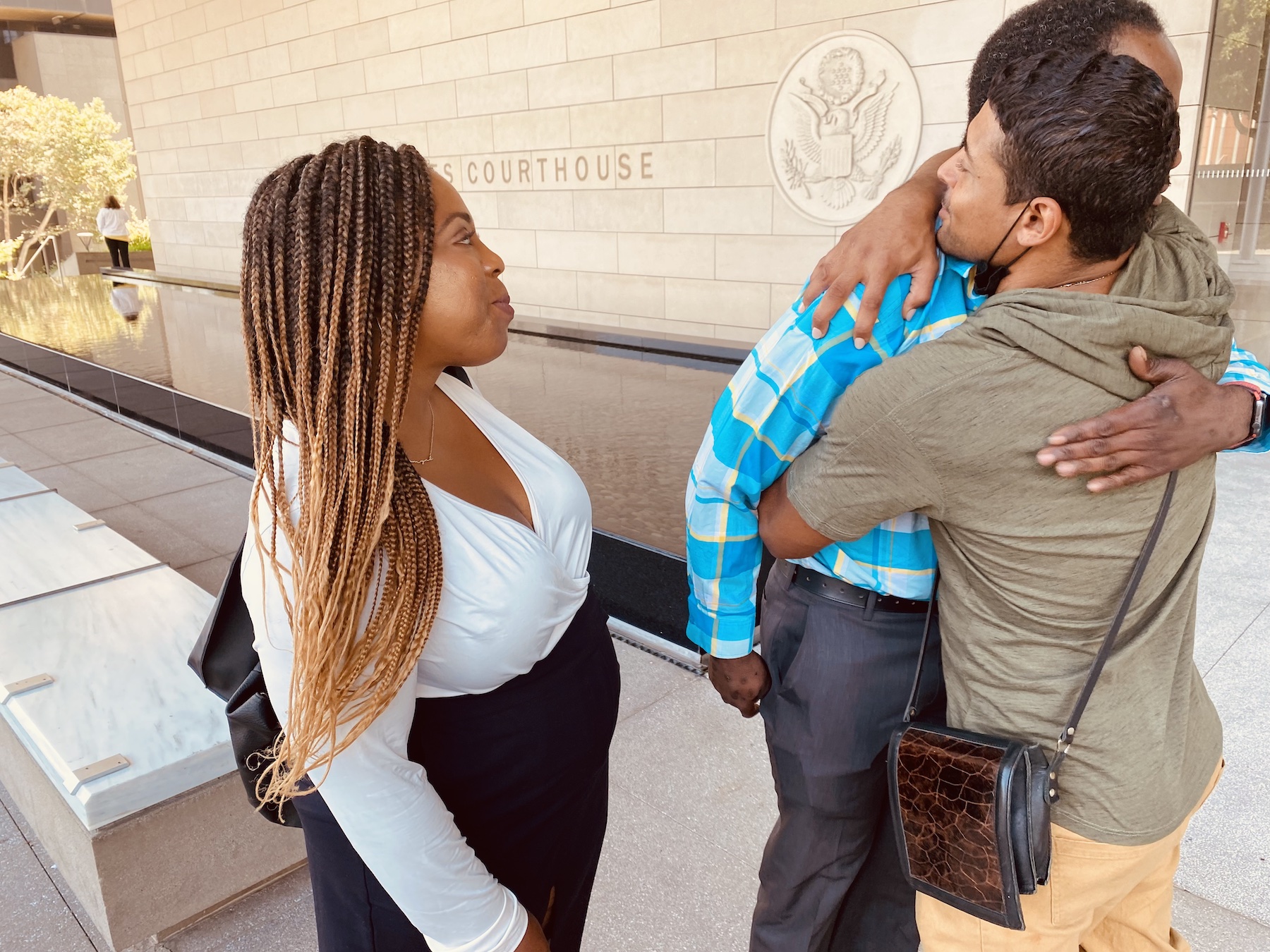 Below is my summarization of the proceedings on the sixth day of Democratic donor Ed Buck’s federal criminal trial.

Buck has pleaded not guilty to all charges and is represented by Christopher Darden and Ludlow Creary II.

TRIGGER WARNING: Reading further may be disturbing, even traumatizing, to some people who are sensitive to drug use, racial slurs, or sadomasochism.

Judge Christina Synder had a previously scheduled doctor’s appointment so court recessed for the day shortly after 1 p.m.

Dr. Amar Shah testified that he treated Victim #8 at Cedar Sinai Medical Center following his overdose on September 4, 2019.  He discussed Victim #8’s condition and his ultimate diagnosis that he had overdosed on meth.

He testified that the DNA on various pipes and syringes support the conclusion that either Ed Buck, Timothy Dean, or both Ed Buck and Timothy Dean contributed DNA to particular items.

This was in relation to the package that was found on a ledge beneath Ed Buck’s bathroom window the day Timothy Dean died.  The bag with a box in it contained 13 meth pipes and 9 syringes.

On cross, Christopher Darden’s Mini-Me Ludlow Creary tried to get the jury to believe that it’s possible there was cross-contamination and somehow that’s how his client’s DNA ended up on those meth pipes and syringes. Somehow.

Vaughn Gates testified about the drugs.  From what is a normal dose of meth to the code words used in the text messages between Ed Buck and his drug dealer and victims.

I must say, I learned a lot.

Mr. Gates discussed the various effects of drugs like meth, Klonopin and GHB had on the human body–including when mixed together.

Of particular interest was the prosecution’s questions about overdoses.

PROSECUTION: If the person was unconscious almost instantly. What if anything, would that tell you about the CNS (central nervous system) depressant?

GATES: It was a high dosage for that injection level.

PROSECUTION: What about drinking something and instantly losing consciousness?

PROSECUTION: What about feeling nauseated and having an upset stomach after consuming drugs?

GATES: GHB is a chemical that does cause irritation to the stomach, some sort of toxic chemical.

PROSECUTION: What about being injected and then feeling extremely hot and enraged.

PROSECUTION: Tell me what about being injected and feeling suicidal?

PROSECUTION: What if anything would feeling suicidal, tell you about the doses.

GATES: A high dosage again with that injection.

PROSECUTION: What about being injected and feeling like fire is coursing through your veins?

This line of question directly related to the responses given by the victims of Ed Buck when he injected them or slipped them GHB, also known as the Date Rape Drug.

The jury was shown a video of a man using a torch lighter to heat up the bulb on a pipe used for smoking meth and then inhaling the smoke.

In another video, a man is shown laying down with a bunch of tubes including in his nose.

He tells Ed Buck he’s got to stop because his nose is bleeding.

Gates explains that “hot railing”  is when the tip of a short glass stem on a meth pipe, or the middle of a longer stem, is heated until it’s red-hot. The end of the stem is placed over a bump or line of meth. The heat vaporizes the speed and the vapor is inhaled, usually through the nose.

Through text messages shown to the jury, we saw that Ed Buck was getting drugs from a “Topher.”

Ketamine is used in cats for restraint or as the sole anesthetic agent for diagnostic or minor, brief, surgical procedures that do not require skeletal muscle relaxation. It may be used in subhuman primates for restraint.

Victim #8 is a 39-year-old Black who was addicted to meth when he met Ed Buck in June 2019.  I first interviewed him back in September 2019 right after Ed Buck’s arrest.

Victim #8 testified about Ed Buck routinely giving him more meth than he would normally take, in addition to GHB.

He said that once Ed Buck missed his vein and he developed an abscess.

Victim #8 was asked by the prosecution about being called “colorful names” by Ed Buck–code word for racial slurs.

Victim #8 talked about going on the run with Ed Buck before Buck eventually came back home. Victim #8 says that Buck allowed him to move in with him–but never gave him a key. In return, he was supposed to help around the house and be willing to be injected and take GHB when Ed Buck wanted him to.

“He said he was the Engine Man and he wanted to be in control.”

Victim #8 said he woke up once after a couple of days of partying and playing with 6 or 7 metal rings on his penis and that his penis had gone completely numb.

On September 4, Victim #8 felt like he was having a heart attack and asked Ed Buck to take him to urgent care.

At this point, the jury is shown video surveillance footage of Victim #8 and Ed Buck walking to his car from Buck’s apartment.

About a week later Victim #8 overdoses a second time at Ed Buck’s and when Buck wouldn’t help him, he says he heard his mother’s voice telling him to get out of there.

Following this, the jury hears the 911 call made at the Shell Gas Station where Victim #8 went to get help as well as sees the video surveillance footage from the station showing the paramedics taking him.

The prosecution gives Victim #8 a moment to compose himself before finishing her last two questions.

Victim #8 will continue his testimony Friday morning on cross-examination.

Friday morning, Victim #8 will undergo cross-examination, and then the prosecution is expected to rest. As far as we know the defense as one witness–a hired gun to dispute the causes of death for Gemmel Moore and Timothy.  Ed Buck is not expected to take the stand.

Following the defense will be closing arguments, then jury instructions and then we’ll be waiting for a verdict. I hope it all happens Friday!