Ed Buck Has Finally Been Convicted, Thank You!

It’s been four years and so many people have done things to help get us to last week's victory. 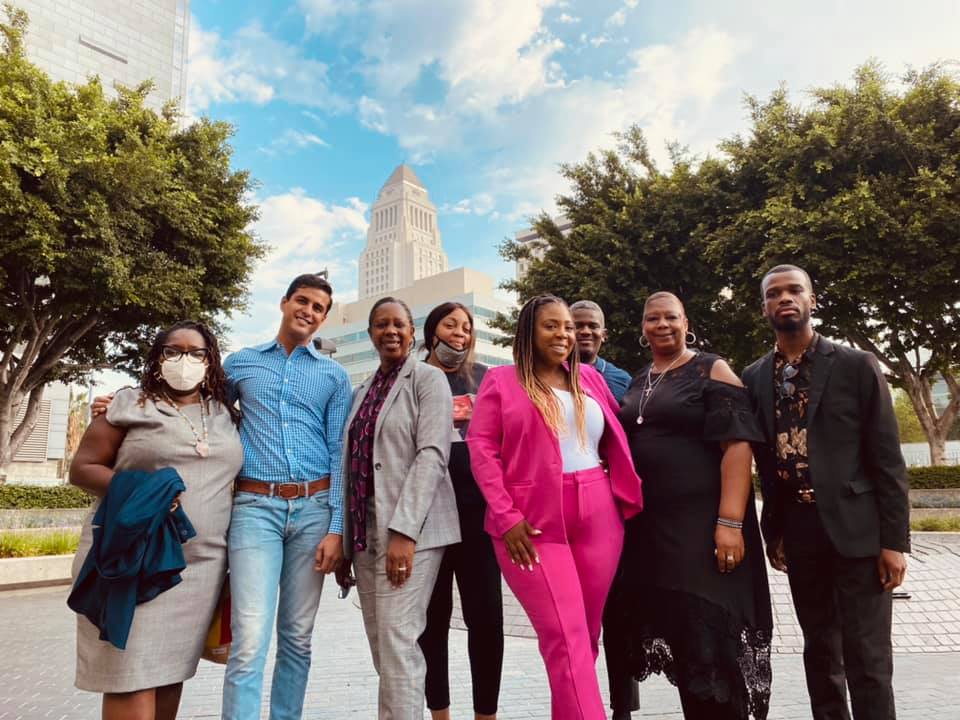 True story.  The day after Ed Buck was found guilty on all nine counts in federal court, I was right back in my office working like nothing had ever happened.  I had just sat through two weeks of a brutal emotionally draining criminal trial for a man I had chased for four years and I couldn’t even savor the victory.  Honestly, I still haven’t, but I plan to.

Fun fact: The work we did to get Ed Buck convicted was work we all did on the side.

That said, I needed to play catch up on the responsibilities that keep me from being homeless.  I am not independently wealthy (yet, lol).

Now, it’s been four years since this journey began, and in that time, and so many people have done things to help get us to last week’s victory.  While I would like to list and name every single person who did something along the way, that would be an impossible task and I’d be setting myself up for failure if I said that I could.  But that doesn’t mean that the help wasn’t appreciated–it was.  And so I want to thank EVERYONE ANYWHERE who did ANYTHING to help get Ed Buck convicted.

Now there are a few other thank you’s I want to single out.

I want to start by thanking the family and friends of Gemmel Moore and Timothy Dean and Ed Buck’s surviving victims for trusting me and our group to lead this fight for justice for them.

I can’t speak for everyone on our team, but I felt an enormous amount of pressure to deliver.  When people entrust you with something so important as getting justice for them, their son, brother, and best friend–that’s not something that you take lightly. It’s a huge responsibility.  I am deeply honored that they put their trust in us and that we were able to bring them some semblance of justice with those nine guilty verdicts.

I want to thank everyone on Team Justice For Gemmel and All of Ed Buck’s Victims—Cory, Sammy, Jerome, Marcus, Mark, and attorneys Nana Gyamfi and Hussain Turk.  It’s been a long four years but we really did it!

I want to thank Detectives Q. Rodriguez, Sergeant Paul Cardella, and Detective John Mundell for being our Special Victims Unit within the L.A. County Sheriff’s Department.

When Gemmel Moore died we were less than enthused with the detectives assigned to the case. As a matter of fact, I think the feeling was mutual.  That’s no secret.  But after Timothy Dean’s death when Det. Rodriguez and Sgt. Cardella took over the investigation, there was a sense that folks were actually working on the case.

I appreciate all of the work they put into this case and it’s not lost on me that there would be no conviction without the investigation they did.  I can’t say thank you enough. Now as far as your boss is concerned—lol.

Our federal prosecutors Chelsea Norrell and Lindsay Bailey, what can I say?  You two are some complete badasses and I hope everyone in the U.S. Attorney’s Office recognizes the work you both did in securing Ed Buck’s conviction.  I also can’t thank you enough.

Thank you to everyone who testified for the Government.

West Hollywood Mayor Lindsey Horvath, you were with us every step of the way for the past four years.  Your support has meant everything to me and our team.  The victory is just as much yours as it is ours.  Thank you.

To our court support team led by Michelle and JayBeez, thank you to everyone who helped us through the trial.

I want to thank the media outlets and journalists who were not afraid to report on Ed Buck and did it compassionately without compromising the truth.  I also want to thank those media outlets who acknowledged the role we played in getting Ed Buck convicted instead of ignoring our work or minimizing our role.

This case did and still does make people uncomfortable.  They just don’t know what to do with it.

I also want to extend a personal thank you to everyone who used their social media following to amplify the name Ed Buck and the lives of Gemmel Moore and Timothy Dean.

Thank you to everyone who shared, reposted, or retweeted news about this case. You have no idea how much you contributed to making sure that Ed Buck’s name was out there and that his victim’s stories were known. I am forever grateful.

Thank you to the 50 LGBTQ and allied organizations including the National Black Justice Coalition, who released a statement to demand a thorough investigation by the Los Angeles County Sheriff’s Department and District Attorney’s Office after Timothy Dean’s death.

Thank you to everyone who gave to the Justice 4 Gemmel and All of Ed Buck’s Victim’s Fund.  When the fund was established it was to help with Gemmel’s final arrangements. It has since morphed into a fund that we use to help with travel for the families, the legal costs for the civil lawsuits and when needed immediate assistance for Ed Buck’s victims.  Your generosity has meant so much to us and we appreciate it.

Thank you to C.M.G, for putting up with me over the past four years and my obsession with getting Ed Buck convicted.

Thank you to all of my family and friends who supported me.

My final thank you is to Dennis Romero for starting me on this journey by connecting me with Gemmel’s mother LaTisha Nixon. Who knew it would have turned into all of this?

If you didn’t see your name singled out, it’s not because you were overlooked. You were included when I said I want to thank everyone anywhere who did anything to help get Ed Buck convicted.

Now to be clear, the work isn’t over. Ed Buck still has to be sentenced, and his wealth redistributed. We’ll be working on all of that.

I have also begun working on a book, a documentary, and a scripted series about Ed Buck and the fight to get him convicted.