Democrats Need to Take A Step Back on Liz Cheney

Democrats should not be too quick to criticize their Republican counterparts on Liz Cheney. 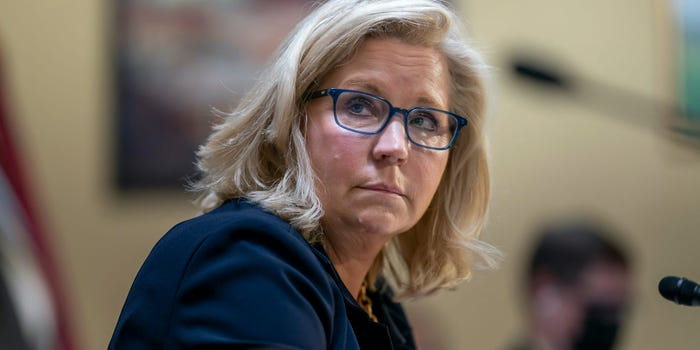 Democrats should not be too quick to criticize their Republican counterparts for engaging in #cancelculture and stripping Wyoming Rep. Liz Cheney of her leadership position because they too have a history of ostracizing Democrats who don’t go-along-to-get-along.

Cheney lost her leadership position in the House of Representatives after she refused to drink the Kool-Aid and said that the Republican Party needs to tell the truth about the 2020 election and the Jan. 6 attack on the Capitol.

What’s happening to Cheney shows that most of her Republican colleagues in Washington are still following the Pied Piper of Alternative Facts.  It’s sad, it really is. Political affiliation aside, at least Cheney showed the ability to be an independent thinker.

But we see the same shady behavior in the Democratic Party–especially at the County and State level Parties.

We saw it with backers of Vermont Senator Bernie Sanders for President who tend to be left of the left.  It’s why back in 2017, Our Revolution, the organization that grew out of Sanders’s presidential campaign, worked to elect over 650 delegates in a bid to take over the California Democratic Party-the largest Democratic Party organization outside of Washington, D.C.

What I’ve noticed is that in the Democratic Party there are lip-service-here-for-the-likes-and-follows-only Democrats–who are in the majority–and then those Progressive Democrats whose words actually match up with their actions and votes–and they’re in the minority.  And whenever the latter steps out of line and goes off script and calls out the former on their bullshit, the former–being in the majority and wielding all of the power–makes sure to kick them back down into place.

Like with the Republican Party, to be accepted and progress among the Democratic Party elite requires you to be a sheeple and relinquish any independent thought–go-along-to-get-along. You are expected to be so happy to be at the table that you don’t care what’s on the menu, let alone have the gall to open your mouth and ask.

In California, I have seen qualified Democratic female candidates for office blocked by their own Party for seats in favor of candidates more likely to go-along-to-get-along.

More recently, California also had the opportunity to elect two progressive and qualified females to lead its state Party and both times delegates went with the moderate male candidate.

Right now if an elected member of the Democratic Party in California even thinks about anything other than stopping the ✌🏾Republican✌🏾 recall of Governor Gavin Newsom–that person risks being ostracized by the Party establishment.

For a Democrat to declare their candidacy for governor would be political suicide–even if it’s to ensure that in a worst-case scenario, Newsom is recalled, Democrats have someone on the ballot. The Party establishment would also be pissed because a Democrat in the race would give the progressive left, who doesn’t like Newsom, a reason to vote yes on the recall.  That part.

So while the GOP may be keeping hope alive for Donald Trump and trying to stay in his good graces by making an example of Cheney–the Democrats would do the same.

I mean good for Cheney for being the black sheep of her party and not backing down from speaking truth to power (and just plain ole’ common sense).

All I’m saying is that us Democrats, we might wanna just watch from the sidelines and keep our comments to ourselves.