I am so over governments punishing single adults. 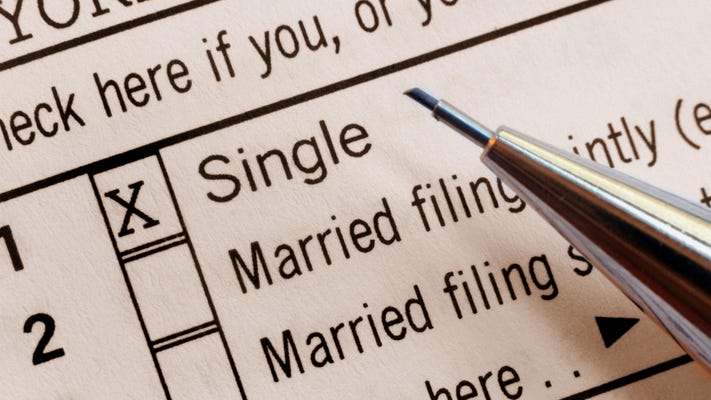 From our tax rate to our exclusion from programs like Los Angeles’ guaranteed income pilot, I am so over governments punishing single adults.

When I read that the only people who could apply to be in LA’s guaranteed income pilot program were adults with at least one dependent under age 18 or a student younger than age 24, or who are pregnant–I said well that’s a big screw you to adults who meet all of the other five requirements including living in the city of Los Angeles, being at least 18 years old with an income level that falls at or below the federal poverty level and having experienced COVID-related economic and/or medical hardship.

Did I mention that LA’s guaranteed income pilot is the largest in the nation?  The pilot program will give 3,000 families $1,000 monthly payments for one year, with no restrictions on how the money is spent.

So what? Now single adults can’t be poor? Or is the message that poor single adults don’t have the same value as adults with minor dependents? Either way, it’s frustrating and another reminder that we need to have advocates at every level of government that do not forget the rest of us.

I was really looking forward to sharing the link and information with folks but was incredibly discouraged knowing that for the pilot program the only people who could apply were adults with minor dependents, a college student under 24, or who are pregnant.

This requirement disqualifies almost all adults who could benefit from participating in the program the most–adults in Skid Row and others who are unhoused in Los Angeles living in motel rooms, their cars, or on the street.

Not to mention what message is this sending to the people who acted responsibly and didn’t have kids because they couldn’t afford them?  The way I see it, and no shade to parents, but there are more resources for you if you are poor and have kids that you can’t afford to feed or house than if you are poor and use birth control or just choose not to have kids.  That can be an actual choice.

It’s bad enough that single adults more often than not pay more than their married counterparts for health care, taxes, and more. Single adults need their government to show up with the same energy they bring to the table when trying to figure out how to help adults with children.

And all of this applies to people regardless of their sexual orientation or gender identity.  Poor is poor and we’re basically saying that poor adults who don’t have children are worth less than adults with minor children.  What about young adults and older adults–the latter of whom might have already raised their children but still are living below the federal poverty level?

Women are by far most likely to be single later in life – roughly half of women ages 65 and older are unpartnered (49%).  Black adults (47%) are much more likely to be single than White (28%) or Hispanic (27%) adults. While 47% of adults who identify as gay, lesbian or bisexual are single, only 29% of straight adults are.

When it comes to their government, single adults are always getting the short end of the stick.  In Los Angeles, it shows when you compare the county’s General Relief allowance to the financial aid that is given to adults with children.  It shows in the selection of those who get rental assistance through Section 8–priority has always been given to adults with children.

But here’s the kicker.  The same people who excluded single adults from the guaranteed income pilot program will want those single adult votes though come election time.

It’s beyond time for single adults to remind the powers that be that their lives matter too.