A controversial video made by two Beverly Hills police officers that makes fun of African Americans and Asian Americans is at the center of the latest lawsuit filed against the Beverly Hills Police Department. 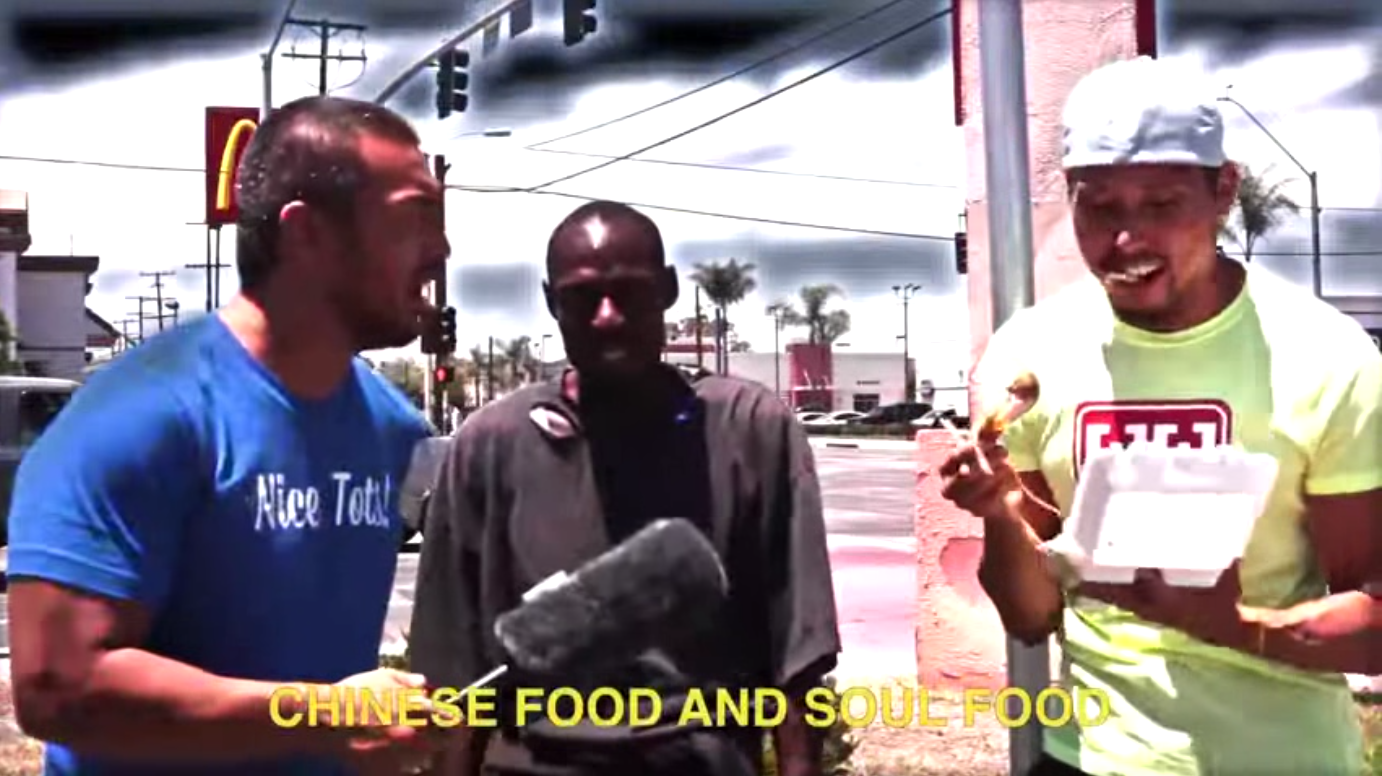 A controversial video made by two Beverly Hills police officers that makes fun of African Americans and Asian Americans is at the center of the latest lawsuit filed against the Beverly Hills Police Department. In the video, which claims to be made in Compton, there is an African American man holding a chicken leg in his hand and an off-duty officer is shown holding a woman’s buttocks along with making derogatory comments about slavery and “master.” In addition to this lawsuit, at least 10 Beverly Hills police employees–including a captain, lieutenants, and a civilian supervisor–have filed legal complaints against the city and police chief alleging discrimination and retaliation from BHPD Chief Sandra Spagnoli against Blacks, Jews, lesbians and people who are not thin and/or young.

According to the latest lawsuit filed by Anne Marie Lunsman, a Native American and African American police officer with the Beverly Hills Police Department, in approximately June 2015, a video entitled “Yellow Fever with Soul” was prepared by Beverly Hills police officers Charles Yang and Stanley Shen and posted on YouTube. The video made fun of African Americans in Compton and Asian Americans. The police department required the video to be removed.

It is unclear from the well-produced video if the African Americans in the video knew that they were being made fun of and that the video would be passed around the Beverly Hills Police Department for laughs.

The lawsuit alleges that sometime after the video was removed from YouTube that BHPD Sergeant Dowling “laughed about the video and showed it to other members of the department.”

Lunsman alleges that Chief Spagnoli “knew or should have known of Dowling’ s conduct because Lt. Foxen and Lt. Nutall told her.”

“They also explained to Spagnoli that Dowling referred to African Americans as ‘lazy’ and used other derogatory stereotypes towards African Americans. Within days of being told about Dowling’s racist comments and the video, Spagnoli promoted Dowling to Lieutenant. (At the time he was also believed to be having a sexual relationship with Spagnoli, based on his spending long periods of time alone with Spagnoli in her closed office, and the pattern and practice of Spagnoli sleeping with her male subordinates at other police departments.) Plaintiff did not have any sexual relationship with Spagnoli and did not receive promotional opportunities that the males sleeping with Spagnoli received.”

Officers within the department have said that the “Yellow Fever with Soul” video was played during at least one roll call for police officers.

The video’s creator, Officer Stanley Shen has since been promoted to Detective by Chief Spagnoli.

The video is just one allegation among many in the lawsuit that includes Chief Spagnoli being accused of having sex with two different subordinates. Sergeant Scott Dowling, who she promoted to Lieutenant after he made numerous racial slurs against African Americans and Marc Coopwood, who was hired as the Assistant Chief at Beverly Hills PD, instead of older, more experienced applicants who were not “banging the chief.”

The lawsuit says that both Spagnoli and Coopwood are going through divorces as a result of their extra-marital affair.

According to the lawsuit Chief Spagnoli has had 21 different complaints of discrimination, harassment or retaliation brought against her that the City Manager and Human Resources Department became aware of and that this lawsuit is complaint number 22.

Before being hired by the City of Beverly Hills, the lawsuit alleges while Chief of Police of San Leandro, Chief Spagnoli “was accused of having sex with her subordinate and giving him benefits in exchange for those sexual favors.”