The second and final day of testimony in Compton Councilmember Isaac Galvan’s voter fraud trial ended with no particular fanfare. 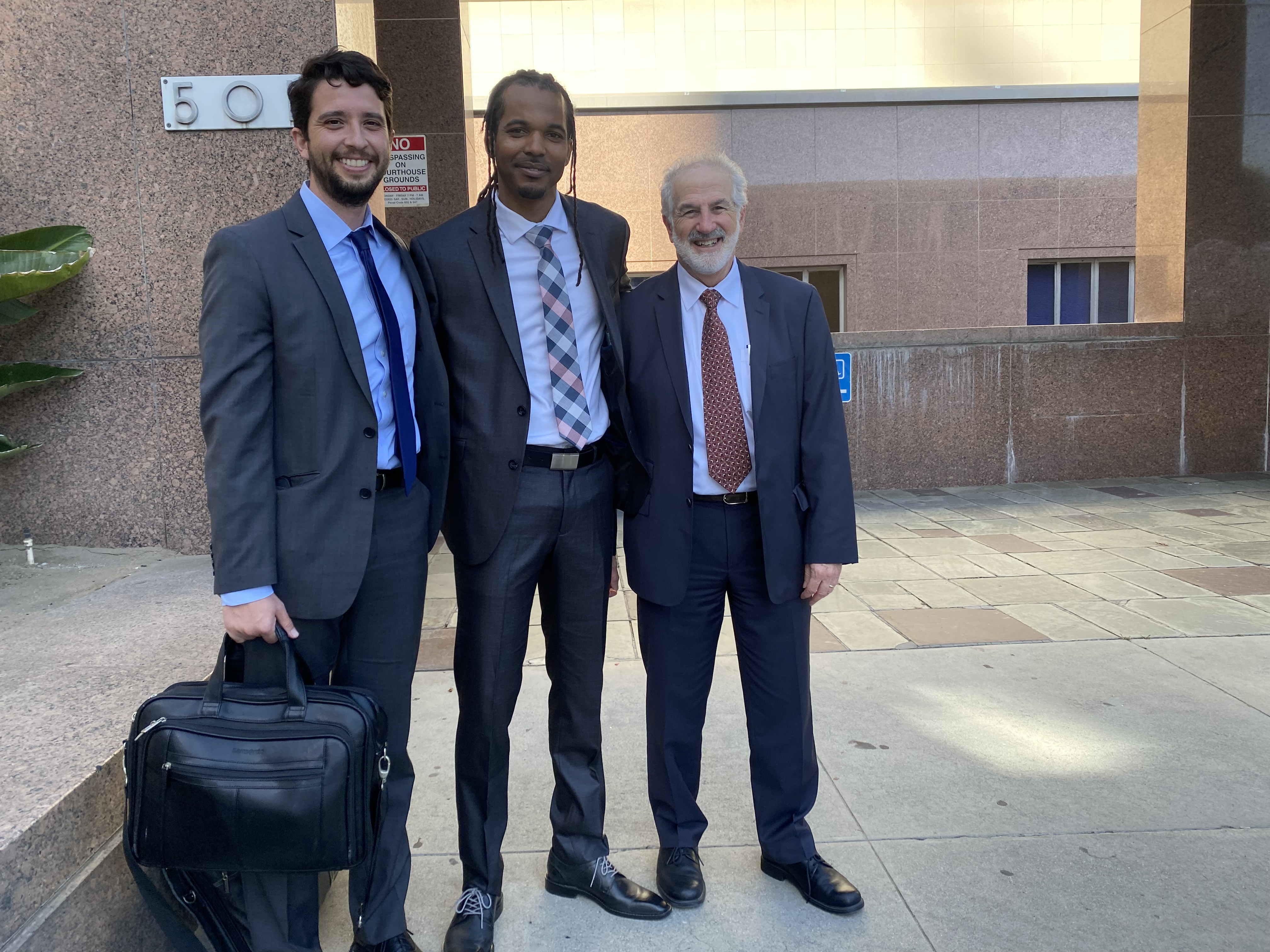 The second and final day of testimony in Compton Councilmember Isaac Galvan’s voter fraud trial ended with no particular fanfare. Given the level of attention that voter fraud has been getting around the country, I would have expected local and national press coverage to be all over the trial of a councilmember from a city as beloved and well known as Compton accused of going into cahoots with one of his opponents to rig an election. But no, I was the only journalist who bothered to care enough to show up to report on the proceedings.

So for folks new to the story, Compton 2nd District Councilmember Isaac Galvan is being sued in civil court (Spicer v Galvan) by Andre Spicer after Spicer lost the June 2021 runoff election to Galvan by one vote–855 to 854.

In California, pleading no contest (sometimes called nolo contendere) in a criminal proceeding means that the defendant agrees to accept a conviction for the crime(s). However, he or she does not admit to being factually guilty when entering the plea. This usually happens because the defendant doesn’t want to admit guilt or go to trial.

But back to civil court where the stakes are just as high as they are in criminal court.

Issac Galvan is being represented in both the criminal and civil case by former Carson Mayor Albert Robles. Spicer is represented by well-known elections law attorney Fred Woocher along with Salvador Pérez. Appearing on behalf of Los Angeles County Registrar-Recorder/County Clerk Dean Logan from the Office of County Counsel was attorney Eva Chu.

Galvan joined the trial via phone from a remote location again since he said he had tested positive for COVID-19.

It’s a bench trial and the judge is Michelle Williams Court.

In a bench trial, the judge makes the final decision in the case after hearing the evidence. The judge not only decides the legal issues in the case, but is also the “fact finder” who decides who to believe and who ultimately wins or loses.

When court recessed for the day on Monday, Toni Morrison was on the stand. Ms. Morris is a defendant in the same criminal case as Isaac Galvan. She pleaded no contest to her conspiracy to commit voter fraud charges.

Monday she testified that she’s a friend of Jace’s and that he registered her to vote after she gave him her ID to register her. Ms. Morris says Jace told her to go to Compton College and vote for him but that she didn’t end up making it there because of work. Jace said that he had a ballot for her to sign. She signed the envelope but doesn’t know who filled out the ballot. Jace turned in her ballot. She says she found out from the District Attorney’s Office that she was registered to vote at Jace’s address and had been charged with fraud.

Ms. Morris was excused by both sides from having to appear back in court for her cross-examination.

Spicer’s attorneys brought Maria Torres in as the first witness of the day.

Maria Torres testified that she lived next door to Jace Dawson in Compton and that when she moved into the apartment building in 2020, she believed Jace was already living there and lived alone. Ms. Torres also testified that Jace moved out immediately after the LA County Sheriff’s Department executed a search warrant for his apartment last June.

Torres testified under oath that the people named in the criminal case, as well as several others registered to vote at Jace’s apartment and other apartments in her building were not residents. She said she knew Jace was a candidate for the city council because he told her and asked her to vote for him.

Things got interesting when Torres explained that Galvan asked for her to vote for him while dropping off free food at her home.

Following Torres, Nilaja Bush took the stand and testified that she’d been registered to vote in Compton since at least 2009. Her vote in the June runoff election was rejected by the Los Angeles County Registrar-Recorder/County Clerk’s (LACRRCC) Office for having a non-matching signature. The topic of her signature was discussed at length on Monday during the testimony of Tanya Ramirez who oversees the ​​Vote By Mail (VBM) Division for the LACRRC. Ramirez testified that both the signature on copies of Bush’s voter registration application and ballot envelope appeared to be the same the signature–even though someone else in her office thought otherwise and rejected it.

Ms. Bush testified that she was told by the LACRRCC that she needed to verify her signature and that she completed the form and returned it. Her vote still wasn’t counted and since Ms. Ramirez said that her office destroys voter records six months following each election, there were no additional records the LACRRCC could provide the court. That’s a huge problem.

This matters because Isaac Galvan won the election by one vote. Unfortunately for Spicer, Ms. Bush didn’t feel comfortable disclosing who she voted for under oath.

She testified to receiving an anonymous phone call stating that Galvan had bribed an election official at the LACRRCC with $10,000 to fix the election in his favor.

Aly, as she is more commonly known, also spoke in detail about meeting and speaking with Kimberly Chaouch who blew the whistle on the Galvan and Dawson’s operation after she wasn’t paid for registering to vote in Compton.

Aly testified that Ms. Chaouch gave her permission to record a conversation with herself and Compton resident Nina Jo. That conversation was played in court and you can hear it below.

In addition, Aly testified that Ms. Chaouch suggested that Aly write both a Facebook post and a letter to the District Attorney’s Office detailing the voter fraud scheme for Ms. Chaouch and she approved of the content of the letter.

Ms. Chaouch, who was homeless at the time and currently still is, pleaded no contest in the criminal case.

Ms. Rivers also said that she was the person who served Maria Torres with a subpoena to appear in court and spoke with her beforehand to ensure her appearance in court on Tuesday.

Surprisingly enough, I was called to the witness stand. I was sworn in but I did not testify. Woocher wanted me to testify to having watched the meeting of the Compton City Council on May 25, 2021, and that the video of the meeting he was going to play was a true and accurate representation of what happened during the meeting. During that meeting, Galvan made a motion to appoint Jace Dawson to Compton Taxpayers Committee. Dawson’s appointment was approved with one dissenting vote, then-Mayor Aja Brown.

This was important because it shows that right after the April 20, 2021 election Isaac Galvan and Jace Dawson had become close enough buddies for Dawson to become Galvan’s appointee. Also in that meeting, Galvan said that he had submitted Dawson’s application to City Clerk Alita Godwin three to four weeks prior. It must have been the day after the election.

At any rate, Galvan’s attorney, Robles, objected, as I knew he would, and it was sustained. However, the video was still shown in court so it worked out.

Reginald Streeter, also a co-defendant in the criminal case took the witness stand next. He invoked his Fifth Amendment right.

The Fifth Amendment to the U.S. Constitution guarantees that an individual cannot be compelled by the government to provide incriminating information about themself– the so-called “right to remain silent.” When an individual “takes the Fifth,” he or she invokes that right and refuses to answer questions or provide information that might incriminate her.

So that was that.

Barry Reed, also a co-defendant in the criminal case, brought his own attorney with him and did the same.

“Do you know a gentleman named Jace Dawson?”

“I invoke the Fifth!”

Reed’s invocation of the Fifth was a little trickier since he had pled no contest on December 14, 2021, in the criminal trial and his plea transcripts were Exhibit 13.

Reed pled the Fifth on questions that were clearly answered by him in his plea transcripts and the judge noted that.

Robles immediately called for a motion for nonsuit.

A motion for nonsuit is a way for a party to challenge the sufficiency of an opponent’s case on the merits before deliberation by the trier of fact. This can be established at the close of the plaintiff’s opening statement or after the evidence has been presented in the case in chief.

After a short break, Robles returned to court to say that the defense rests. Galvan did not take the stand in his own defense and his attorney offered no witnesses.

A couple of procedural things were worked out and Judge Court ordered both sides to present their closing arguments via brief by noon on Monday, Mar. 28.

Judge Court said she would deliver her decision within 10 business days from today.

So let’s talk about the decision that Judge Court can come to.

First, she could find in favor of Isaac Galvan. If she does, things continue on as they have been in Compton and folks have to just hope that he is convicted in the criminal case to get him out of office.

The judge could boot Galvan and just outright appoint Andre Spicer to the seat.

She could decide to invalidate the election results and make Galvan and Spicer run against each other again in a special election.

Finally, she could make Galvan vacate the seat. That would cause Compton to have to hold an open special election to fill the vacancy or the council could appoint someone to serve the remainder of Galvan’s term.

As I said, the stakes are high.

Woocher and Perez put on an excellent case and did a great job working with Spicer and other Compton residents on this.

No matter what conclusion Judge Court ultimately comes to, Andre Spicer and everyone who has been working so diligently in Compton on behalf of the voters of the 2nd District should be commended for seeing this all the way through. This wasn’t easy and there wasn’t a lot of support from other electeds or the Democratic Party in their fight against voter fraud in Compton. In fact, it’s been crickets with very few even wanting to acknowledge this case was going on. In fact, the response has been eerily similar to that of Democratic donor Ed Buck.

When the cameras had gone, the media stopped reporting–they were there and they stayed there and did the damn thing. This whole case is an excellent example of what it means to stay the course and to fight for what you believe in.

Voter fraud isn’t only happening with Republicans, it’s also happening in our communities with Democrats and we do our entire platform and stated values as Democrats a disservice to ignore it and not call out our own. 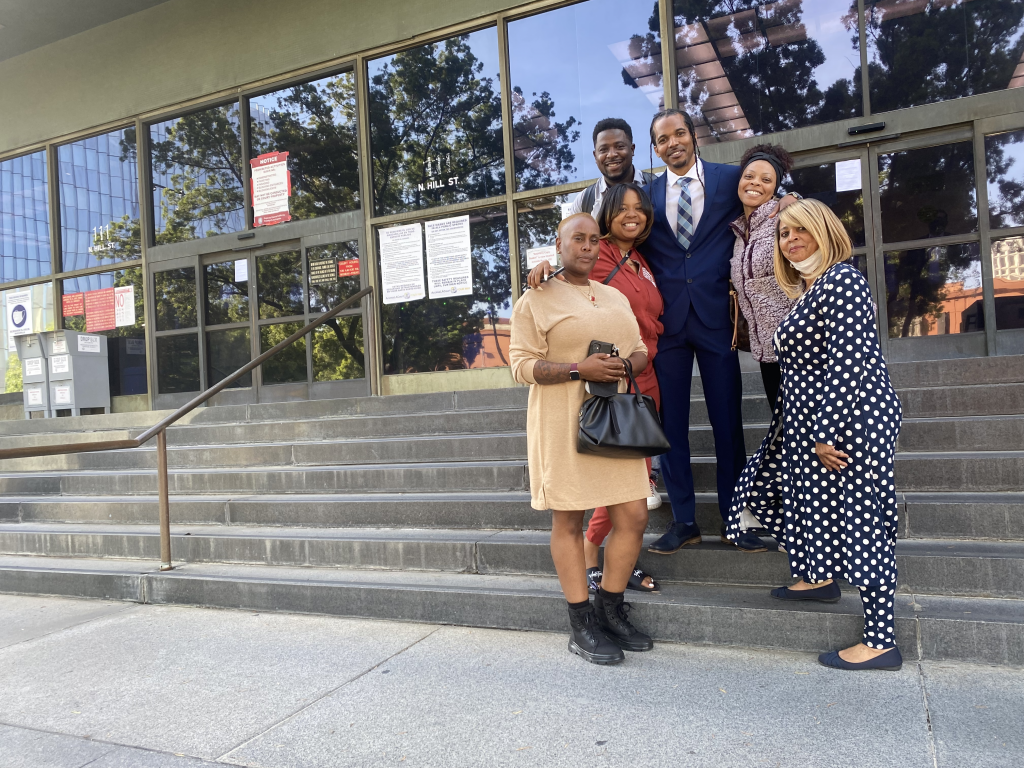