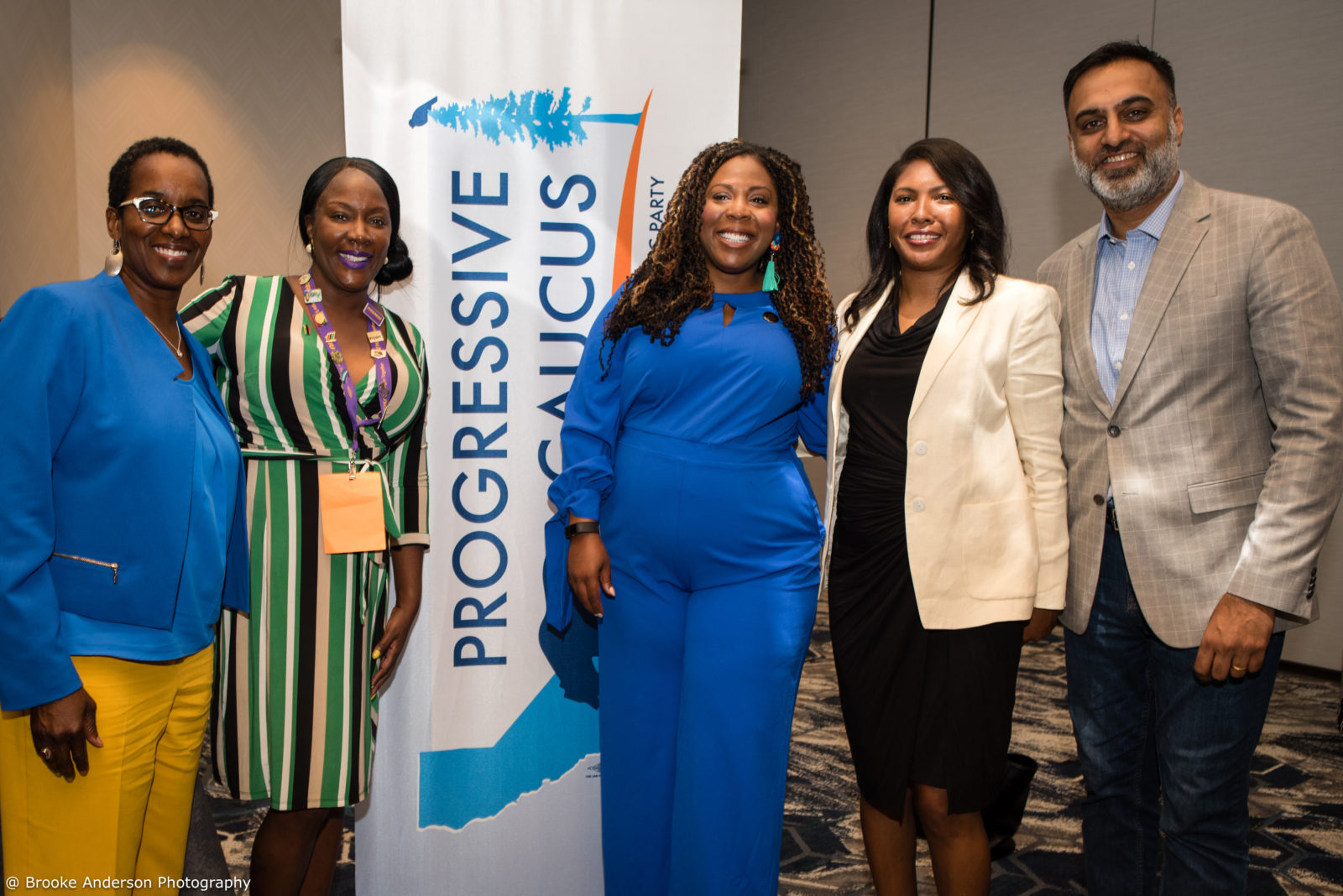 The California Democratic Party, the largest Democratic Party organization outside of Washington, D.C., held a candid discussion with Black women about Black women and the Democratic Party at its summer executive board meeting in San Jose Saturday. Hosted by the Party’s Progressive Caucus, over 200 people, including newly elected Party chair Rusty Hicks listened intently as a panel of Black women from around California discussed their continued disappointment in how the Party treats its most loyal voting block.

“Black women have been the most loyal and effective Democrats across the country for decades,” explained Progressive Caucus Chair Amar Shergill. “However, if we are honest with ourselves, the Party has been taking that support for granted. The Progressive Caucus of the California Democratic Party decided to host this panel and invite our Party leaders to listen because it is imperative that we renew our commitment to supporting and electing Black women.”

The panel started with moderator Jasmyne Cannick admitting like many other Black women she had one foot in the Democratic Party and one foot out because of the Party’s response to the deaths of two Black gay men of crystal meth overdoeses in the home of one of the Party’s major donors.

“At the time of Gemmel Moore’s death our chair was good friends with Ed Buck and because of that this Party said and did nothing. I decided I didn’t want to belong to a Party that doesn’t value our lives,” she told the audience. “But rather than leave, I decided to stay and get involved because the Democratic Party gets the majority of our [Black women] votes and it’s time we discuss our return on our investment with our votes to this Party.”

Other topics that were addressed by the panel included the lack of support by the California Democratic Party for Black women candidates with panelists all agreeing that there is little support for Black women when they run for office.

Cannick, who is running for Los Angeles County Democratic Party’s County Central Committee in Assembly District 53 which includes Boyle Heights, Downtown Los Angeles, East L.A. and Koreatown and is less than 3 percent African-American, talked about the lack of Black women elected as Party delegates if they are not coming from traditional Black areas and the lack of support of the elected leaders who represent those areas for Black women.

“It’s racism,” responded Jovanka Beckles, who recently ran as a Democrat to represent California’s 15th Assembly District and received over 46 percent of the vote to her white female Democratic opponent. “It’s unconscious racism. I ran for Assembly District 15 and I found it so fascinating that there were literally signs in yards that said Black Lives Matter and yet they also had signs for my opponent — a white woman. We’re talking about the unconsciousness of racism. You can’t say Black Lives Matter and not support a Black woman who has been doing this work for a long time within your own community. You can’t say Black Lives Matter and you don’t support those Black women who are running for office.”

Taisha Brown, chair of the Party’s African American Caucus explained that Black women can lead and represent areas that are not traditionally Black.

“With gentrification I don’t even think there are any Black communities in California anymore — at least not in San Diego,” she told the audience. “It’s very mixed. I happen to believe that Black women can serve all white communities, all Latino communities — all Asian communities. We’ve always been inclusive in everything we do. That’s just part of our nature to be inclusive. I feel that when Kimberly Ellis ran [for California Democratic Party Chair] the first time she was qualified. She was way more qualified than Eric Bauman in my opinion. But she’s a Black woman and that’s the one thing that people looked at and they judged her because she is a Black woman.”

Kimberly Ellis, an African-American, progressive Democrat and Bay Area grassroots activist, lost her second bid for chair of the California Democratic Party earlier this year to Rusty Hicks after first running and losing by 62 votes to Eric Bauman who ended up resigning amid sexual harassment allegations last November.

If she would have been elected, Ellis would have been first Black woman to serve in the state party’s executive role in more than 30 years. Her loss has been blamed by many on the Party’s internal issues around race, gender and politics.

Another hot button issue was lack of Black women employed in leadership executive positions by the California Democratic Party or as consultants.

“Black executive leaders and decision-makers, that’s who we want to see in the Party,” said Dallas Fowler. “I also want to see executive leadership in the Party that looks like me. Executive leadership, decision-maker — that’s who we want to see. When we talk about the contracts, the Party spends over $100 million when it comes down to our mid-term and general elections. And when we look at the contracting to African-American companies — consultants — you’re only talking about $50,000 if that of that money. So we have to really work on the supplier diversity of this Party. We have an opportunity to do that and it starts with these types of conversations. When we look at the contracts and the money that the Party reports, we want to see diversity as opposed to some of these big shops that continue to get the contracts year after year after year and we don’t get the opportunities to lead.”

All of the panelists thanked chair Rusty Hicks for attending the panel and listening to their concerns.

“Our Party’s diversity is our strength,” said Hicks. “I’m proud of the progress we’ve made — including hiring experience African-American women leaders in our executive team and more diversity in our standing committees — but there’s much more to do. We look forward to working with the Progressive Caucus to push for greater representation at all levels of our Party.”

According to exit poll data, the turnout rate for eligible Black women voters was about 7 in 10, higher than any other race or gender subgroup — and reliably Democratic. Exit poll data show some 96% of Black women who voted in 2008 and 2012 cast ballots for President Obama, while a majority of white women voted for his Republican opponents. Black women were also the Democratic Party’s most faithful voters in the 2018 midterm elections, with 92% of those who voted supporting Democratic candidates.