The murder sent ripples through the predominantly white and wealthy Los Angeles suburb. 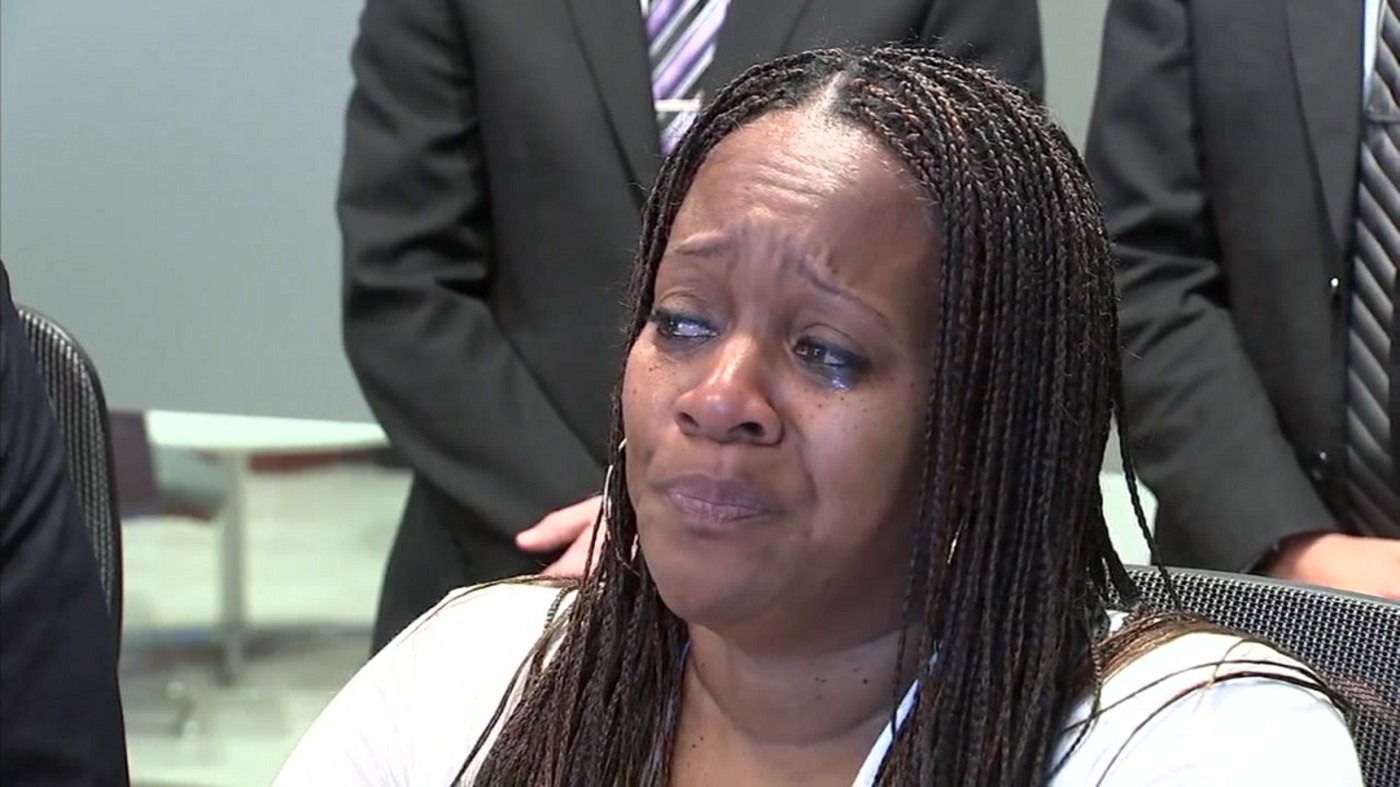 When Cherie Townsend dropped her 12-year-old daughter off for a playdate in Lomita and headed to a nearby mall in one of the wealthiest cities in Los Angeles County — it never occurred to her that she didn’t belong there. She just wanted to waste time while waiting to pick up her daughter and maybe get a little shopping in.

That one decision — so insignificant at the time — would change her life forever because two weeks later while driving on the freeway, she was pulled over by the police and arrested for murder.

39-year-old Cherie Townsend was arrested for the May 3 fatal stabbing of 66-year-old Susan Leeds. Leeds was murdered in the parking garage of the same mall Townsend had visited while her daughter was on a playdate.

The murder sent ripples through the predominantly white and wealthy Los Angeles suburb.

At the time sheriff’s department investigators theorized that the motive was robbery. Initially, a homeless man was arrested and questioned but then released. During a news conference, Los Angeles County Sheriff Jim McDonnell said that Leeds, a retired nurse, had parked her 2016 white Mercedes-Benz SUV on the first floor of the Promenade on the Peninsula’s parking structure on May 3. The sheriff said Townsend’s vehicle, a gold 2008 Chevrolet Malibu, was also parked on the same floor.

Townsend, who is African-American, had no idea she was even considered a suspect in the brutal murder of Leeds who was white.

“I was driving on the freeway talking on the phone and noticed that a car was following me,” she explained. “I told my friend on the phone that I thought I was being followed.”

Not soon after Townsend says that she was pulled over by the California Highway Patrol and almost immediately she was surrounded by police cars and officers with their guns drawn and pointed at her.

“The next thing I know, I look up at my rearview mirror and there are about seven or eight police cars and they ask me to throw my keys out of the window and to slowly open my door and step out of the car.”

Townsend says no one would tell her what she was being arrested for.

She was eventually taken to the Sheriff’s Department’s Walnut station where she says she voluntarily submitted to being questioned by detectives.

“I didn’t have anything to hide,” says the former probation officer turned stay at home mom.

Townsend says detectives told her that a woman was killed in a shopping center and that they found her phone — a phone she says she had lost on May 3.

“They asked me did I see anything and I said no,” explained Townsend. “They asked me why I was there so I told them. Then they started asking me questions like do I have trouble with my finances and how do you pay your bills.”

Townsend said the detectives told her the woman killed had been robbed and that they believed that she knew something.

The soccer mom of two who splits her time between driving her son to football practice and her daughter to acting auditions, gymnastics and cheerleading events, says she’s never even been in a fight and completely broke down crying and hyperventilating while the detectives took turns playing good cop bad cop.

Crying, Townsend recounted the detectives telling her that she wasn’t going home and that they were sure they were going to find her fingerprints and DNA.

Barely audible she says, “I told them I was innocent and they weren’t going to find anything.”

But even more troubling than that the single mother says is what the detectives told about why they targeted her for the crime.

“They told me that I didn’t belong at that mall,” a reference she understood to mean because she was Black.

“They had to blame somebody, and I was it. Because like they explained to me in interrogation, they told me I didn’t have any business over there,” she says. “I’m not rich enough to be there, or I didn’t have the right car, or I didn’t look the part.”

Still professing her innocence, Townsend was put in jail for five days during which time Sheriff McDonnell, who was in the middle of facing two challengers in an election the following month, held a news conference where he identified Ms. Townsend as the murder suspect to the media.

But without any physical or circumstantial evidence, Townsend was eventually released from jail.

Asked if the announcement had been a mistake, McDonnell said, “No, I thought it was what we needed to do to be able to let the community know where we were on the case. There was a lot of interest in that case, certainly, and a lot of anxiety, and to the degree that we were able to provide some closure, some comfort to that community, we wanted to do that.”

Nearly five months later the murder of Susan Leeds is still unsolved and Cherie Townsend is dealing with the aftermath of being publicly accused of murder by the sheriff.

She says that her entire life has changed and the lives of her two children. She lives in hiding and has been diagnosed with post-traumatic stress syndrome or PTSD. Townsend says that she was an active parent involved in all of her children’s activities but that has stopped. She’s scared to be in public because she thinks that everyone looks at her like she’s a murderer and when she sees the police she gets nervous with fear.

The Sheriff’s Department still has custody of Ms. Townsend’s car and everything in and has not made any further contact with her since she was released from jail in May.

For his part in seemingly being more concerned with pacifying the wealthy white voters of Rolling Hills than finding the real murderer, Sheriff McDonnell has not issued either a public or private apology to Ms. Townsend for wrongly accusing her of murder.

“At the very least he owes me and my children an apology. He ruined our lives.”

A NBCLA investigative report on Townsend’s story noted that the Sheriff’s Department detectives on the case declined to be interviewed. According to NBCLA, “the department would not say if it still considers Townsend a suspect, but her name is not mentioned in a new written statement.”

NBCLA also reported that the department says the case “has proved to be a very complex, active investigation,” and says “with the lack of eyewitnesses, the physical and forensic evidence collected is continually being re-evaluated.”