Following the Louisiana Supreme Court's "lawyer dog" faux pas and just in time for Thanksgiving, Monday, a jury found a Black man innocent of murder after a white prosecutor grilled the defendant's father on the stand about barbecue. 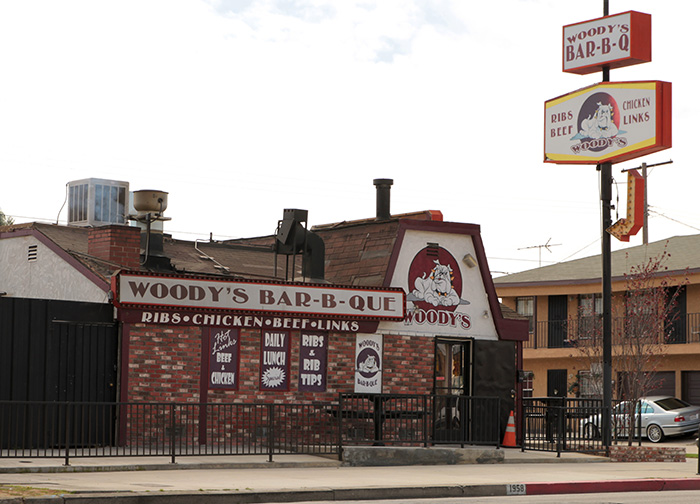 Following the Louisiana Supreme Court’s “lawyer dawg” faux pas and just in time for Thanksgiving, Monday, a jury found a Black man innocent of murder after a white prosecutor grilled the defendant’s father on the stand about barbecue.

“He said I’m going to play this audio of a jail call between your client and his father,” she explains.

Her client being 39-year-old Mark Lequan Alford who was on trial in Superior Court in Los Angeles after three years of languishing in Los Angeles County jail on a charge of murder with the special circumstance of murder during the commission of a robbery and the special allegation that he personally and intentionally discharged a handgun.

The charge stemmed from the April 25, 2014 fatal shooting of Kevin Williams at South Los Angeles in the 6500 block of South Western Avenue.  Prosecutors alleged that Alford and another man entered the business just before 5 p.m. and tried rob Williams. When Williams resisted, a fight ensued and Alford shot the victim once, prosecutors said.

Attorney Gyamfi continues, “The DA said he was going to play this audio and that he was just trying to be transparent by letting me know.  So then he gave me the transcripts, so I looked at the transcript of the call and I turned to him and I said, ‘You don’t want to ask him that question.  You need to leave that alone.’ And he was like no and I was like you want to leave that alone and he ignored me and proceeded to ask my client’s father about ‘The Wood’ and ‘Woody’s.'”

“And did you talk to anybody named Woody?

“Did your son ever tell you, when you talked to him on the phone, that he wanted you to find or go talk to someone named Woody?”

“So he never told you to go look for a place called “The Wood” or “Woody” or anything like that?”

It’s at this point court transcripts show that Carmack asked the judge to play the audio from the call in court to the witness and for the jury.

Attorney Gyamfi says that the jury was sitting at the edge of their seats.

“Because they were about hear this audio that’s going to prove that in fact Tony Alford, my client’s father, knows who Woody is,” she explained.  “And what do we get on the audio?  We get my client saying, ‘I used to walk back past Woody’s to buy blunts.’ At which point two of the Black women on the jury chuckle aloud because they realized as I realized and as my client’s father confirmed on redirect, that Woody’s is the barbecue spot–not an individual and not a human being.  Therefore, causing the DA’s impeachment effort to fall flat on its face and then roll over.”

Court transcripts show that upon Attorney Gyamfi’s redirect of her client’s father, that he identified Woody’s as being, “A barbecue stand right on the corner of Florence and Gramercy.”

Gyamfi says that the DA was also concerned about the “99.”  So for good measure and to clear up any further confusion on the DA’s behalf, she questioned her client on what was the “99.”

“The 99 Cent Store is across the street from Woody’s.”

“The DA thought that my client’s father was going by the salon where Mr. Williams was killed to see a guy named Woody. That somehow maybe my client was talking to his father about going back to where the shooting had occurred to try and talk to a Woody about the case or that maybe he went over there after he did the murder.  They were trying to connect my client to a Woody and this barbershop.”

With no DNA evidence, no weapon and no eyewitness testimony identifying Mark Alford as the shooter, it took the jury just a few short hours to reach a not guilty verdict on their first day of deliberations.

Alford was facing life in prison without the possibility of parole or the death penalty had maintained his innocence even under intense pressure from Los Angeles Police Department detectives and waited three years in jail for his trial to take place.

“I told the DA before he played the audio that they should require DA’s on these cases from the hood to drive around the neighborhood,” Gyamfi said.  “And so after he finished I turned back to him and said, ‘As I said before, DA’s need to drive by the neighborhood if you don’t know it before you start trying to bring names up in a case.'”

Gyamfi concluded by saying, “Because if you don’t know about Woody’s, chances are you don’t even have friends that are Black that bring you by Roscoe’s and Woody’s–the places that Black people take their white friends in South L.A.  You don’t have no Black friends if you don’t know Woody’s Barbecue.”