'Family Day' brings together families of those killed by the police 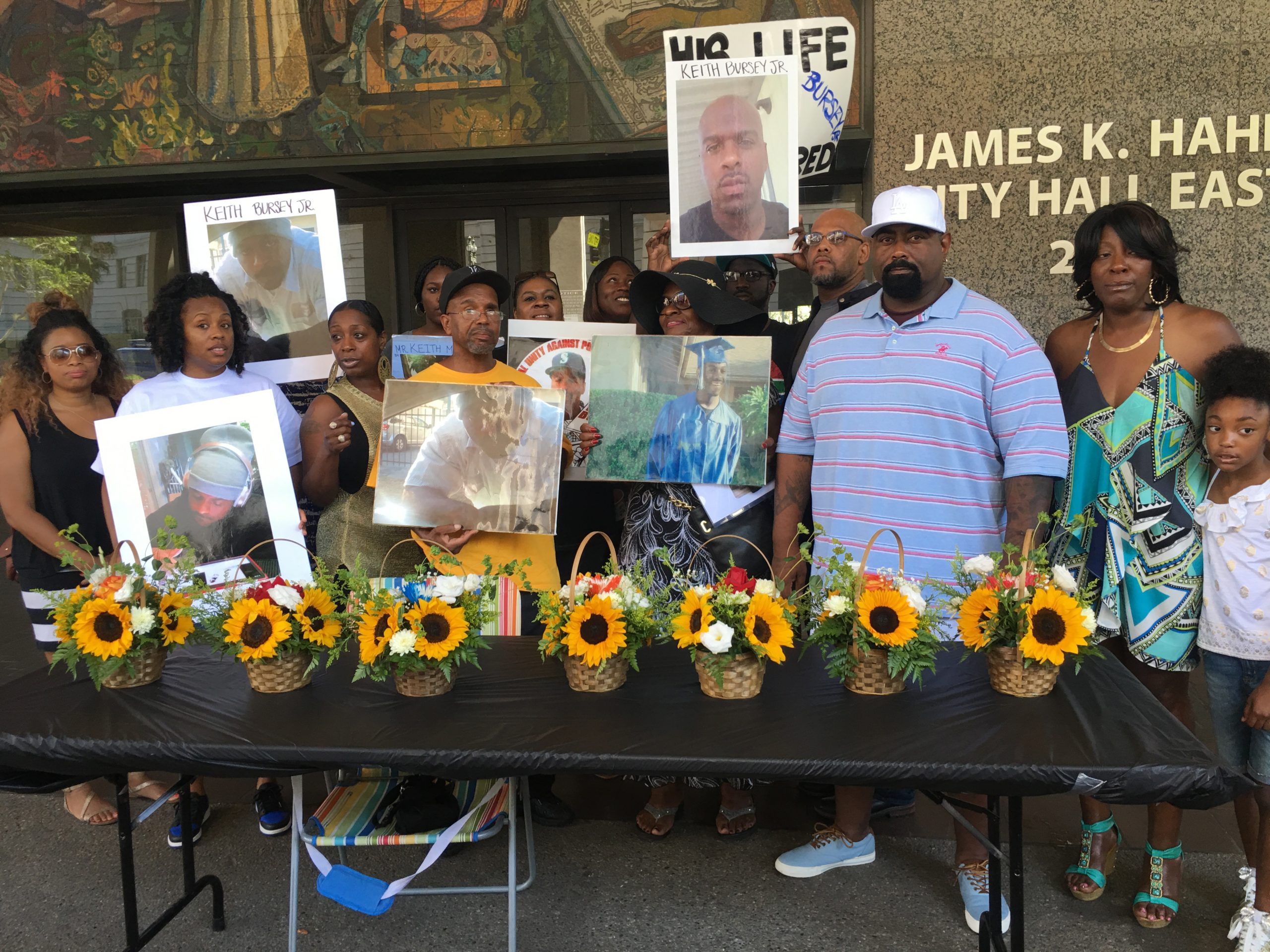 On Sunday, July 24, day 13 of Black Lives Matter Los Angeles’ 24-hour protest calling for the firing of Los Angeles Police Chief Charlie Beck, the group brought together for the first time the families of those recently killed by the police or who died while in police custody under suspicious circumstances in Southern California for what the group called “Family Day.” Standing in front of City Hall East in downtown Los Angeles the families of Mitrice Richardson, Ezell Ford, Keith Bursey, Meagan Hockaday, Nephi Arriguin, Wakeisha Wilson and Kendrec McDade gathered together many meeting each other for the first time. Together they represented victims killed by the Los Angeles Police Department, Los Angeles County Sheriff’s Department, Pasadena Police Department and the Oxnard Police Department.

24-year-old Mitrice Richardson was found dead August 9, 2010 after she went missing after being released from the custody of the Los Angeles County Sheriff’s Department on September 17, 2009.

19-year-old Kendrec McDade was killed by Pasadena police officers on March 24, 2012 after a false 911 call said that he was armed with a gun.

25-year-old Ezell Ford was killed by the LAPD on August 11, 2014, after a questionable stop by two Los Angeles police officers on 65th and Broadway in South Los Angeles. Sharlton Wampler and Antonio Villegas, gang enforcement officers in the LAPD’s Newton Division, said they believed Ford was trying to dispose of drugs that were in his possession, which Wampler felt was sufficient evidence to arrest him. No drugs were ever found in the vicinity. As the two year anniversary approaches, Ford’s mother has said she is prepared to chain herself to District Attorney Jackie Lacey’s office for an answer on whether Lacey will charge the officers involved.

Meagan Hockaday was a 26-year-old African-American resident of Oxnard was shot and killed by the Oxnard Police Department on Saturday, March 28, 2015 after a 911 call made by Hockaday’s fiancé, reporting a domestic dispute. Within twenty seconds of arriving at the family’s apartment, officers fatally shot Hockaday with the couple’s three children in the apartment at the time.

Los Angeles County Sheriff’s Deputies killed 21-year-old Nephi Arreguin May 7, 2015 in Cerritos after deputies claimed he attempted to run them over. Deputies said they had been investigating reports of a suspicious couple knocking on doors in the neighborhood.

36-year-old Wakeisha Wilson died at a hospital on the morning of March 27, 2016 about an hour after she was found hanging in her cell in the LAPD’s Metropolitan Detention Center. Wilson was arrested on suspicion of battery shortly before 1 a.m. March 26 and booked into an LAPD jail two hours later. Her family was never notified by the LAPD and only found out about her death after being told to call the coroner.

Keith Bursey Jr. was a 31-year-old black man fatally shot by the LAPD on June 10, 2016 near West Slauson and Brynhurst avenues after gang enforcement officers stopped a car he was in and said a man with a gun got out.