For years I have talked about the exclusion of Black immigrants and migrants in the immigrant rights movement. For far too long, immigrants and migrants–especially in Los Angeles–have been synonymous with Mexico and Central America, even though this city has the largest population of Belizeans outside of Belize and enough Ethiopians to warrant the creation of a “Little Ethiopia.”

Tuesday, Black immigrants came together to host the first mayoral forum focused on the issues of Black immigrants. Of the candidates running for mayor, Congresswoman Karen Bass and Gina Viola were the only two candidates to participate. Mike Feuer had agreed to participate but then like Ace of Base, saw the light and dropped out of the race and endorsed Bass.

However, LA’s self-proclaimed immigrant rights activist candidate Councilmember Kevin de León declined–not once but six times. A total of six dates were presented to de León, and not surprisingly, he could not find 30 minutes to speak to Black immigrants. 30 minutes. I mean he doesn’t talk to Black people, so why would we think he would speak with Black immigrants? But I do have to give it up to Kevin. He managed to go the entire campaign season ignoring and avoiding Black people. Black candidates could never get away with that. We have to visit, appeal to and employ the United Nations or else we are labeled racist. 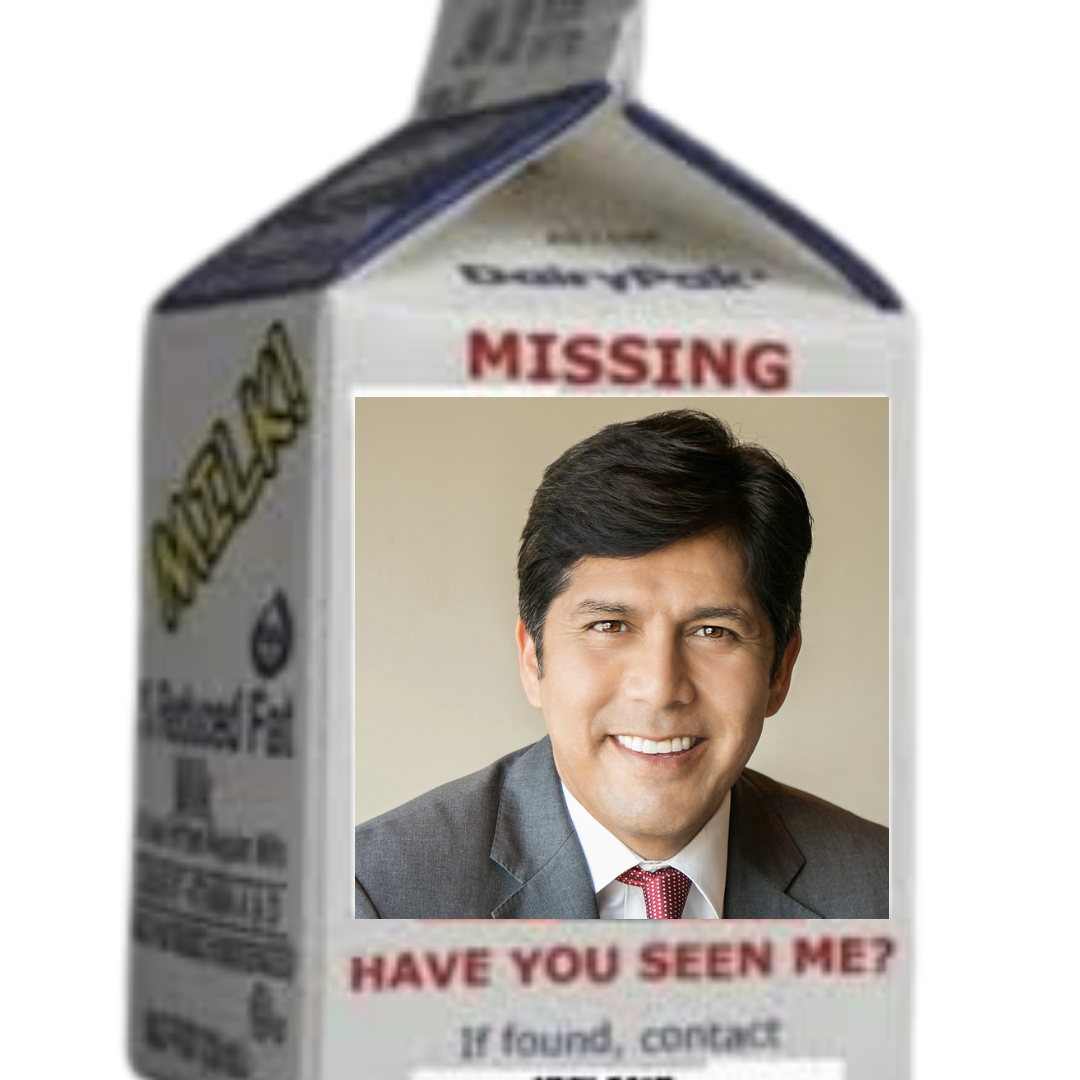 Rick Caruso. Well, what would have been the point in inviting him? If he doesn’t like African Americans, then I am pretty sure his anti-Black and anti-immigrant stances include Black immigrants. Needless to say, an invitation was not extended. 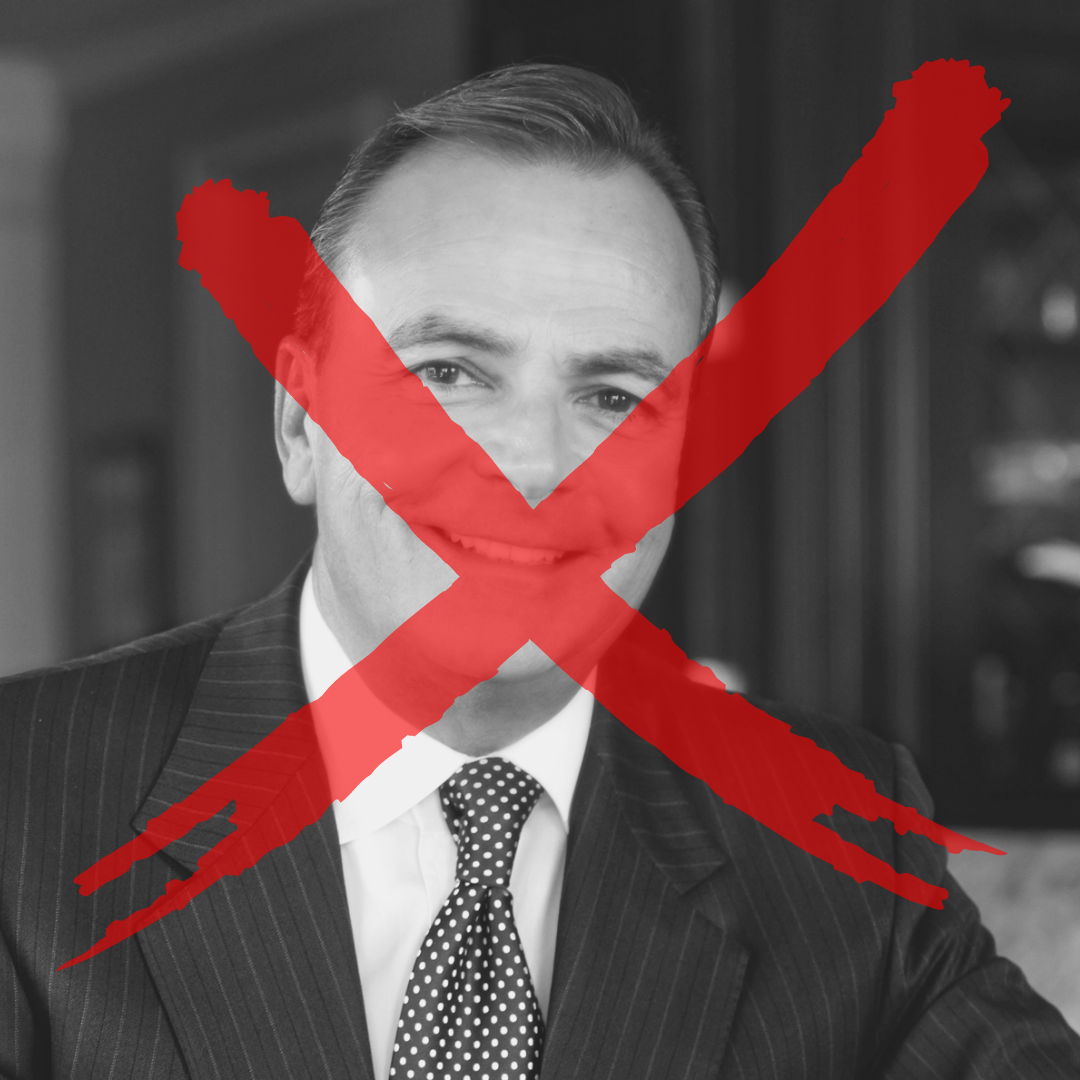 Organized by the Black Alliance for Just Immigration (BAJI), the Black Migrant LA Mayoral Forum was held in Little Ethiopia at Messob Restaurant to a standing room only in-person audience.

I asked BAJI executive director Nana Gyamfi why they use migrant instead of immigrant.

Now I will say, that, for the most part, Black migrants have the same concerns as most Black voters. They care about homelessness, access to city resources, criminal justice reform, and public safety. But on top of those issues, they are concerned about the preservation of Little Ethiopia amidst rapid gentrification, the high detention and deportation of Black migrants, and the return of beloved cultural events like the African Marketplace.

The subject of the Mayor’s Office of Immigrant Affairs did come up.

Can’t-get-rid-of-him-fast-enough Mayor Eric Garcetti re-established the Office of Immigrant Affairs in 2013 to “promote and advance the economic, cultural, social, and political well-being of immigrant communities in the City of Los Angeles.” Below is a photo from the current website. How many Black people do you see? It’s no wonder that Black migrants say that they are being excluded and are not getting the same information as other migrants for city resources.

During the 90-minute forum, at least 20 different African and Caribbean countries were represented.

Both candidates were received warmly. 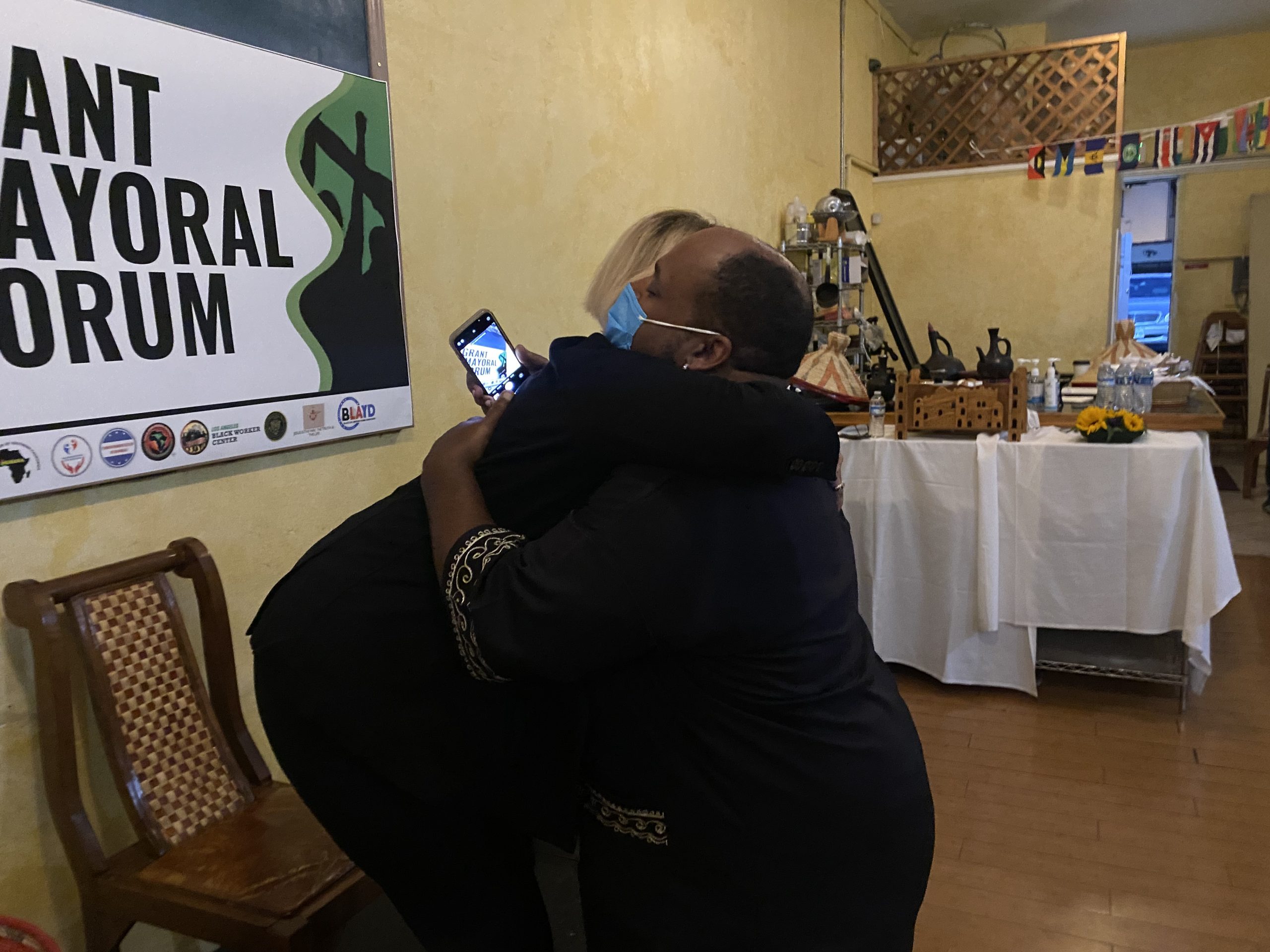 I loved how each person who was asking a  question first introduced themselves in their native language, followed by English.

“Black migrants are too often made invisible in discussions about the needs, challenges, and aspirations of migrant communities even though Black migrants face disproportionate harm and barriers due to our Blackness” shared Nana Gyamfi. “These harms include criminalization, detention and deportation, exclusion from benefits, and a lack of access to culturally competent information about County and City relief and services.”

BAJI’s Black Migrant LA Mayoral Forum was a first, and it was a success. I expect that as Black migrants work together and consolidate their power, we’ll be hearing more from them–as we should.

The election is June 7. I’m going to go out on a limb and say that come June 8, Bass and Caruso will be the only two candidates vying for mayor and as much as it’s going to hurt him to have to do so, Kevin de León is going to have to endorse a Black woman for mayor. Oh, I can’t wait!